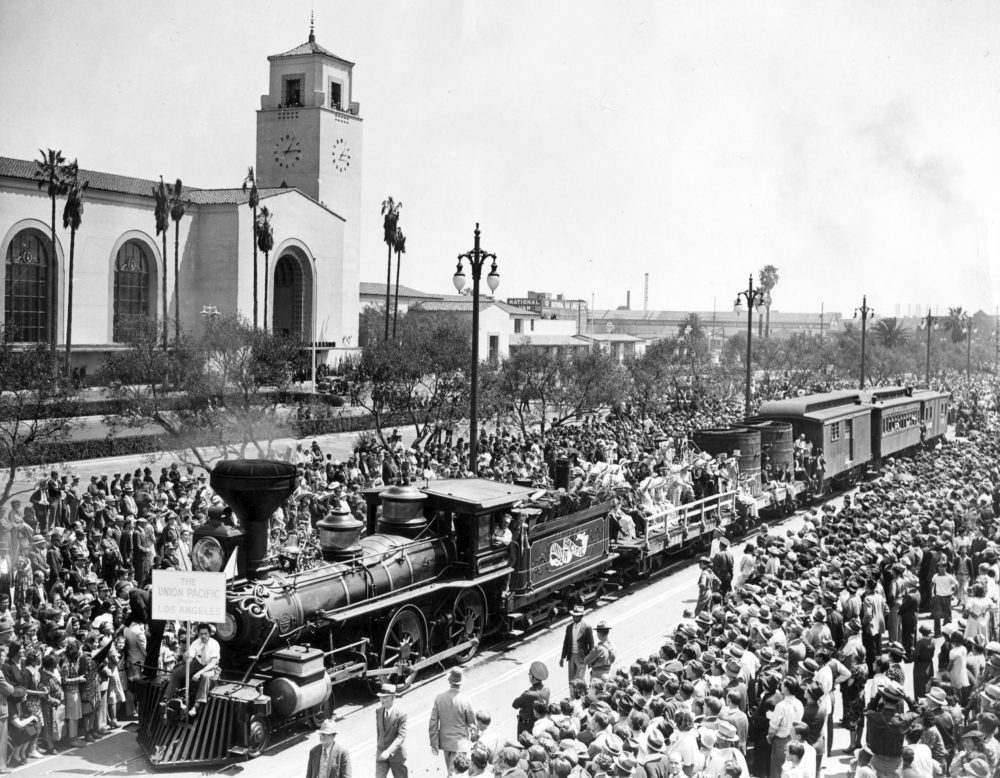 The Los Angeles County Metropolitan Transit Authority and The Film Noir Foundation have teamed up to offer free screenings of iconic noir films in an ideal setting: the historic Union Station in downtown Los Angeles.

The Fall program kicked off this past weekend with the screening of the 1950 film Union Station directed by Rudolph Maté and starring William Holden and Nancy Olson. “A sharp-eyed woman spots a man with a gun on a train and her alert to the railroad police lead to the kidnapping of a blind heiress by a ruthless thug,” the IMDb plot reads. Though the film takes place in Chicago, it was actually filmed inside of LA’s Union Station, making it the perfect place to watch the film and premiere this new series.

Programming continues in November and December with Robert Siodmak’s Criss Cross and Byron Haskin’s Too Late for Tears. Both films include scenes shot inside the station, and will be presented by Film Noir Foundation board member Alan K. Rode. The December showing of Too Late for Tears will include a guest appearance by Richard Duryea, son of Dan Duryea, the star of the 1949 crime classic.

Criss Cross screens on November 4 and Too Late for Tears will show on December 2. Admission is free and doors open at 7:30 with the films starting at 8.

You can now become a weed sommelier