MacArthur Park has plans for a $20 million rejuvenation

The city’s engineering department has drafted a $20 million plan to overhaul the Central Los Angeles area of MacArthur Park. The proposed renovations are a bid to revitalize the late nineteenth century park’s aging infrastructure and make the space more user friendly, reports the LA Times.

The extensive plan is the outcome of a number of community meetings, which sought to hear from those living in the Westlake neighbourhood in order to determine the renovations they believe to be the most important.

The 32 acres of land is currently home to a playground and soccer field, as well as a number of picnic tables around the lake offering families and community members space to gather. Councilmember Gil Cedillo wants to add a new boathouse, outdoor classroom, more areas for fitness and recreation, as well as updating the restrooms and renovating the entrances to include wheelchair accessibility. 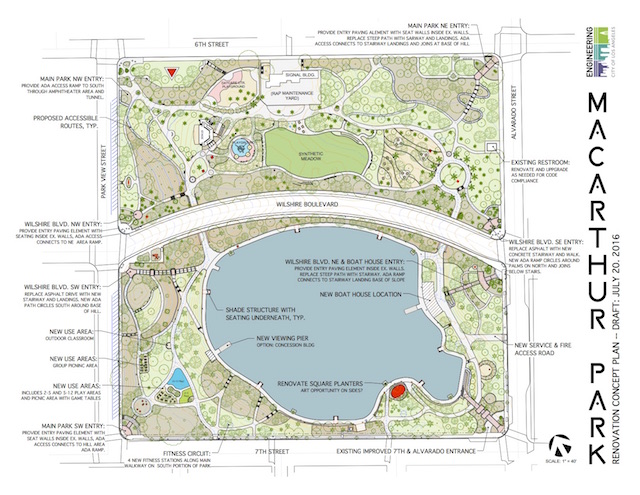 The project is a work in progress. So far, the city has secured only $1.6 million in federal money for the renovation. More is expected to be sought from public and private sources as the renovations roll out.