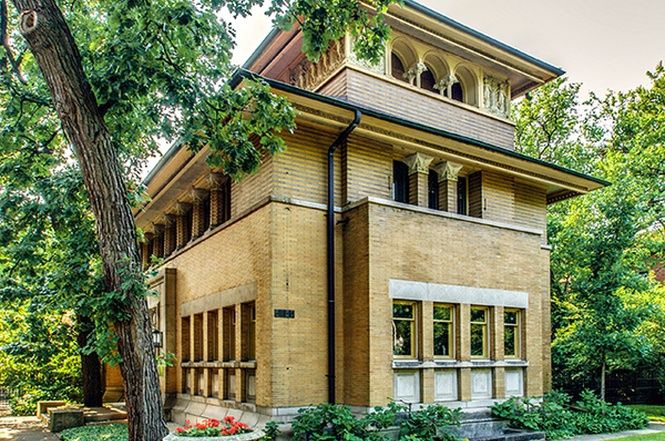 Frank Lloyd Wright’s Isidore Heller House in Chicago is back on the market. Designed by Wright in 1896, the home is one of the most important surviving examples of his emerging Prairie style.

The home is historically significant as it marks a turning point in the design philosophy of one of America’s most significant architects. When completed in 1897, the residence signalled Wright’s turn away from the ornamental style of his mentor Louis Sullivan in favour of something much more geometric. This work came to be known as Prairie School architecture, which is defined by horizontal lines, flat or hipped roofs with broad overhanging eaves, windows grouped in horizontal bands, and an integration with the landscape. 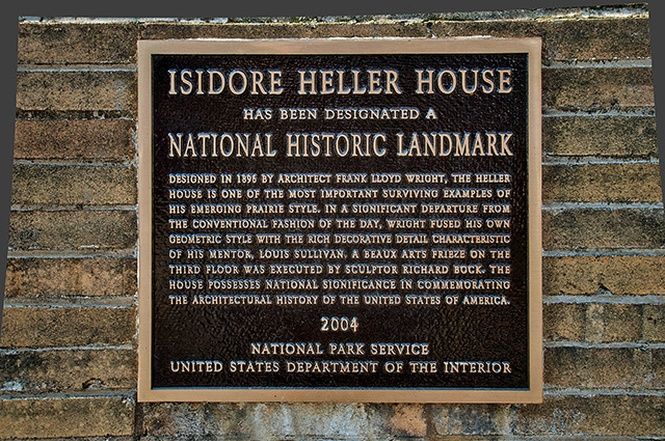 Heller House has been a national historic landmark since 2004 and is set on a long, narrow lot in Chicago’s Hyde Park neighborhood. “Hyde Park has recently become an even more interesting and alive neighborhood. There is of course excitement about the Obama Library,” the listing agent notes. The home’s 6,100 square feet have been well-preserved, and the asking price is $2.425 million.

A Saved by the Bell-themed pop-up in Chicago