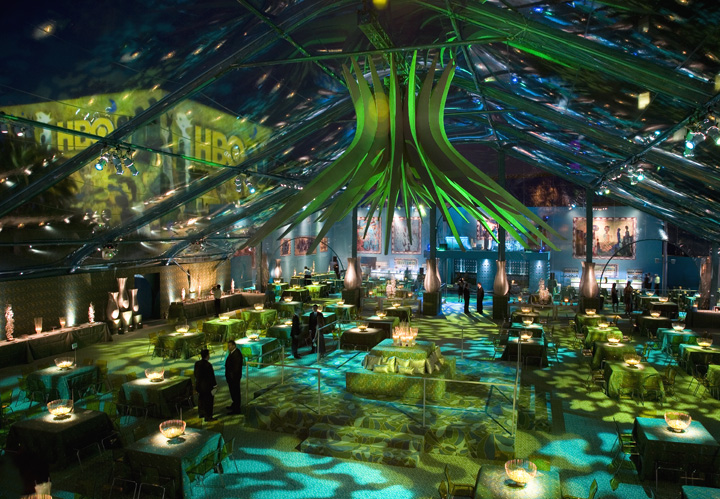 Of all the extravagant fetes that pop up around Los Angeles during Emmy Awards weekend each fall, by far the largest and most opulent is HBO’s annual after-party that spreads across the main floor of the Pacific Design Center in West Hollywood. The event—a fitting affair for the premium cable channel that usually has a ridiculously high tally of gold statues—is as much known for its neon pops and swirls of magentas and oranges or teals and yellows as it is for its guest list that includes anyone of importance in Hollywood (including actors and actresses who star in—and perhaps even, just a few hours prior, won trophies for—shows on rival networks).

The person overseeing the design of this recurring extravaganza is Billy Butchkavitz, whose Billy Butchkavitz Design firm has masterminded this and other HBO events since 1999. He says the PDC is one of his favorite venues to use because it has a “huge space and ample parking for guests and vendors, [plus] the city of West Hollywood’s special events department is amazing to work with.” In fact, one of his favorite events he’s ever designed was in that space: HBO’s 2008 post-Emmys bash.

“It had a South American art theme and I had the opportunity to travel and work with artists in Brazil and Argentina,” Butchkavitz says. “The architectural elements for the event were inspired by the work of Oscar Niemeyer, whose designs for the city of Brasilia blew me away when I first saw the city in the 1990s.”

But it isn’t just the awards season parties that make Butchkavitz’s firm so sought-after. He also works with HBO to design its premiere parties—events which elicit A-list turnouts as much to see what surprises Butchkavitz has concocted as they are to watch the TV show he’s helping to promote. He’s turned The Hollywood Roosevelt Hotel’s Spanish-style foyer into Westeros for Game of Thrones (For 2016, this included a throne room). For the series premiere of HBO’s Westworld, which also had an after-party at The Roosevelt, he split the show’s dueling genres of science fiction and Westerns by replicating the show’s robotics lab downstairs while turning the upstairs into a saloon complete with a photo booth and costumes for guests to create their own Wild West portraits. 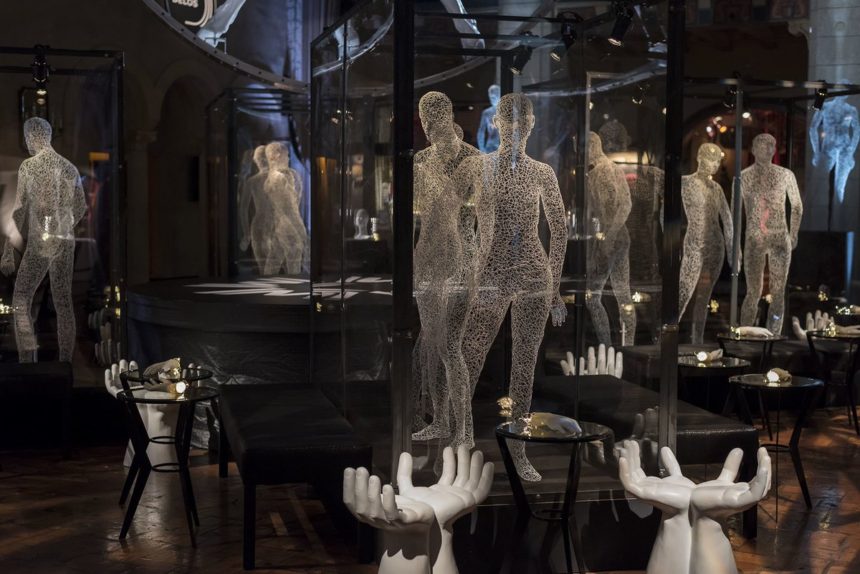 “I love historic buildings and the staff puts up with my craziness,” Butchkavitz says of working with The Roosevelt. “For the 2013 HBO premiere for Game of Thrones, which was held at The Hollywood Roosevelt Hotel, I was given the opportunity to showcase costumes from the show and make them part of the decor. Working with the show’s costume designer, Michele Clapton, was an incredible experience … [and] I got to create my vision and interpretation of Westworld and it was a blast.”

“… For the 2013 HBO premiere for Game of Thrones, which was held at The Hollywood Roosevelt Hotel, I was given the opportunity to showcase costumes from the show and make them part of the decor…” 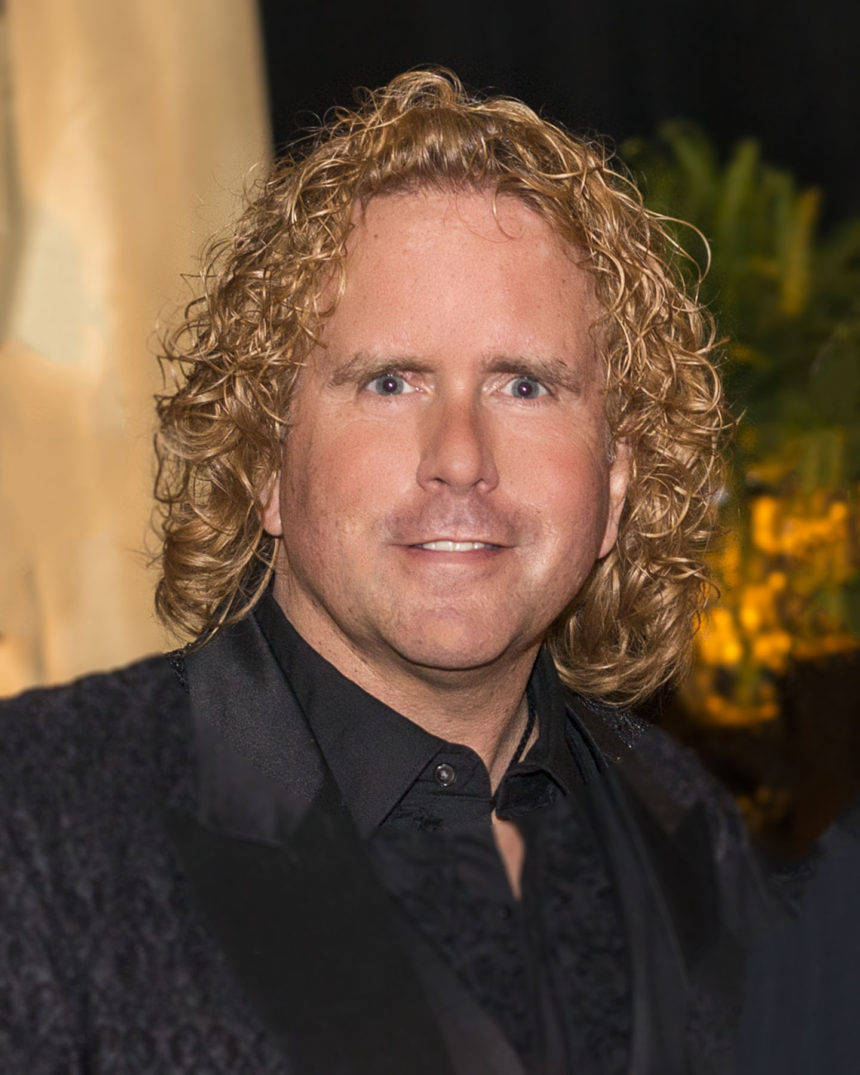 “For the HBO premiere parties, I meet with the client to discuss the show or movie and get an understanding for how HBO would like to visually present their ‘new product’ or ‘new season’ and for premieres, the inspiration usually comes from some element or aspect of the show — whether it be the storyline or the environment,” he says. “For my design work on the HBO Emmy and Golden Globes parties [which are held at the Beverly Hilton Hotel after that awards ceremony], I have more freedom to explore and create a special little world that only exists for one night. When I meet with the client, it is usually to come up with a color palette for the event and then they let me go wild. For the 2015 HBO Emmy Party, for example, we decided to go with a red and orange color palette. I took that color palette and created a fiery fantasy.” 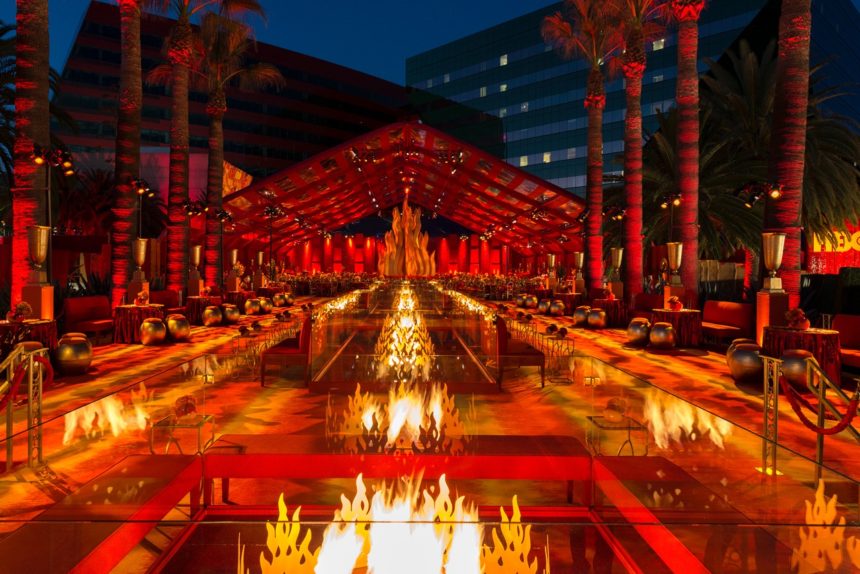 Naturally, events of these magnitudes are just asking for something to go wrong. But Butchkavitz says he takes the hiccups in stride.

“I am an overly organized control freak and I think quickly on my feet because, believe it or not, I always plan for the worst,” he says. “Luckily, I’ve had a good history of my events running smoothly. When and if something goes wrong, I can create a wall of ‘smoke and mirrors’ to conceal whatever problem occurs to shield the party guests from any unpleasantries.”

He does recall one specific instance of how quickly things can go from great to disastrous and how he saved the day.

“It was a private party at a longtime client’s ranch in Oregon,” he remembers. “The client flew everyone in on private jets and we built an amazing party pavilion on top of a mountain. Everything was running smoothly until the caterer burned everything except for the appetizers. Luckily, it was a dance party and we had some divas from the disco era performing at the event. We started the show early and really pushed the bar service. The guests were so busy drinking and dancing that they didn’t notice the lack of a main course!”