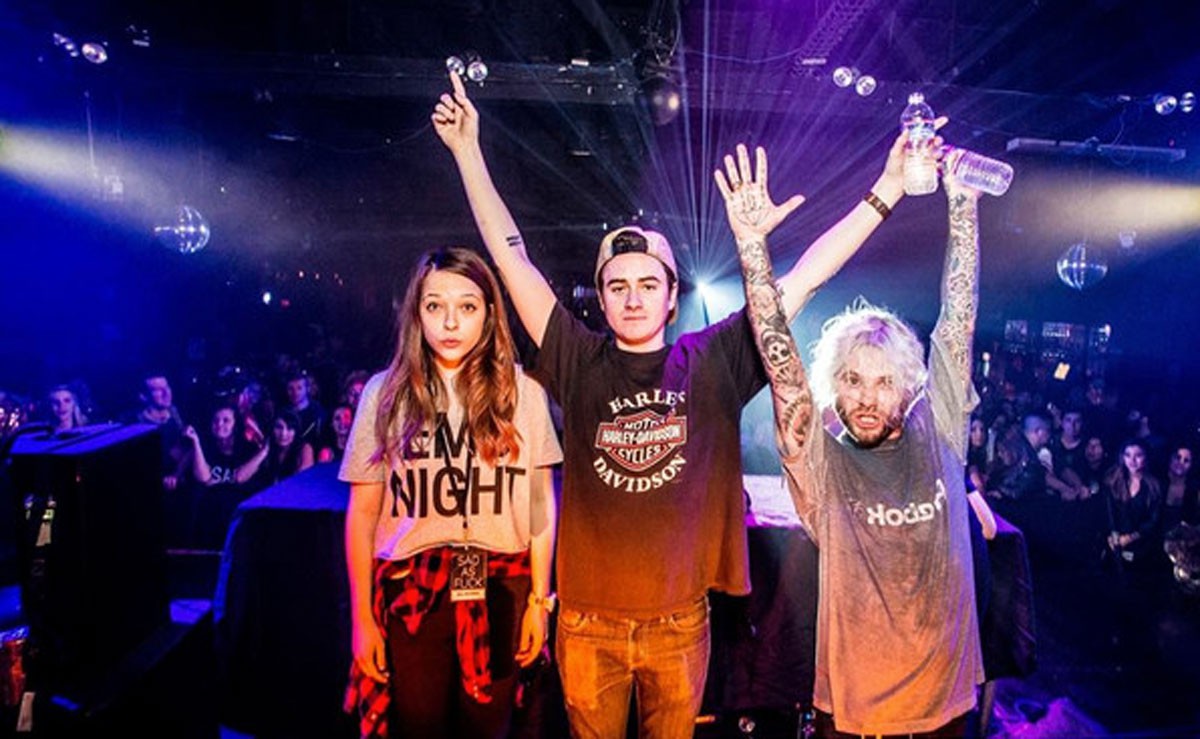 Two years ago, it started as a themed party at the Short Stop in the hipster enclave of Echo Park. Since then, its expanded to events across the country with thousands of like-minded emo kids of the 00s, screaming their hearts out to favorites from Dashboard Confessional, Blink 182, and so much more, often alongside DJs from those very bands.

Sometimes known as Taking Back Tuesday, Emo Nite was the brainchild of Barbara Szabo, T.J. Petracca, and Morgan Freed, who wanted to host a little emo-themed party for a few select friends and family. When over 500 people showed up to the first night, it became clear that what was a kitsch idea was really a community in the making, and thus Emo Nite was born. Over the course of its two years, the event which is hosted monthly, has drawn DJs like Blink 182’s Mark Hoppus, Dashboard Confessional’s Chris Carraba, My Chemical Romance’s Mikey Way, and All Time Low’s Jack Barakat.

Learn more about Emo Nite here, where you can also purchase some of their iconic clothing. Their next event will be on Wednesday, December 21 at UNION on Pico in Los Angeles, for LA GIVES BACK, “the Los Angeles dance community coming together to raise awareness about the homeless epidemic here in our backyard.” Find tickets here.