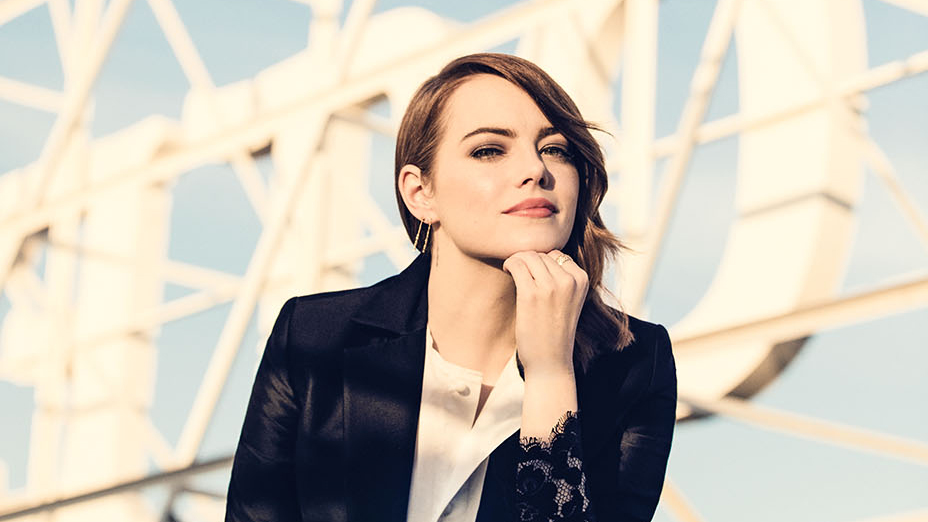 Emma Stone takes the cover of The Hollywood Reporter magazine for its February 3 issue, with a photoshoot shot on location at The Hollywood Roosevelt.

Stone is flying high right now. She’s not only nominated for an Best Actress Oscar, she’s the frontrunner to take it home after winning the same accolade at this year’s SAG Awards.

“I think my parents saw that acting was the thing that made me fulfilled and happy.” 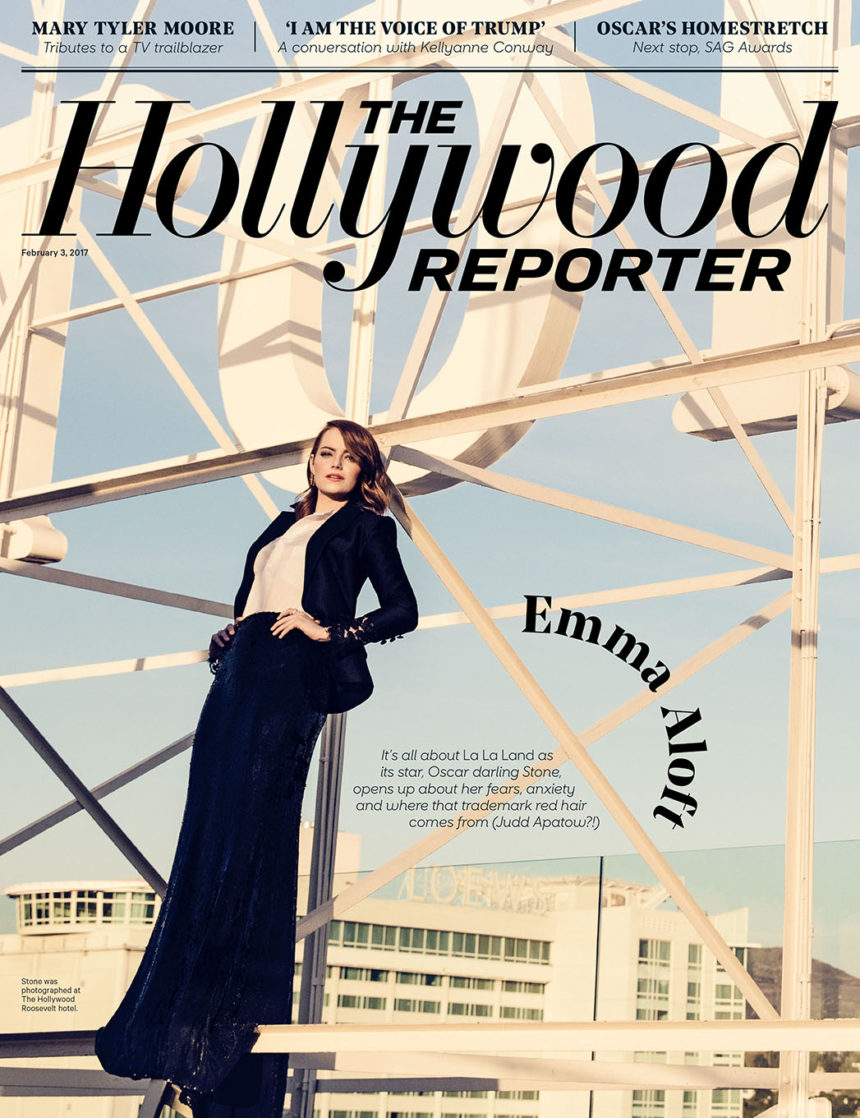 + The actress, photographed by Ramona Rosales, against the rooftop’s iconic Roosevelt Hotel sign.

The feature interview diligently traces her rise to stardom; from the PowerPoint presentation titled ‘Project Hollywood’ that she presented to her parents at age 14 to convince them to let her dropout of school and move to Los Angeles to pursuit acting, to her job at a gourmet dog-biscuit bakery as she began the grind of auditions, to her first real break as Jonah Hill’s love interest in Superbad, to the standing ovation she and Chazelle and co-star Ryan Gosling received after La La Land premiered at the Venice Film Festival.

Stone opens up about her fears, debilitating shyness, and that one time Judd Apatow suggested she start dye her naturally blond hair its trademark ruby hue. The story is online and covers the Feb. 3 issue of The Hollywood Reporter magazine.

Blue Bottle opens for business at the Bradbury