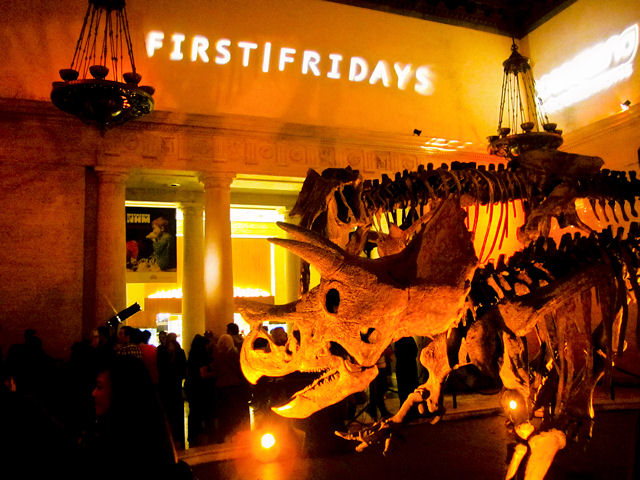 First Fridays is an after-hours extravaganza that takes place at the Natural History Museum on, you guessed it, the first Friday of every month.

The series has been going strong for more than a decade, with the museum carefully curating five monthly panel discussions relating to one theme each year. For 2017 that theme is food, specifically, the science behind it. Each event will involve panels with high-profile researchers, prestigious food writers (like the Pulitzer prize-winning food critic Jonathan Gold) as well as green-thumbed experts discussing the evolution of food, the politics behind food accessibility, how that affects communities and local agriculture, and the history and culture behind the food we eat in sunny LA.

“Food is one of those universal topics. Everybody eats, so it’s something a lot of people are interested in, and I think the unique perspectives that the Natural History Museum can bring to this conversation is that scientific lens,” said Laurel Robinson, senior manager of public programs for the museum.

The 2017 edition kicks off February 3 and will continue through to June 9. Expect a mixed bag of activities, including guided tours and talks, live music, DJs, cocktails and dancing. And of course you’ll be able to feats your eyes on the many-splendoured artefacts and specimens tucked away in the museum itself.