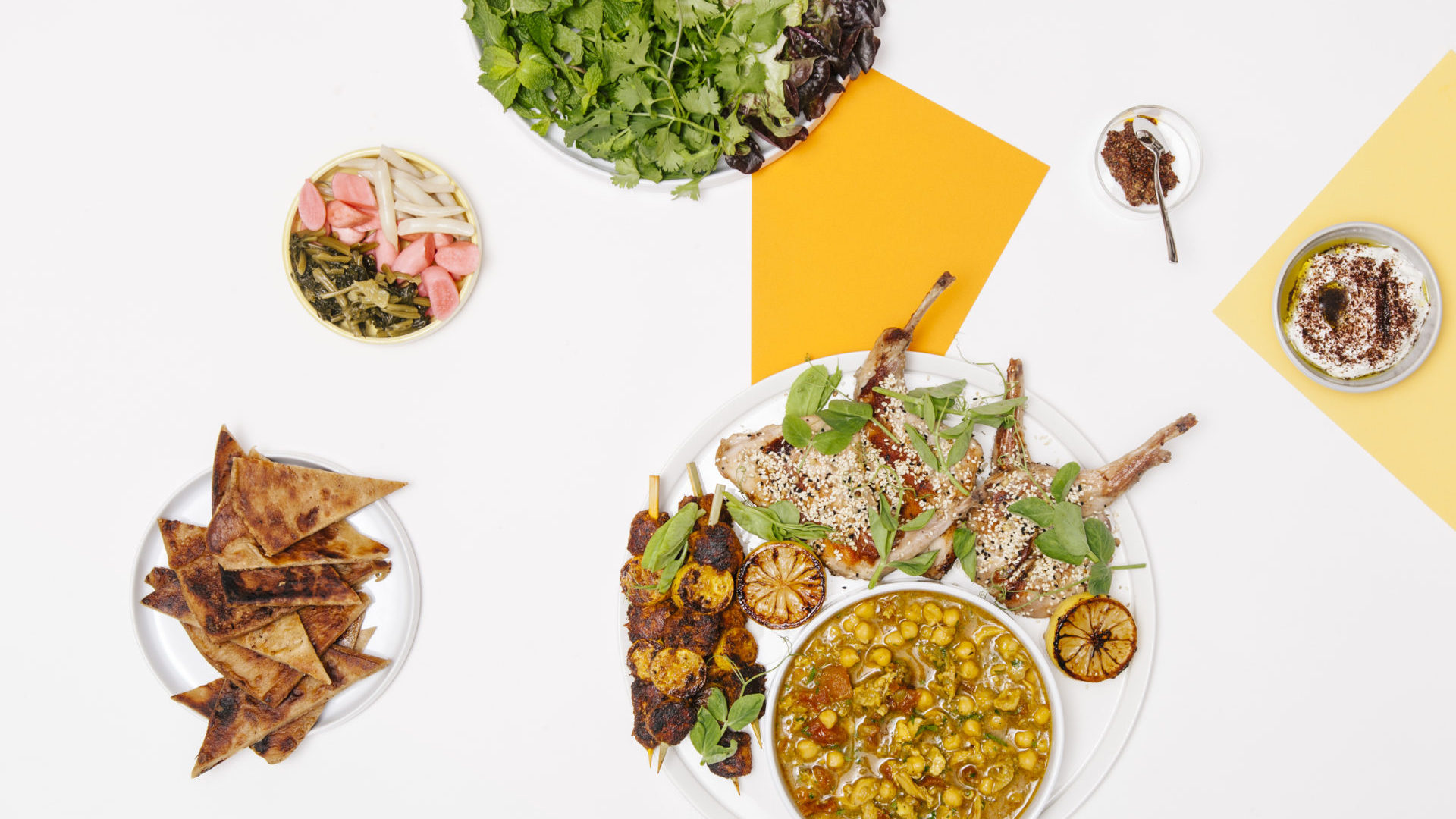 Chefs Sara Kramer and Sarah Hymanson of Madcapra at the Grand Central Market have joined forces with inimitable restaurateurs Jon Shook and Vinny Dotolo to bring Kismet to life.

The casual all-day restaurant, sitting pretty on Hollywood Boulevard just up from coffee connoisseurs Go Get ‘Em Tiger and Covell wine bar, is Mideast-inspired but by no means Middle Eastern in the traditional sense.

Kismet is Israeli-influenced, Mediterranean-leaning and one of a kind. The food’s lack of tradition leaves plenty of room for produce-driven experimentation, making it a perfect fit for current-day California.

The menu is designed to be eaten family style, so expect your table to quickly fill with lemony chicken pies, freekeh fritters and small plates of grilled radicchio atop creamy sunflower seed tahini, shaved cucumbers with persimmon and rosewater labneh, jeweled crispy rice with a runny egg yolk that’s a perfect match with the cranberry beans and fennel salad, some fried cauliflower florets with caper yogurt and perhaps some marinated feta, too.

“Our food is meant to be eaten family style, so come hungry and bring company.” 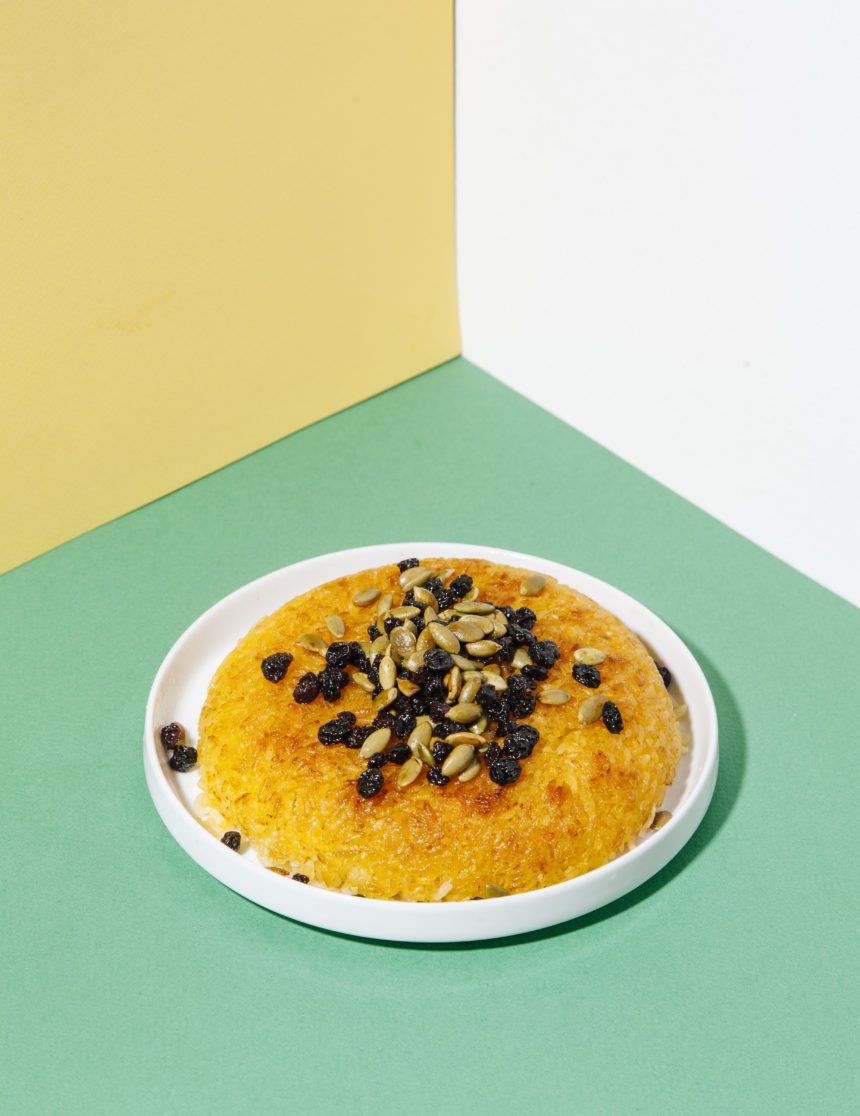 And that’s just if you’re dining in the evening. If you stop by during the day, as the sun is flooding in through the front door, you’ll be hard-pressed to choose between the broccoli toast (it puts avocado toast to shame), shakshuka that’s served with barbari bread that’s made special by Bub & Grandma’s for the restaurant and is the perfect tool for scooping up the delicious tomato stew, or the Turkish-ish option, which let’s you sample a great many things at once.

There’s also a slew of delicious baked goods from pastry chef Meadow Ramsey, who led a phenomenal pastry program at Sqirl for the past four years. Her scones alone are worth the journey to Kismet, the fennel seed-laced cookies she bakes to accompany the Parlor Coffee are an added bonus.

Roni Ginach, previously the beverage director at Cliff’s Edge in Silverlake, runs the restaurant’s wine program. Her list focuses on natural wines from small producers in under-represented regions. Domestically that includes New York, Texas, Arizona and New Mexico, alongside winemakers from Central Europe, the former Yugoslavia and of course, the Middle East.

Kismet is open seven days a week from 10am until 11pm, with an interim afternoon snack menu consisting of flaky bread, fun nibbles and daily drinks specials as the kitchen switches from day to night. Sara and Sarah’s choice to stay open all day was a conscious one; they want Kismet to be a place the neighbourhood can always access.

“We want Kismet to be a neighbourhood spot,” says Sara. 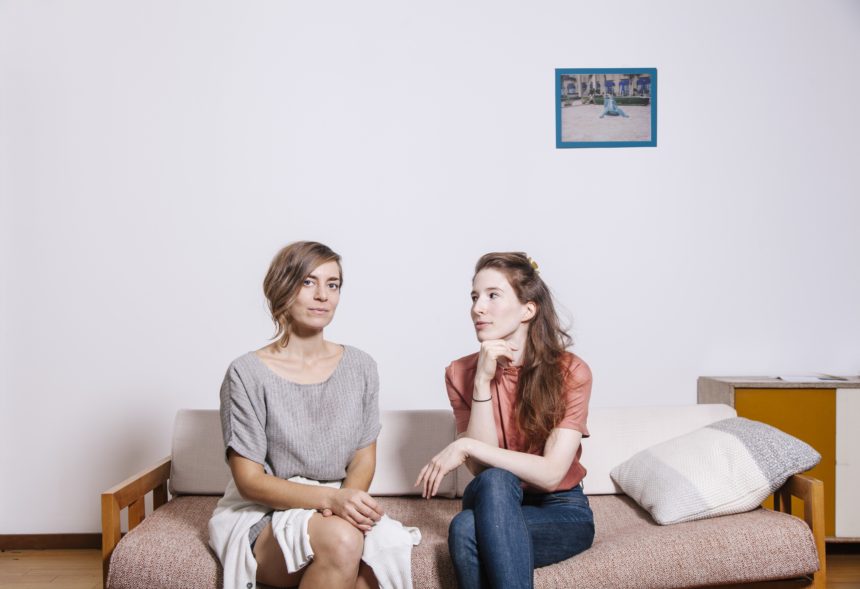 It’s not only ladies doing great work at Kismet, but the restaurant showcases exceptional female talent at every step. The space features graphic design from Claire Hungerford, stunning light fixtures and ceramic bowls from pot-ographer Helen Levi, and coral-hued napkins hand-printed by Hopie and Lily from LA’s Block Shop.

Kismet is the food heroine that LA needs. The sleek 45-seat restaurant, located at 4648 Hollywood Boulevard, takes reservations at night but during the day you need only walk in.