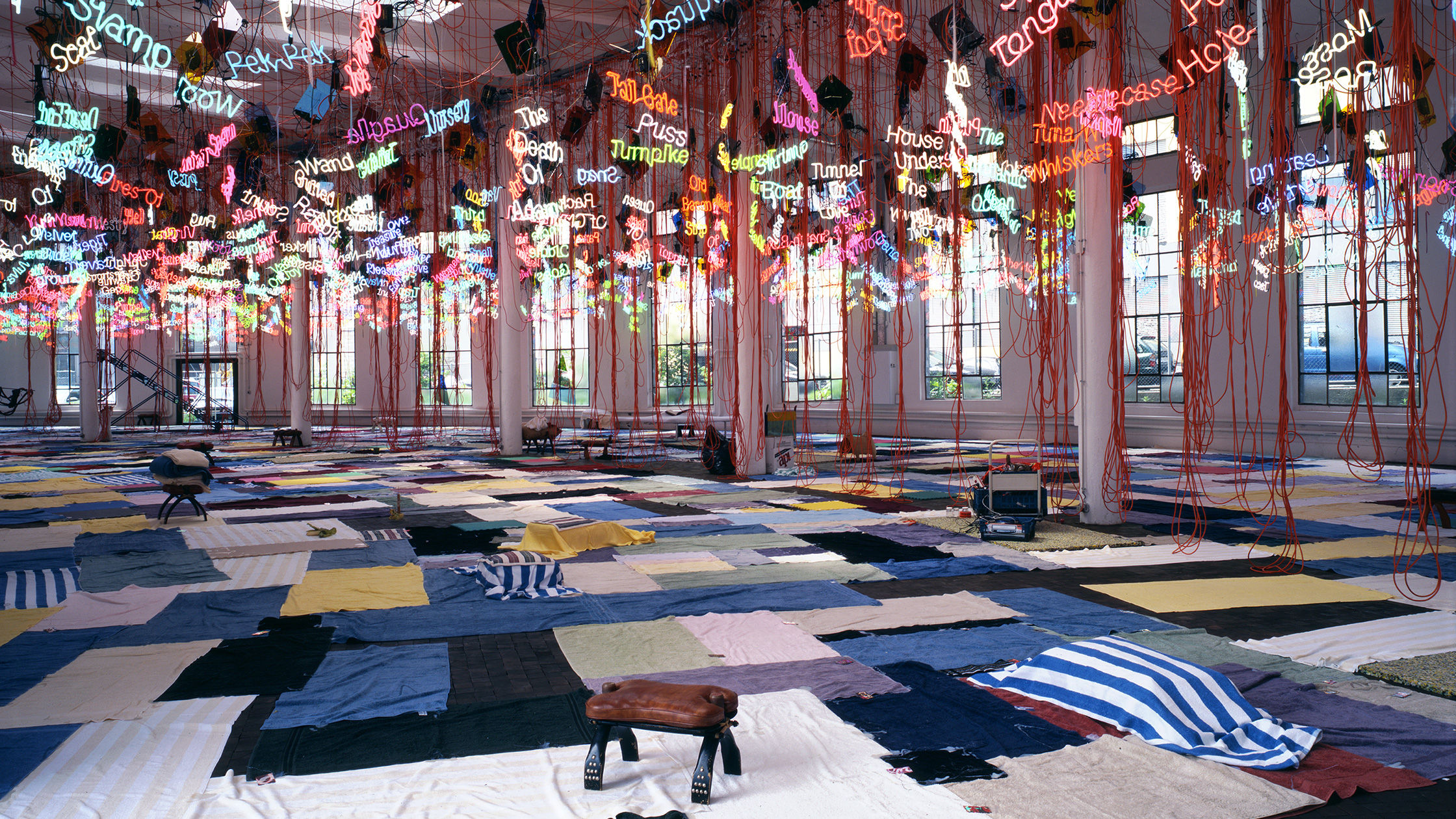 The first exhibition of Jason Rhoades’ works in Los Angeles, the city he lived and worked for the entirety of his career, is much like the city itself: expansive, corpulent, lustful, haunting, and captivating.

Rhoades, an installation artist who enjoyed critical acclaim during his career, passed away in 2006 at the age of 41. Now, the late artist’s mixed media has found renewed relevance.

“A decade after his death and in a moment of heightened social and political tensions, Rhoades’ radical oeuvre is more relevant than ever,” announced Hauser Wirth & Schimmel. “These installations of total experience attract, then repulse, then mystify the viewer, igniting questions that multiply with prolonged exposure to the artist’s work.” 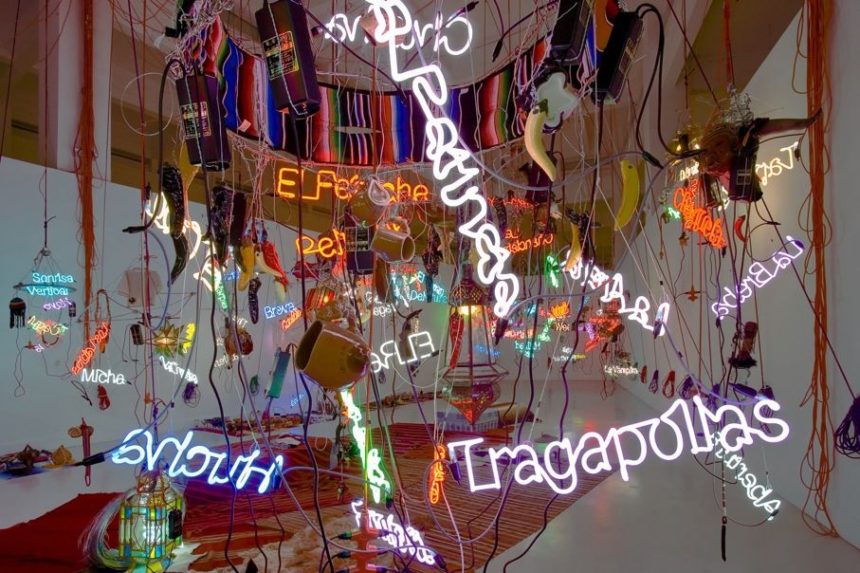 + Tijuanatanjierchandelier, 2006 by Jason Rhoades. Courtesy of the estate, Hauser & Wirth and David Zwirner

In sharing the artist’s unwavering vision across a whopping 28,000 square feet, the gallery aims to celebrate the evolution of his career-defining works. From religion, commerce, sex, and racial and gender stereotypes, to the role of the artist himself, no subject is off-limits for Rhoades; and that taboo has been equally embraced by Paul Schimmel, Partner and Vice President at Hauser & Wirth, who organized the exhibition.

The immersive six-installation retrospective features groundbreaking work, including a mosque-like space covered in a carpet of towels, punctuated with crystals and incense, and overhung with neon signs that spell out nicknames for the vulva. In fact, more than 600 boundlessly radiant neon signs depicting glowing euphemisms for the word ‘vagina’ are featured in the show; something the gallery hope will expand the audiences’ understanding of neon, a defining element of the LA cityscape, and its relationship to the realm of fine art.

The gallery will also host a variety of educational programming, curator-led walkthroughs, and dedicated symposia to discuss the cultural and political complexities conjured by the works.

Daft Punk have opened a pop-up store in West Hollywood