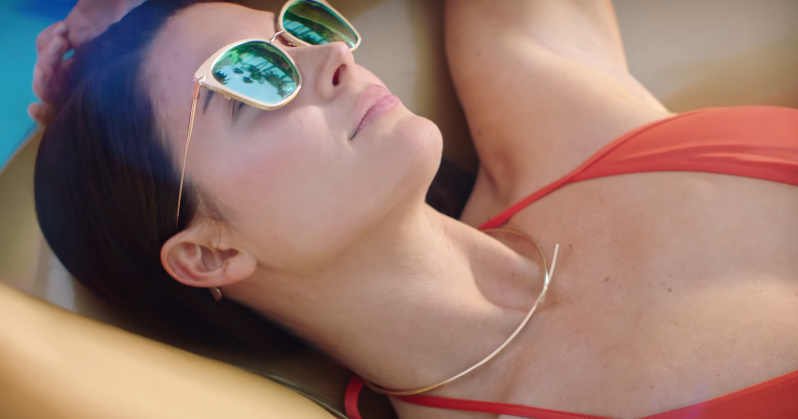 Just like New York is the fifth character in Sex and the City, The Hollywood Roosevelt comes alive and takes a defining role in the latest short film from Discover Los Angeles directed by Floria Sigismondi.

The boutique hotel solidifies its position as classic, redefined. Against the dreamy soundtrack of Miynt’s ‘Letter from the Moon’ the beautifully chill new spot is all about poolside indulgence—oozing glam, laid back vibes in every frame.

“The new campaign, developed by award-winning Los Angeles shop Mistress and directed by the acclaimed Floria Sigismondi, features visual metaphors that evoke the emotion of an LA moment.”

From the concierge desk that’s greeted stars old and new, to the tropical wallpaper walkway that ushers guests through to The Cabanas that have played host to Hollywood luminaries like Marilyn Monroe, the hotel’s storied spaces come alive in the limelight. Seamlessly fusing the glamour and style of Hollywood’s Golden Age with modern west coast living.

How your LA story unfolds depends on where it begins, so why not kick-off yours poolside at the Tropicana, the city’s only open-air cafe serving all-day brunch beside a David Hockney pool.