Patrick Gookin photographs Los Angeles with an iPhone from a car 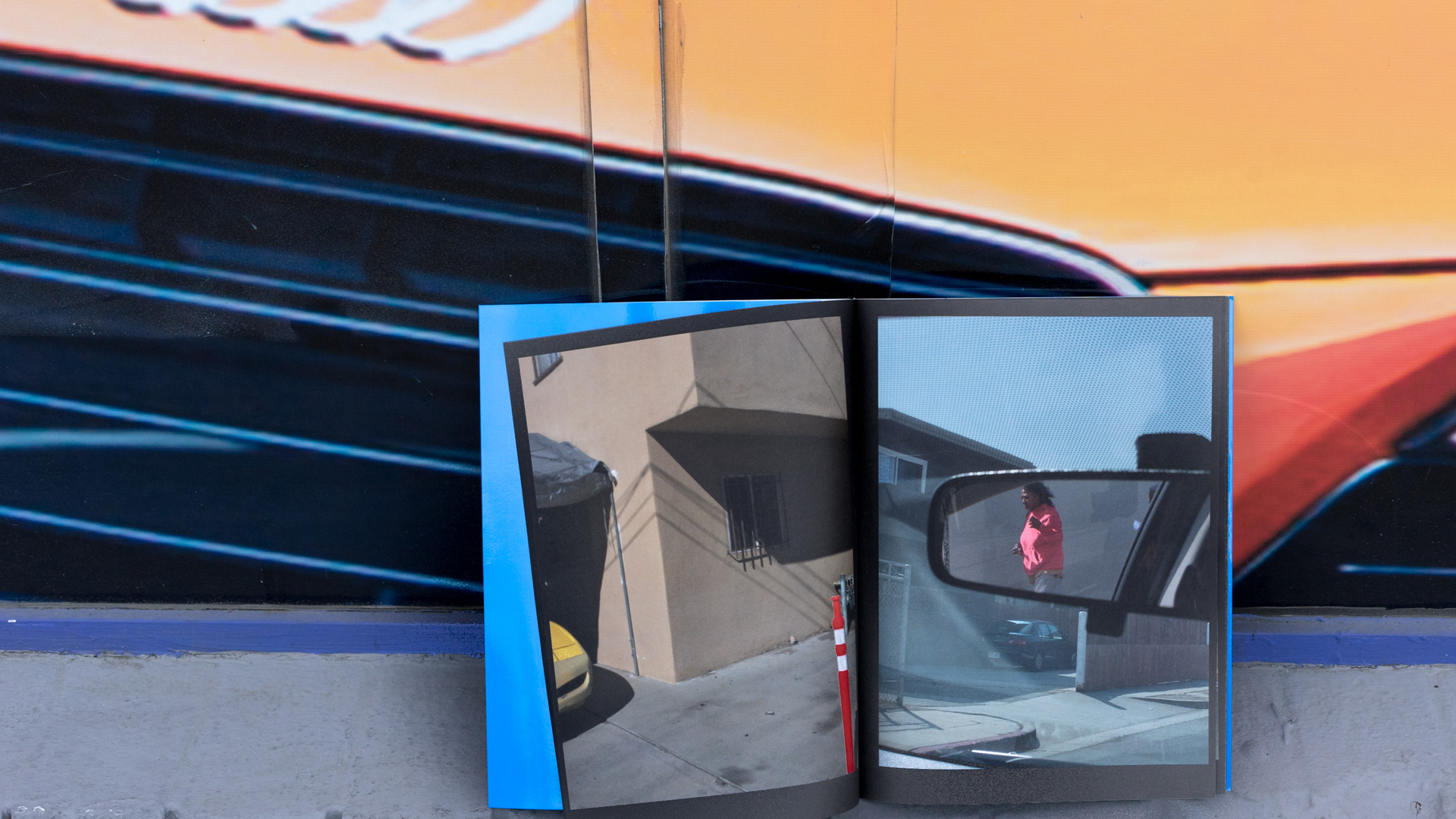 For his new book Surface Relations, Patrick Gookin shot all the photographs with his smartphone while commuting through Los Angeles by car. In it, views of isolated pedestrians, parking lots, suburban lawns, advertisements and sad trees are compiled in an unsentimental catalog of the everyday. It’s a collection of images that preserve that which is often overlooked, or, if noticed, quickly forgotten.

Ahead of the photobook’s launch this Friday at Virgil Normal, we spoke with Patrick about shooting on the most ubiquitious camera there is, self-publishing, and the artists that have inspired him.

How did Surface Relations come about?
The photographs came as a reaction to spending too much time in the car. The book itself came to be when I started going back through this collection of 30,000 pictures that I’d made over a five year period. The majority of them were garbage, but in the successful ones I could see this portrait of Los Angeles taking shape, one that existed in unexpected relationships between pictures and in the relationship one has to the road here—a Los Angeles that I knew would be familiar to many people, but also one that is less prominent in popular imagination.

The photos in the book were shot on your iPhone while driving around LA between 2012-2016. Did you know from the outset what the photos would become, or did the project evolve over those five years as your collection of pictures amassed?
No. I had no plans for these pictures. These were photographs that I initially made during routine moments on the road driving to work, or while out working on other projects. It was only in retrospective viewing of them that I started to make sense of the images and recognize their potency and potential to live as a viable project.

Why an iPhone?
It’s the most ubiquitous camera that we have now. I wanted to work with pictures that operated on similar grammar to selfies and the endless flow of personal snapshots shared on Instagram and the like. It was essential for me that these images were rooted in the now and weren’t tainted by nostalgia.

How would you describe the book’s aesthetic?
Cold and technological. The shiny blue cover feels plastic and contemporary, speaking to certain ideas about Los Angeles and digital images. Through transferring the small digital image files to the printed page their fidelity is exposed and exploited. These are the opposite of the lush large format pictures that we see so much of in elite art photography.

What three words would you use to describe yourself?
Quiet, Curious, Casual. 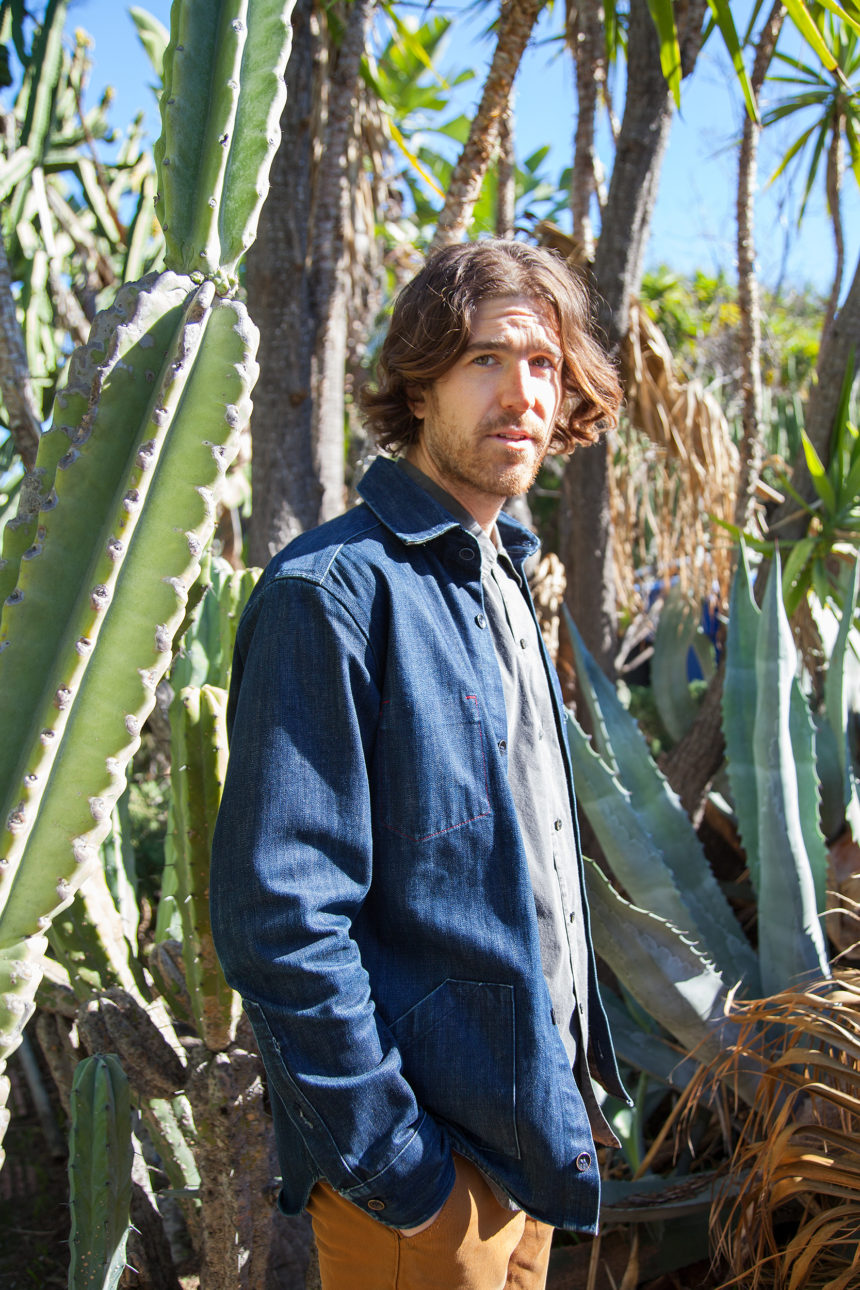 Tell me about your self-publishing career so far…
In 2014 I published my first book, LA By Car, using an on-demand book service. This time around I reached out to book designer Niall Sweeney of Pony Ltd. in London for help as I admired the work he’d done on Eamonn Doyle’s Dublin trilogy. We hit it off and started working together shortly thereafter. Niall and Pony were instrumental in helping me realize the book all the way to finding a printer in Europe (Cassochrome in Belgium) who could work within my budget.

How did you get into photography?
I started making bad black and white work while working as a darkroom monitor during my time at Emerson College in 2005. A few years later while living in Japan, I became exposed to new ways of making and thinking about pictures and began to approach my work in a more personal way.

What artists or art have informed your work or inspired you?
Takuma Nakahira in his intense study of place and his illustrating of a personal landscape; John Divola in the way that performance plays into his experience of making pictures; Wolfgang Tillmans for his examination of truth in photography; Masafumi Sanai for his abstruse pictures and prolific but playful approach towards bookmaking. And Stephen Shore.

What can we expect at the Surface Relations launch at Virgil Normal this Friday?
The release event will feature live music from DJ Andres Renteria and complimentary drinks—and of course, the book.