Los Angeles in the Movies 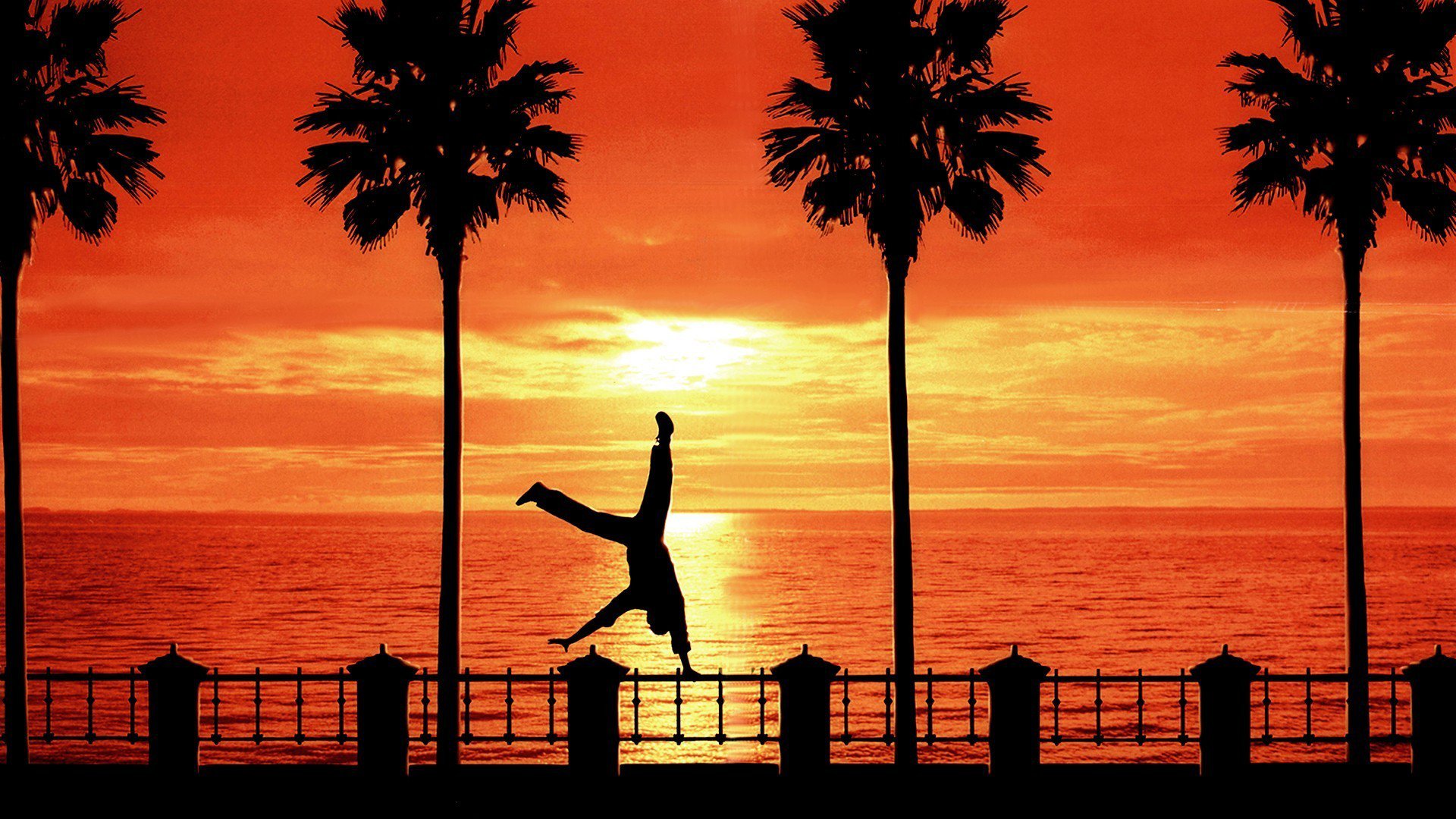 Before it was remembered for being on the unfortunate end of one of live TV’s greatest blunders, writer-director Damien Chazelle’s musical La La Land became famous for its visual love letter to the City of Angels and its accompanying, often cruel and almost always romanticized, entertainment industry.

This was clear from the opening scene, where choreographer Mandy Moore depicted the cheeriest, most jubilant version of Los Angeles traffic ever with a go-for-broke number showing 150 dancers jumping and sliding around a freeway ramp in 110-degree heat.

La La Land is just one of many cinematic examples of Hollywood looking at the city that encapsulates it. Here, we look at other films that have captured both the good and the bad sides of Los Angeles. 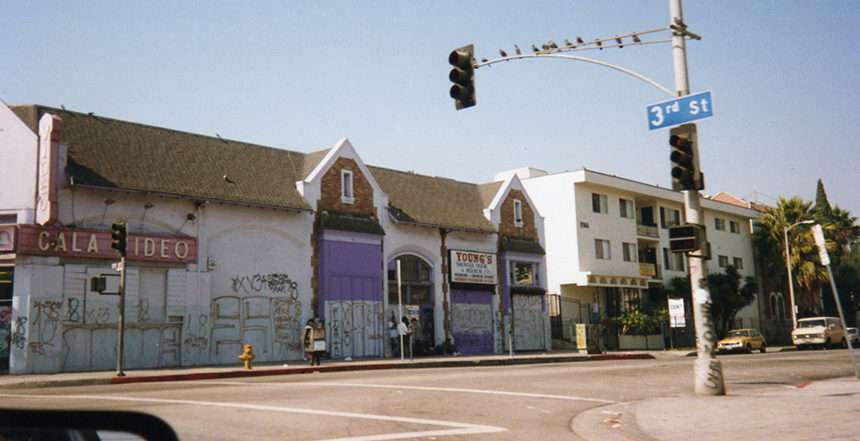 Writer-director John Singleton’s coming-of-age drama showed a side of Los Angeles mostly ignored by Hollywood (and, frankly, the rest of the world). The film was shot in South Central and, although many of the cast and crew lived in the neighborhood, co-star Nia Long once said that “The set was about 10 blocks from my house. I could have walked, except that probably wouldn’t have been the safest thing to do.” Singleton told L.A. Weekly that the neighborhood residents embraced the film and even cheered for recognizable locales when they were invited to a test screening. 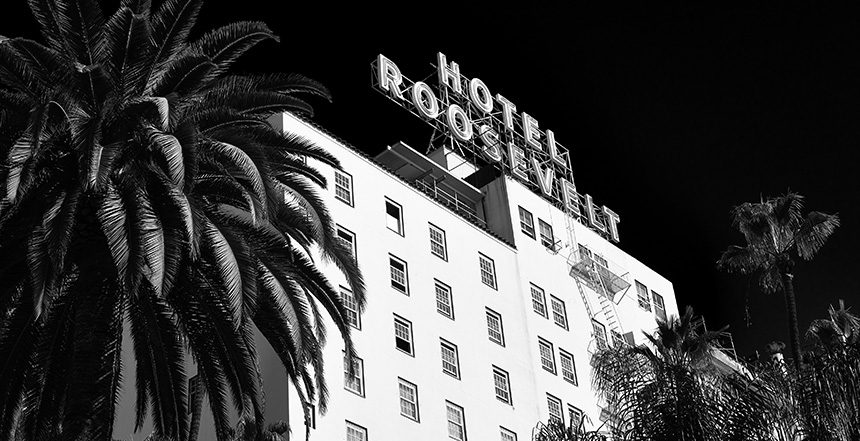 It’s hard to make a movie about old Hollywood without giving The Hollywood Roosevelt Hotel a cameo (the legendary locale did host the first Academy Awards, after all). So it’s kismet that this residence, which is nearly caddy-corner from movie premiere mecca TCL Chinese Theatres, would appear in this writer-director Blake Edwards’ period piece involving cowboy Wyatt Earp (played by James Garner) and a murder. 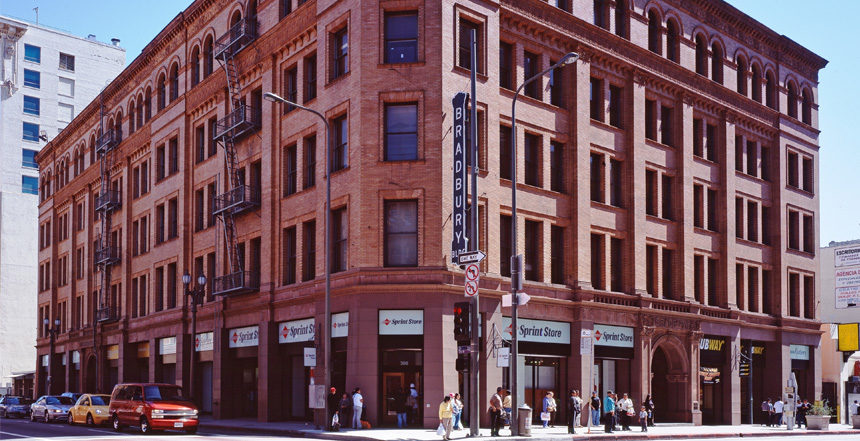 The movie is also probably remembered for its scenes of the Gordon-Levitt and Zooey Deschanel’s star-crossed lovers sitting on a hilltop park bench while admiring some cinematic views. Alas, that will be hard to recreate now. The area, known as Angel’s Knoll, was closed due to budget cuts in 2013 and is now being marketed to private developers.

Director F. Gary Gray’s biopic about the early days of hip-hop group N.W.A. did have to take some creative liberties when filming. A rundown strip mall in North Hollywood—a community situated many, many freeway exits north of Compton, by the way—became the background for the L.A. riots of the 1990s. But other scenes were actually shot in Compton and it isn’t exactly like Gray is new to shooting Los Angeles neighborhoods. His credits also include seminal L.A. film, Friday. 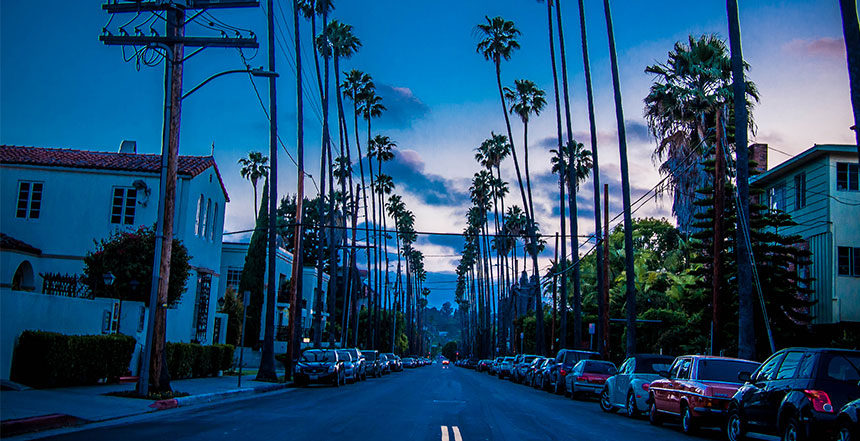 Director Doug Liman and writer-star Jon Favreau’s tale of wanna-be actors wasn’t filmed in (what is now) the 818 or the 310. Many of the scenes the movie is known for are in Hollywood and Los Feliz neighborhood spots. While swing dance hub The Derby has turned in its saddle shoes, there’s still time to see resident lounge act Marty and Elayne at the Dresden Room. Treat yourself after to French toast at the 101 Coffee Shop on Franklin Avenue. Parts of the film were shot there when it was under its previous name, the Hollywood Hills Coffee Shop. 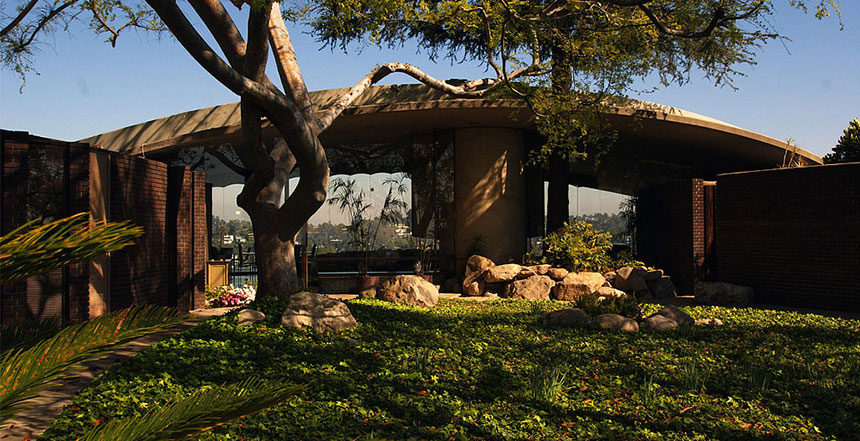 Melrose Avenue and the Beverly Center may look different from when they appeared in this adaptation of Bret Easton Ellis’ famous novel. But they still stand for the new generation. Meanwhile, the sparkling John Lautner-designed estate that’s featured in the film—and known as Silvertop to historic conservation enthusiasts—sold for over $8.5 million in 2014. 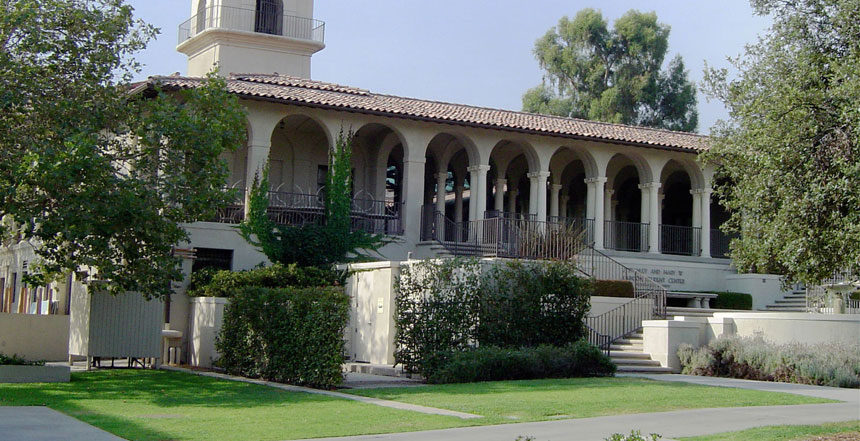 Could we really make a list of movies celebrating Los Angeles culture without mentioning this classic? As if. First off, Alicia Silverstone’s Cher wasn’t kidding when she said Bronson Alcott was a really good school; parts of it were filmed at Occidental College in Eagle Rock.  And it’s not hard to find a liquor store more synonymous with the Valley than Circus Liquor in North Hollywood (good to know Cher didn’t ruin that Alaia dress for nothing). For more opportunities to explore Southern California teens and their hangouts, don’t ignore writer-director Amy Heckerling’s other celebrated work in this genre: Fast Times at Ridgemont High. 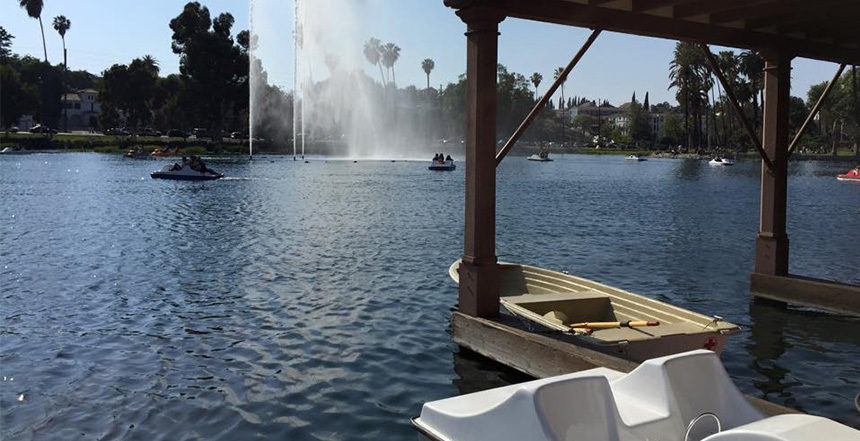 Even though today’s Chinatown is mostly thought of for its growing bar scene and as a place to get weekend dim sum for anyone too afraid to venture into Monterey Park and Alhambra, the neighborhood will also forever be associated with Roman Polanski’s neo-noir classic. Aside from street scenes depicting shady goings-on, the film’s other shots include Walker’s Café in San Pedro and the paddle boats at Echo Park Lake. 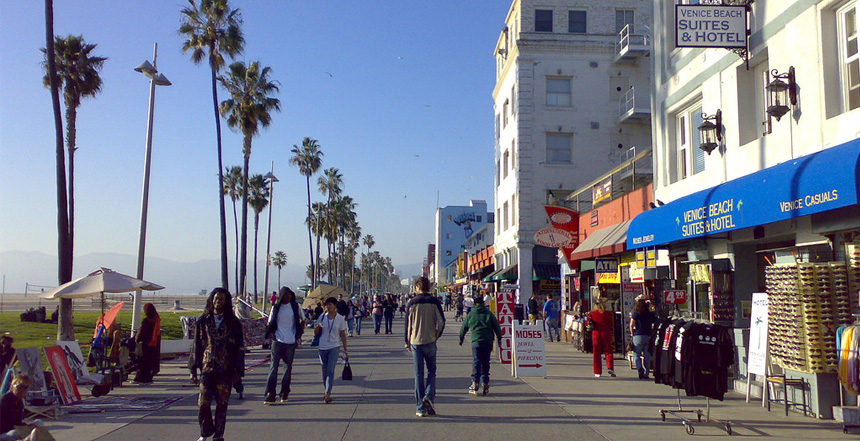 For a side of Los Angeles that mostly only comes out way after dark, there’s writer-director Dan Gilroy’s story of a man very, very dedicated to his job. Beyond the shots of the Venice Boardwalk and Mulholland Drive, there’s also the red-boothed, over-half-century-old diner, Dinah’s Family Restaurant on Sepulveda. And greasy spoon Pioneer Chicken Restaurant in Koreatown subs in for the fast-food Chinese hole-in-the-wall that ends up being the locale for the movie’s climax. 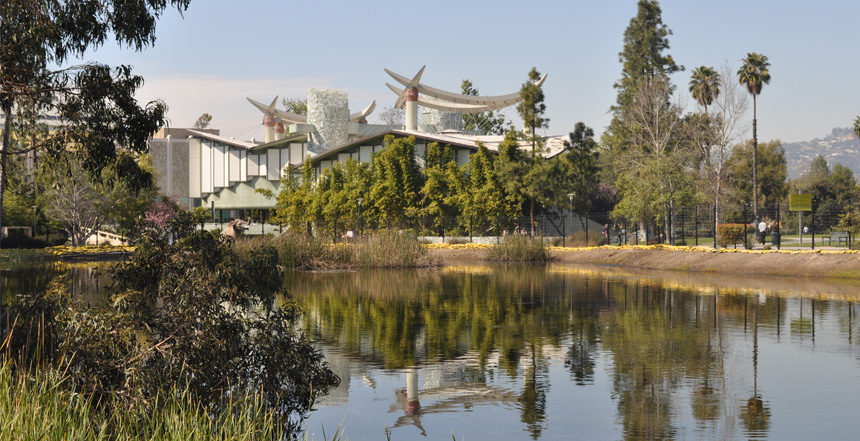 This comedy that encapsulates just how hard it is to date in L.A. isn’t the only Steve movie to showcase the city; although, it is the one that features a “wacky weatherman” who talks to a freeway sign and roller-skates through LACMA. The house from Martin’s Father of the Bride movies is in suburb Alhambra and recently sold for just under $2 million. Meanwhile, Martin’s 1999 satire, Bowfinger, made use of another notorious L.A. filming location: Griffith Observatory. The tourist attraction should also look familiar to fans of movies like Rebel Without a Cause and, of course, La La Land.