Yoga opens the show at Coachella 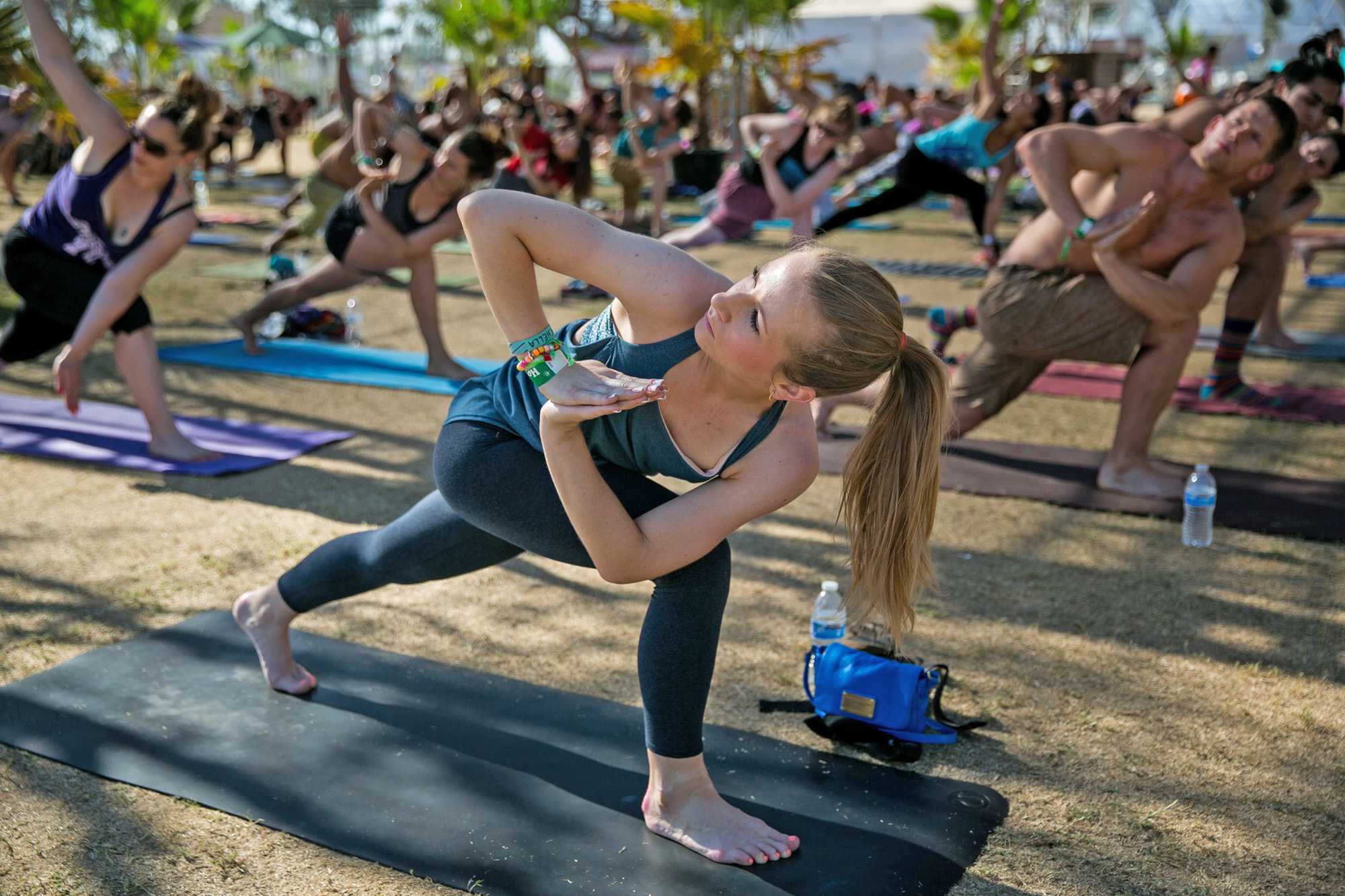 At eight in the morning during either of the weekends of Coachella, one might expect guests of Two Bunch Palms to still be asleep. The festival lineup itself plays until 1 a.m. on Friday and Saturday nights, and unofficial events after the headliner’s set can extend well into the overnight hours.

But by that time on each day of the annual bacchanalia, yoga instructor Whitney Kirk is in front of tens, sometimes hundreds, of people, each one in the familiar downward-facing-dog pose.

Those who travel may be used to the bounty of health and wellness options of hotels like Two Bunch Palms, with its extensive menu of everything from massage therapy to shamanic healing. But the almost 100,000 music fans who attend each weekend of Coachella may be surprised to stumble across yoga and Pilates classes at the Empire Polo Club.

“It’s an open class,” says Kirk, who has taught yoga classes at the festival since Goldenvoice started officially offering them in 2012. “We’ll have people jump in halfway into the first class and stay through the next one. It’s not the rigid yoga atmosphere where you come, take a class, and go. You can do a couple of stretches and be on your way. I think that’s why it’s been so successful.” 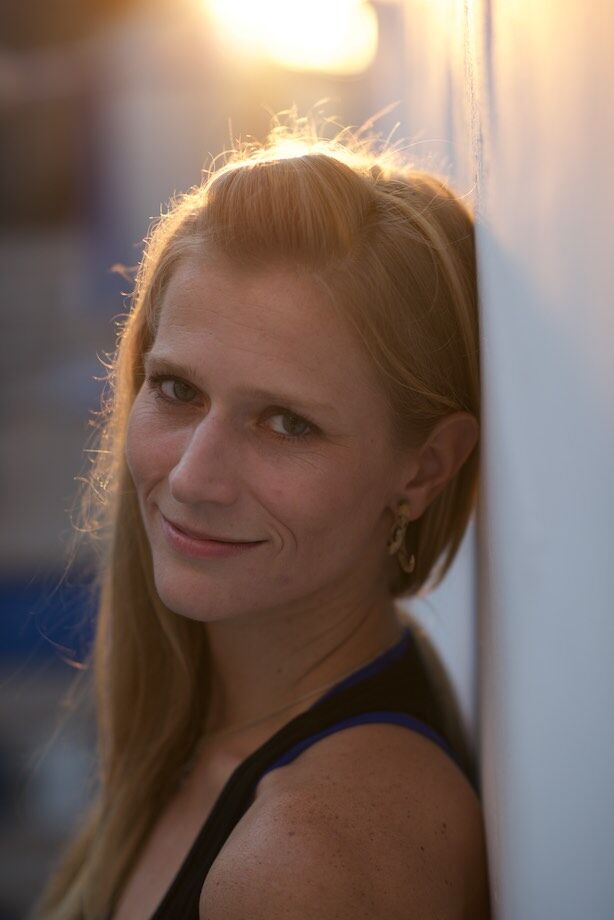 As the music festival calendar has gotten more crowded, the performer lineups are starting to run together. Musicians now will schedule their entire year around the “festival circuit”; when Outkast reunited for more than 40 shows in 2014, all but one of them happened at large-scale, multi-stage galas. With the same pool of acts providing the bulk of the lineup at so many of these events, organizers have needed to find ways of standing out. Collaborations with visual artists, comedy tents, and higher-end food stands have all gone from experiments to necessities in a short amount of time.

In 2012, Kirk says, Goldenvoice picked up on a trend in the Coachella campgrounds: Festivalgoers were getting together to stretch and practice their own flows. As an experiment, the promoters brought in a couple of instructors to lead a communal session in the campgrounds, where thousands set up tents next to their cars.

Every year since, Kirk and co-instructors have offered classes, kicking off as early as 7:30 a.m. Goldenvoice has expanded the sessions to the VIP camping area as well, where the smaller number of attendees can get more individualized attention. And when the promoters created Desert Trip, Kirk was on hand to help revelers shake off long evenings and less-than-comfortable sleeping accommodations.

“I had a college-age or post-college-age guy who had a beer in hand during Warrior 2,” she says of classes at the classic-rock festival dubbed “Oldchella” by some. “I had some dads in the back who had their kids with them, who were having Bloody Marys.” 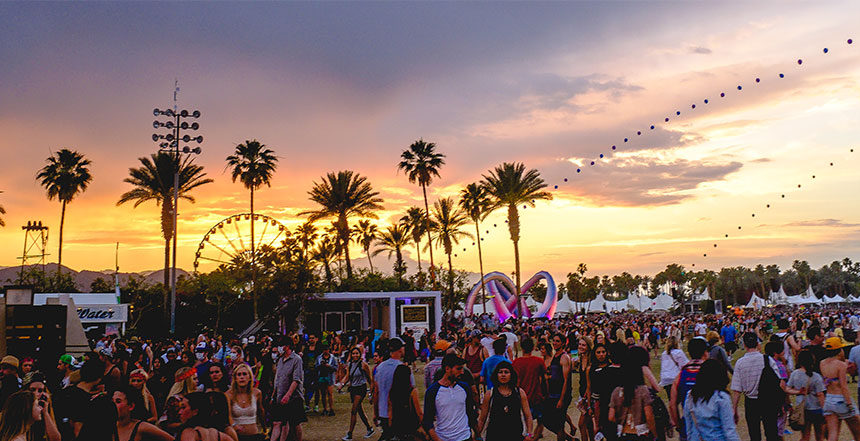 From a health standpoint, yoga at a music festival also makes sense for ticket-holders, stereotypes of drunken debauchery aside. By the third day of an event like Coachella, only the youngest and most pliable of camping attendees aren’t sore somewhere – calves, hamstrings, lower backs, and necks, especially. It makes for a changing menu of poses and stretches throughout the fest.

“Day three, it’s going to be more mellow,” Kirk says. “People are more tired, and they’ve been having fun all weekend.”

And for Kirk, teaching a class that can number in the hundreds, with yogis from all walks of life, far from the more formal constraints of a studio, is affirming.

“They’ll do a vinyasa or a plank, they’re doing this workout portion of the class, and then they’ll turn to the side and they’ll have a slice of pizza,” Kirk says. “That’s not something you see in your typical class. But that’s part of the fun, too. And one of the things I take back with me – it’s good for the soul.”