Five street fests to hit in Chicago this summer 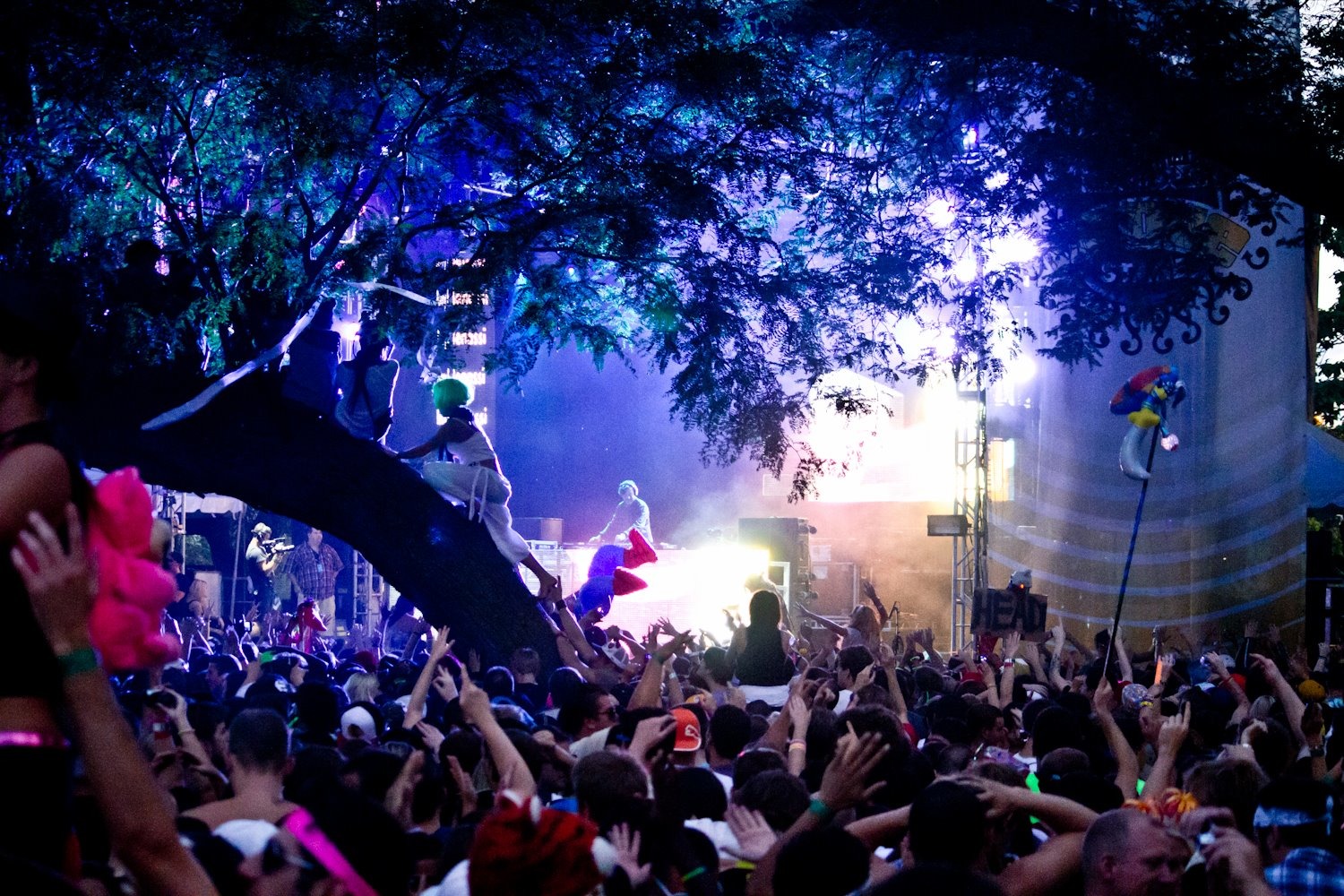 Maybe it’s because the winter here can feel like it lasts forever, or the long stretch of Lake Michigan feels just like a tropical beach, or the sheer number of outdoor bars makes drinking al fresco irresistible, but summer seems to be celebrated in Chicago more than it is anywhere else.

That said, ask the locals what they’re most excited about when the mercury rises and you’ll get one answer: Chicago’s annual, city-wide street fests. The blocks-long parties are an amazing mix of food stalls from the city’s best restaurants, live music from legit bands, and homemade crafts and artwork you’d actually want to buy.

And from your perch at Ambassador Chicago, you’re walking distance or a quick “L” or Uber ride away from some of the coolest fests in town. Here are five happening soon:

For the Indie Rocker: 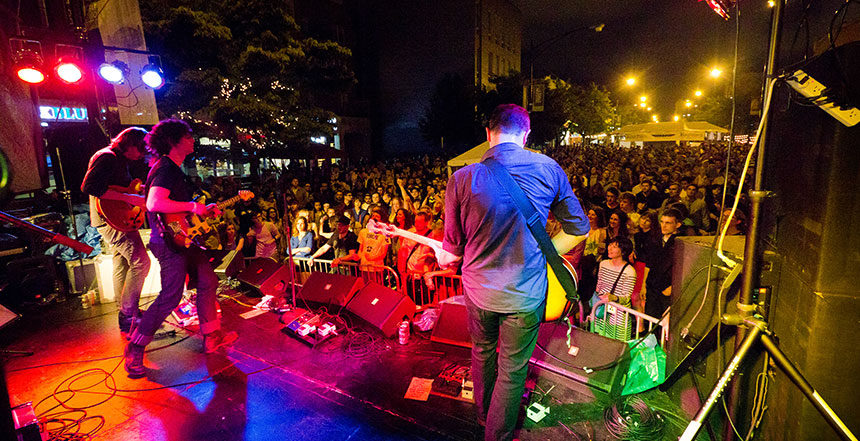 Two of the best venues in the Wicker Park area—Empty Bottle and Subterranean—handle booking the acts for this fest. While the official lineup hasn’t been announced yet, it’s likely that the headliners will include Michigan post-punks Protomartyr. Swing by even if your music tastes run more mainstream—it’s also a great fest to score cool handmade jewelry and tees from Chicago artisans.

Location: Division between Ashland and Leavitt

For the Dancing Queen: 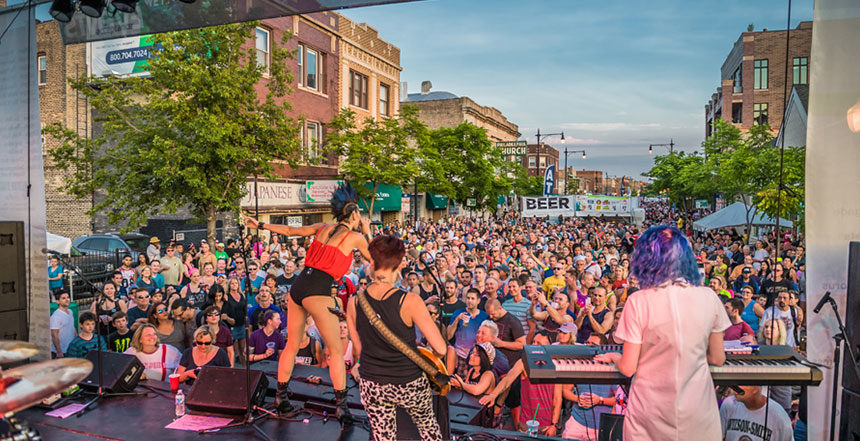 Andersonville is one of the northern-most neighborhoods in Chicago (not to mention one of its most diverse), and many view its annual street fest as the unofficial kickoff to summer. One of the things that sets this fest apart from others is the high-energy bands which play there. Schedule your visit to coincide with the Abba cover band (they play every year) and keep the good vibes going with a cup of frozen glogg from Simon’s Tavern.

Location: Clark between Foster and Catalpa

For the Book Worm: 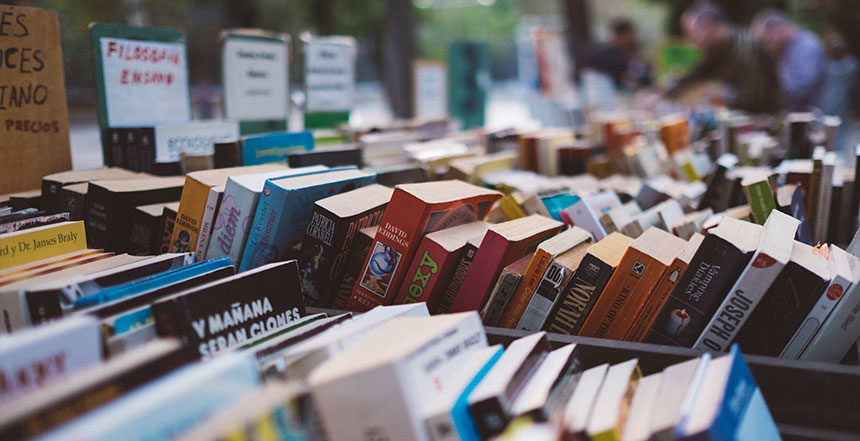 The ‘hood called Printers Row used to be the center of bookmaking in the city. Now it’s a cool place to visit—especially during their annual reading-centric street fest. While this year’s lineup is still being firmed up, last year’s speakers included Ethan Hawke, Sebastian Junger, Terry McMillan, and Ruth Reichl. You’ll need a ticket to some of the events, but they leave some available so you can always try to nab one the same day.

Location: Dearborn between Congress and Polk

For the Culture Vulture: 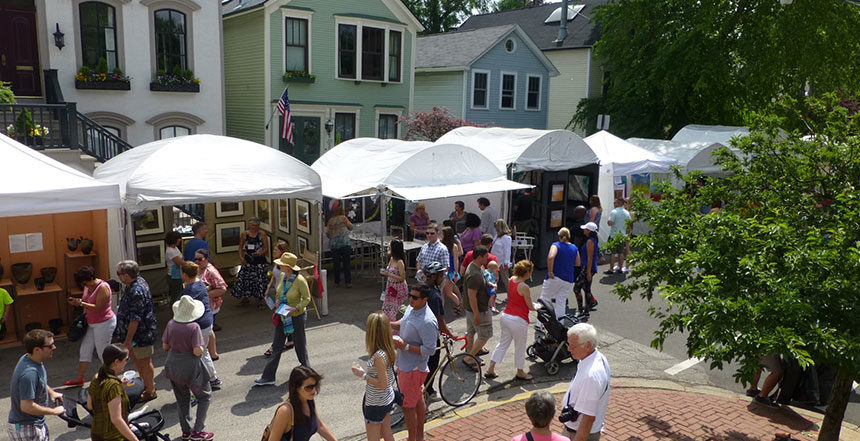 The music and food play second and third fiddle to the real draw of this fest: the art. A jury selects 250 fine artists to display their work here, so the ceramics, wood carvings, photography, painting, blown glass, and sculpture on display are legit. The best part: It couldn’t be closer to the Ambassador Chicago, so there’s no reason to miss it. 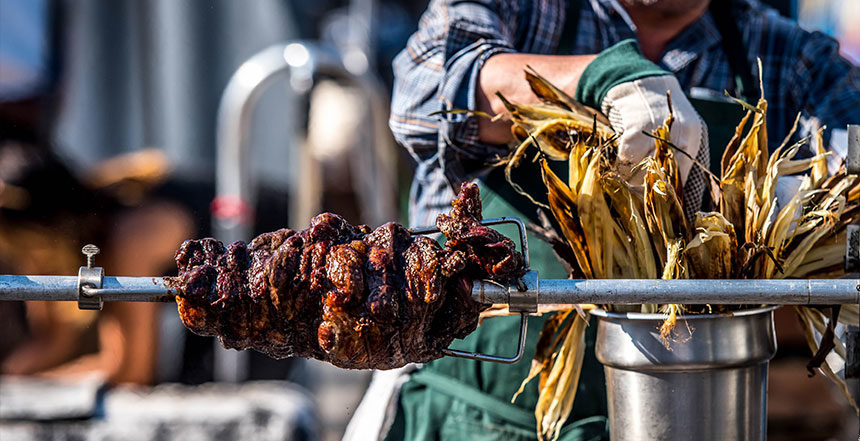 This stretch of Randolph is home to some of the best can’t-score-a-seat restaurants in Chicago, hence why its street fest is one to show up at hungry. Nosh away on food from Bar Siena, bellyQ, Cruz Blanca (Rick Bayless’ newish taqueria), and Publican Quality Meats. And the music isn’t shabby either—the bands this year include Dawes and !!! (Chk Chk Chk).