The Bradbury creates the future from the past 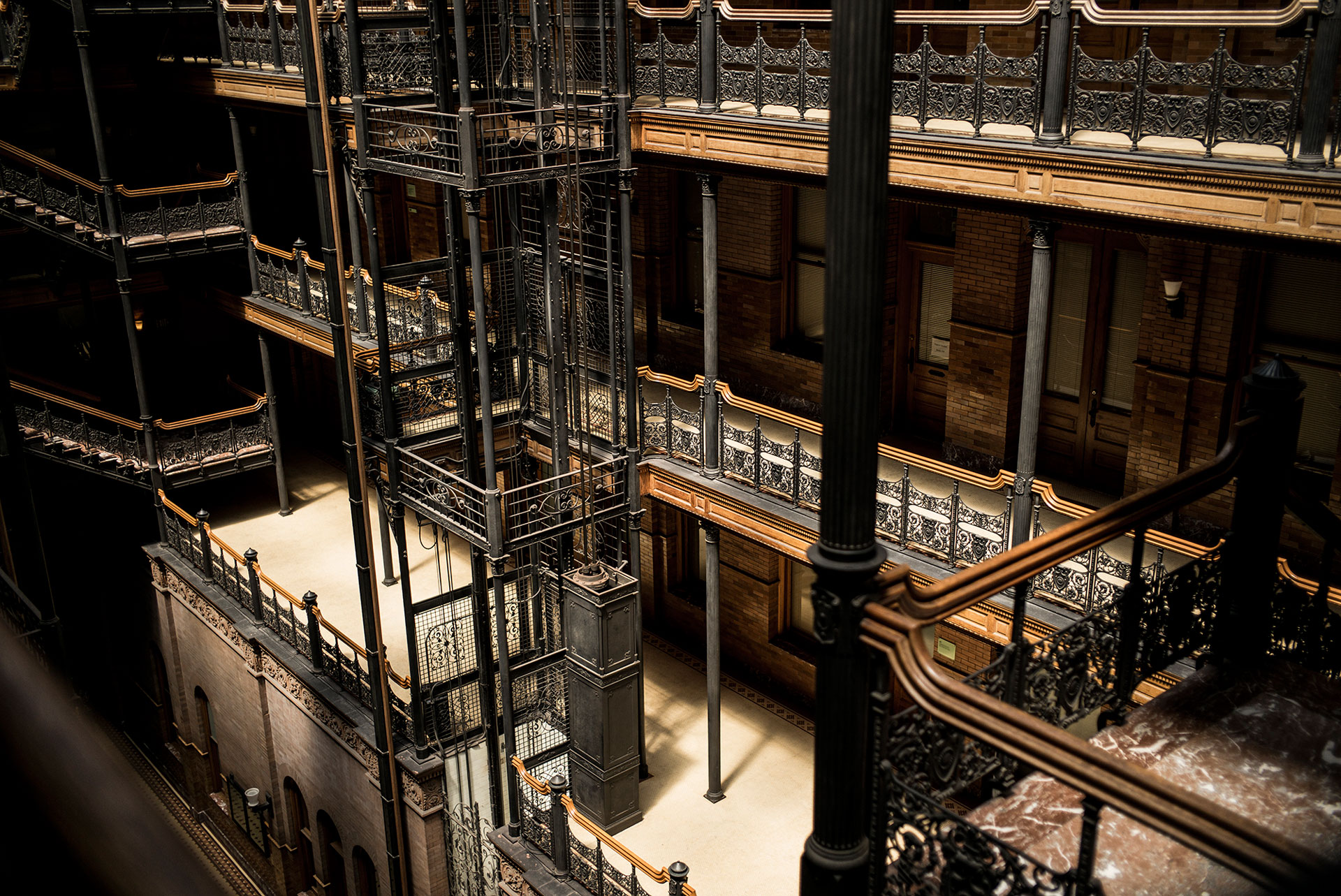 The Bradbury Building is an architectural marvel located in downtown Los Angeles. If you haven’t been into the iron atrium itself, odds are you may have seen its iconic aesthetic on film, most notably in Ridley Scott’s Blade Runner.

While there’s plenty of lore that exists around the creation of the building (including who actually built it), it’s said the architect was inspired by Edward Bellamy’s 1888 novel, Looking Backwards, which imagines a utopian society in the distant future: the year 2000.

The science fiction novel was the third bestselling book of its time (just behind Uncle Tom’s Cabin and Ben-Hur). The story follows protagonist Julian West who falls asleep at the end of the 19th century and wakes up in the year 2000. During his hibernation, America has turned into a socialist utopia wherein everyone retires at the age of 45 and all goods are nationally owned.

What likely intrigued the architect of the Bradbury the most was the following passage:

“I was in a vast hall full of light, received not alone from the windows on all sides, but from the dome, the point of which was a hundred feet above. Beneath it, in the centre of the hall, a magnificent fountain played, cooling the atmosphere to a delicious freshness with its spray. The walls and ceiling were frescoed in mellow tints, calculated to soften without absorbing the light which flooded the interior. Around the fountain was a space occupied with chairs and sofas, on which many persons were seated conversing.”

As with many speculations of the future, the building is not entirely as predicted above. But then again, neither is retirement age, socialism, or many of the other ideals cited in Bellamy’s opus.