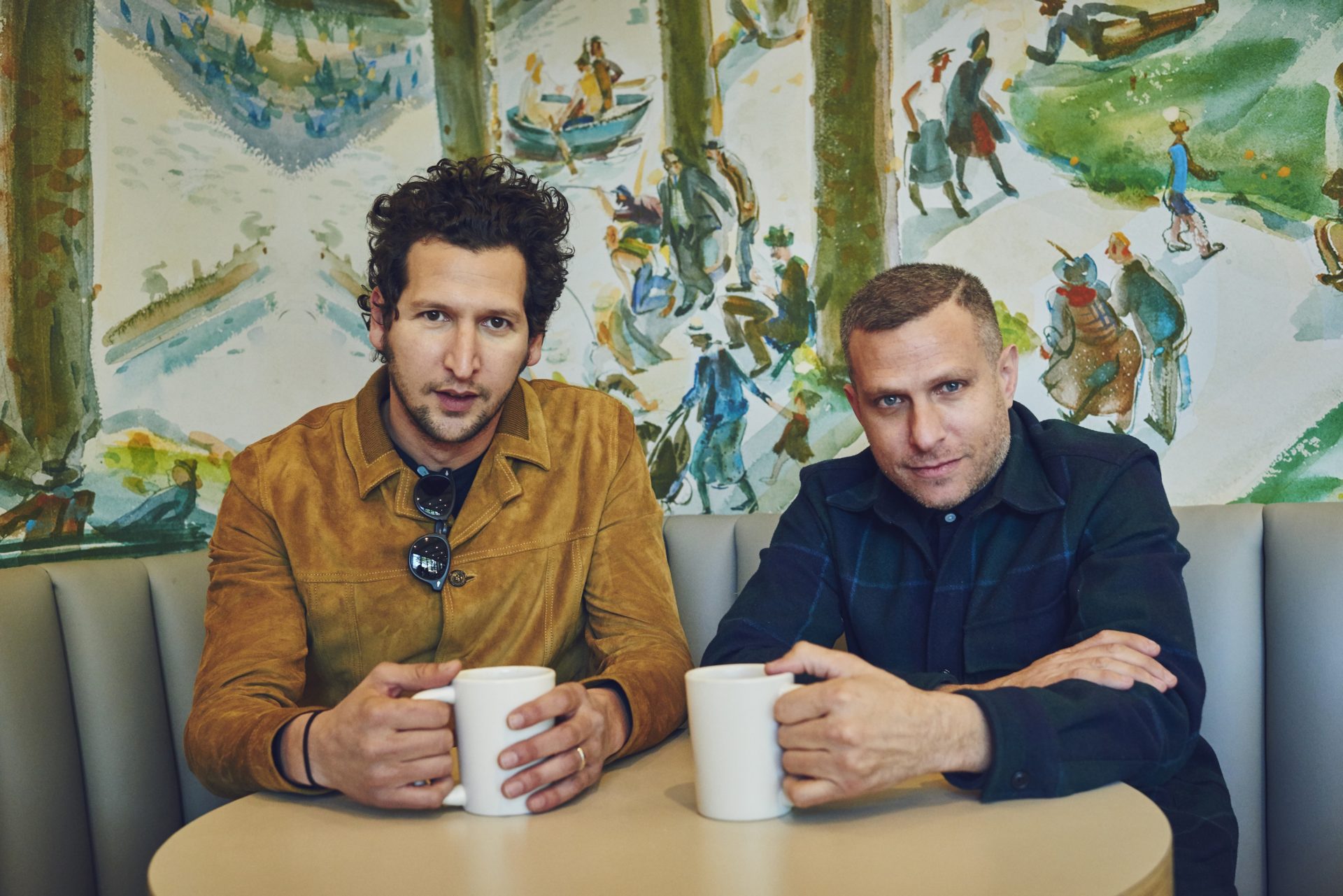 Marc Rose and Med Abrous have been Angelenos since Y2K was a thing, and for the last decade they have quietly established an eclectic offering of LA hotspots. From The Spare Room in The Hollywood Roosevelt, to Genghis Cohen, and to Winsome, the duo has a knack for reinventing a dining or nightlife experience that feels unguarded and nostalgic, yet edgy enough to know you are somewhere special. That’s no small feat and one that couldn’t be executed without the strong pedigree that comes from years of running some of New York’s most notable clubs during what was perhaps the city’s last truly great era of nightlife in the 1990s.

We caught up with the pair at Winsome, their neighborhood restaurant in Echo Park. Bon Appetit Magazine named it one of America’s Best in 2016. The conversation bounced from what it was like to migrate west before it was cool, to where the LA night scene is headed, and what’s next for these lifelong friends.

What was it like to come out to LA from NYC as early as you did?

MR: Back then as a New Yorker, you were kind of trained to hate LA, so it was an interesting move (laughs). I had a lot of friends who said, “if you come back with a chain wallet, don’t ever come back again!”

“New York has always been a city that embraces its history, and LA has really been about what’s next.” 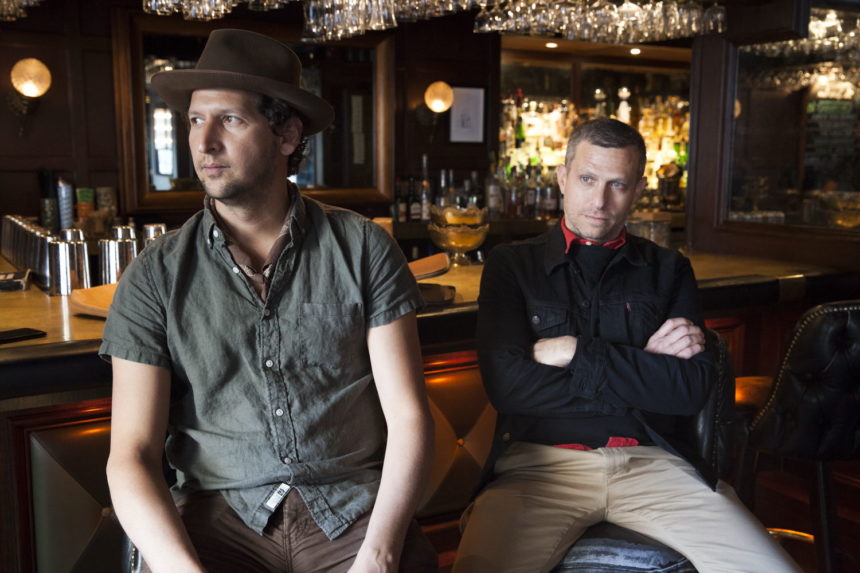 What is in the water in Los Angeles? Is it finally having its moment?

MA: The history of LA is being written as we speak. The present here is exciting. Even people who grew up in LA are experiencing new neighborhoods and discovering enclaves that they hadn’t even heard of five years ago. That opens up a lot of possibilities.

Do you think that Angelenos are more willing to embrace newness, or have you found there is pushback?

MR: Yeah, I think there is a little bit of both. Change is scary, but it’s also inevitable. We wanted to really show people how much we respected the neighborhood, what it used to be, and that a place like Winsome can play a big part in maintaining or even restoring this community in a tangible way. We made it clear that we are ready and willing to evolve with the area, and if there was something that the community wanted that we could provide, we would be more than happy to do that if it made sense. I grew up in Brooklyn, and I remember the corner deli that would make you a sandwich or even a soup that wasn’t on the menu. It’s harder to do that nowadays, but we want to get as close to that as possible. This is our first real neighborhood place and the goal is for the people around us to feel a sense of ownership of it. 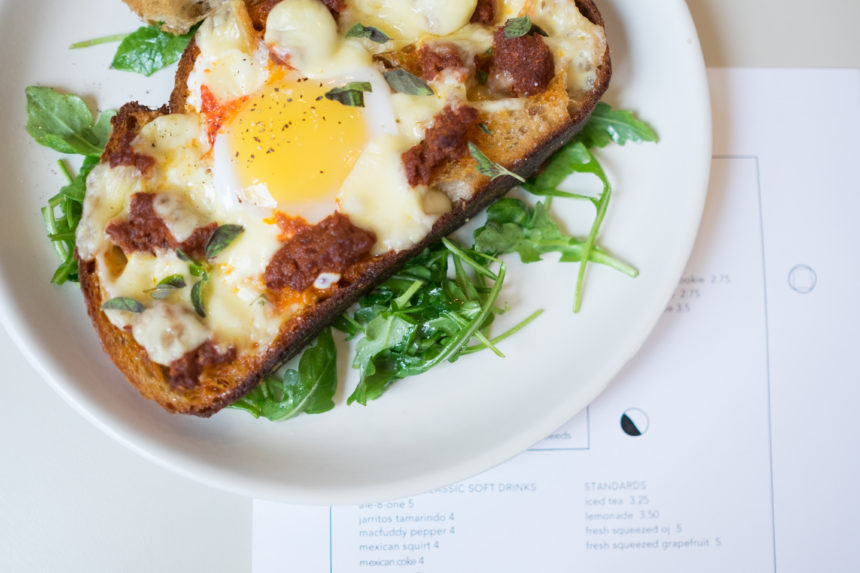 MA: I think that coming into a neighborhood, you try to identify a void in the offerings and then you spend a lot of time immersing yourself in the community, talking to a lot of people, asking questions. All that informs your decisions and eventually the space and your offerings. We’ve been open for over a year now and we’ve been really well received, while still being able to execute what we wanted to do creatively. It’s nice when that happens.

You both came out of 1990s nightlife in New York. How different was the club experience back then?

MR: The biggest difference for me was that there wasn’t as much segregation. Back then, there was a diversity of likes, tastes, orientation, vocation. Sure, it had something to do with the fact that it was New York, and in those days there were just a handful of places, but it felt as though there was a common purpose as to why people were out and in the scene. To really meet other people, to engage. Bottle service came in almost in tandem with the cell phone and that had an insular effect on how people interacted with each other. Clubs had to think of ways to make money, something that they just weren’t doing during that decade, but for me something was lost. I’m sure that isn’t the take of the generation that is out there today. They are just as excited as we were.

The Spare Room feels slightly nostalgic in that way, like a place you can really hang for a few hours, mix with people outside of your crew, without all the selfie and champagne bullshit. I imagine a lot of thought was put into achieving that? 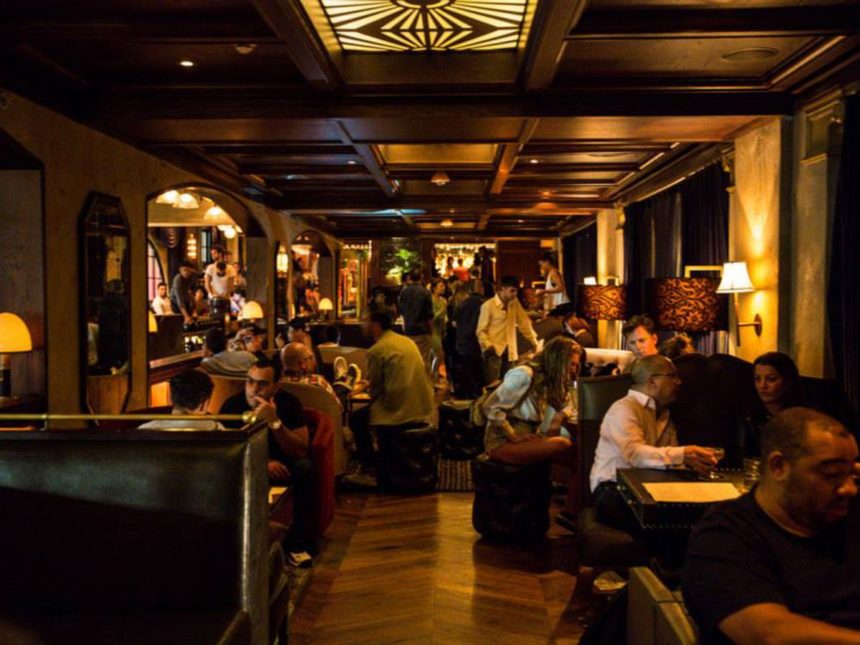 MA: That was definitely very much considered. We looked at how people were moving at night. Sitting around the same table, around the same bottle, the same people. It was something that we just didn’t want to do again. Part of that was about us growing up in nightlife and wanting to do something that respected that, but at the same time would create an experience that led to a new kind of interaction. So, we gravitated to a place that was in between a nightclub and a restaurant, a place where we could bring people together and get them off their cellphones. That’s why introducing the game element was so instrumental to that concept. People can grab a lane or play a simple game and it instantly breaks down walls, people begin to interact.

Do you feel that the need for a door-person to curate the crowd has become a lost art? Is it even relevant any more?

MA: There is absolutely still a need to mix the crowd. That being said, at The Spare Room a lot of work went into creating a space that could almost curate itself; attracting people with like-minded tastes, for example, those who are into quality cocktails or a certain aesthetic. A team of promoters isn’t needed at The Spare Room to attract a certain type of crowd. The room truly sets the tone.

MR: I also think that the amount of options of where people can go out has defeated the doorman culture. Twenty years ago there were only a handful of cool places and if you couldn’t get into one of them, it kind of became a mission, a challenge. You’d come back until you made it happen. Now that club owners have solved the equation of how to turn a profit, more and more people are getting into the game and the more options are available to people on a given night, the less it makes sense to be turning people away.

How does nightlife look at the end of the decade in LA? Will it be one monster nightclub after the next? Will we be a 4AM city?

MA: I think 4AM is on the table for sure, and has been for a while. As the industry grows, so does its tax revenue and I’m sure the state and city weigh that against the logistics of how to make that transition.

MR: I think there is a lot of talent out there in some of the groups opening nightclubs in LA and New York. They’re offering a lot, investing a lot, and delivering. On the other hand, there has to be a certain diversity for people who are looking for something different, or for somewhere else to go the other nights of the week. I think it will progress and evolve, and find a balance. Los Angeles can sustain those larger outlets now and people are excited about that.

What about New York? What does the future look like for your hometown?

MA: You know, that’s a tough question. It’s easy to be pessimistic about the future of a city that we’re so emotionally attached to. It’s hard to see places that you’ve known your whole life disappear. Artists can’t afford to live there, small businesses struggle to open or stay open. There is very little left to even gentrify! But, I think New Yorkers are resilient. A lot of people are committed to keeping it great and participating in that experiment, and they’re resourceful enough to figure out how to make it work. We romanticize a lot about what New York was. The art scene was amazing, the hip hop scene was amazing, and it was a very creative time — but this next generation will find a way.”

MR: That’s a good point. It’s not just New York that is changing, it’s everywhere. Everything is cyclical, and as much as I love LA, as much as this city has been slept on for far too long, New York is not going anywhere. It will always, in some aspect, want to lead the way. That said, I think Los Angeles is ready to introduce itself to the world.

“Yayoi Kusama: Infinity Mirror Rooms” at The Broad gets a ticket release date