Summer Olympics come to LA in 2028 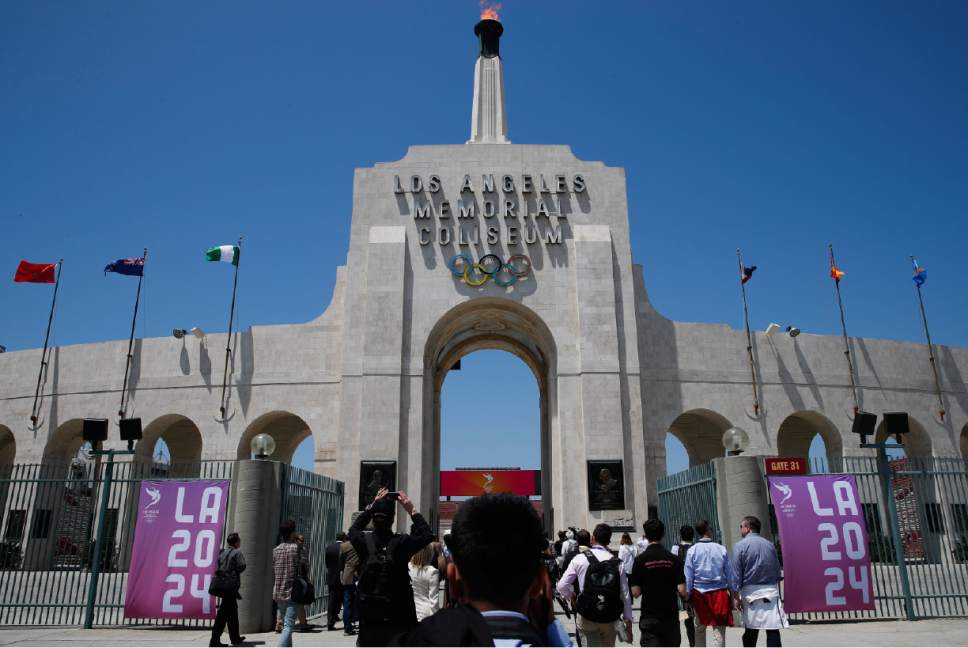 After months of speculation and deliberation over which city would play host to the ’24 and ’28 Summer Olympics, the IOC officially announced on Monday that all eyes will be on Los Angeles in 2028. LA was a lock for the American bid after Boston dropped out of the running in 2015, but faced strong competition for the honor from a list international competitors.

When the dust cleared the finalists had been narrowed to two cities, Paris and LA. Rumor has it that the IOC was fully satisfied that either place would be an outstanding candidate to host the games, and so left it up to lead representatives of both cities to duke it out over who got what year.

After today’s announcement it seems as though Paris got the jump and we’ll see the games in the City of Lights in 2024.

LA representatives from the Olympic bid committee and city officials celebrated the news, with those extra four years allowing for essential city and infrastructure planning to host the world-class event.

LA has hosted the games twice before, in 1932 and 1984. The ’84 games were most memorable for the absence of the former Soviet Union due to a boycott, allowing for a strong medal finish for the USA. Athletes from the US stepped up to the podium 174 times compared to second place West Germany at a mere 59.

Although not taking reservations yet, there will be no better place to stay during your Olympic visit than The Hollywood Roosevelt so book early!