Mexico City comes to Los Angeles – A review of Tintorera 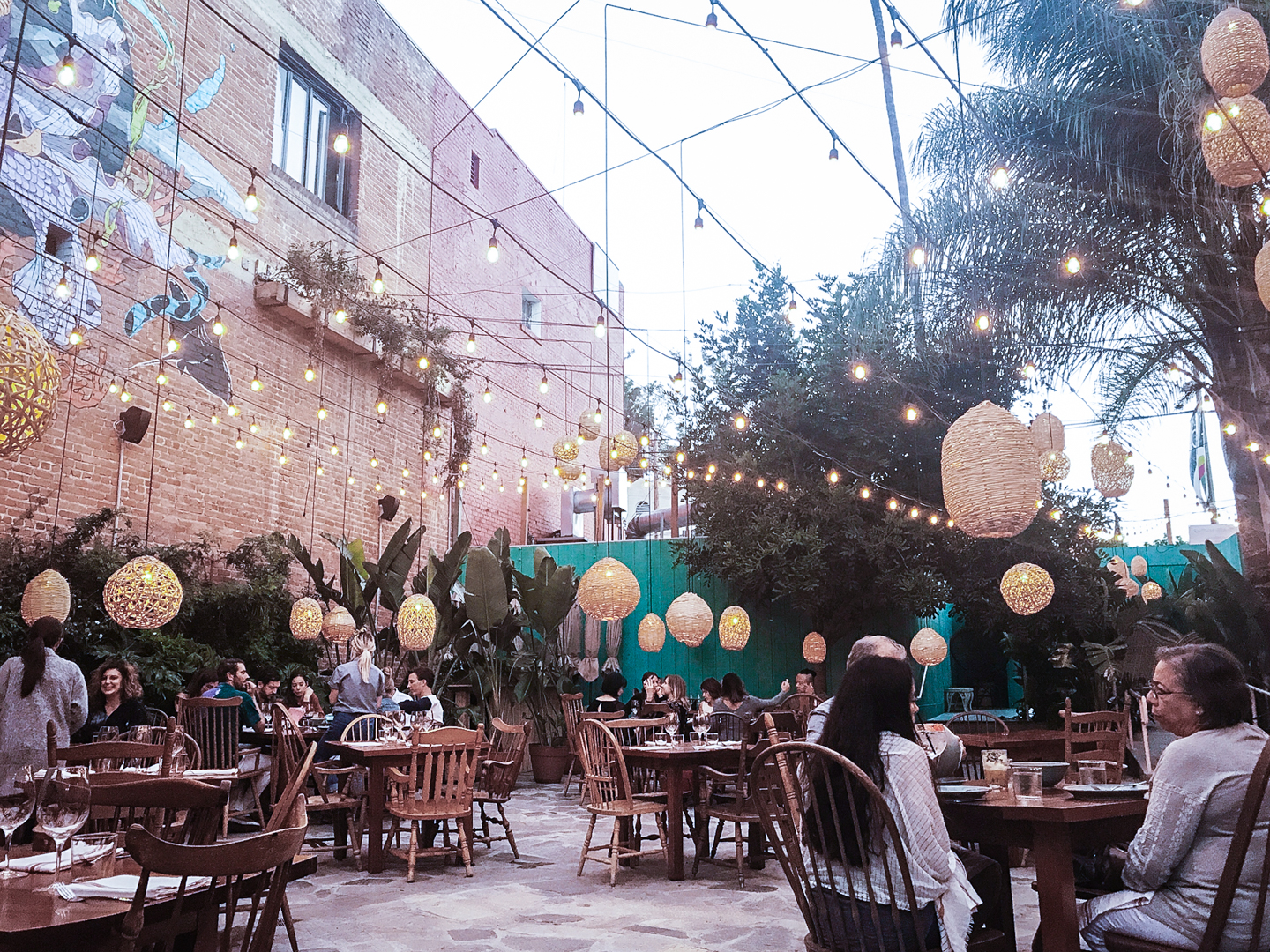 Tintorera is still in its soft opening in the hipster neighborhood of Silver Lake, but it’s already making big waves across Los Angeles, or maybe just across my own appetite. For a city dotted with taco trucks, Mexican food chains, and mom and pop legends like Guelaguetza, there aren’t that many high end places to sit and enjoy a Mezcal cocktail alongside fresh ceviche that’s so flavorful, you’ll likely feel like you’ve been transported to CDMX.

Some may be deterred by the incredibly relaxed vibe of the restaurant. I arrived for dinner early and sat in the spectacularly decorated bar, complete with custom illustrated plant wallpaper and vintage Tintorera posters (tintorera means ‘shark’ in Spanish), and chatted with the bartender for quite some time. He was eager to tell me about the cocktail program and general plans for the restaurant, and I was a happy listener. We talked about the discrepancies in the service industry between here and Mexico City, and how Tintorera is bringing that Mexican hospitality to Los Angeles. Where you’ll see it most? Your waitstaff is told not to force the check on your table. As a patron, you are invited to stay, order a meal progressively, delight in an aperitif, and put time with loved ones before the needs of the next party wanting your table. It’s a slower pace that’s bound to upset a casual Yelp reviewer, but an exciting shift to see unfold along this bustling section of Sunset Blvd.

While the bar provided for a beautiful, sure-to-be Instagrammed interior, the thoughtfully-designed exterior of the restaurant is where Tintorera takes off. The patio is simply stunning, lined with lush green plants that have been set up to grow into a wild, organic canopy overhead as the restaurant ages similar to its Mexico City sister location. There’s ample space around each table, providing for a nice sense of privacy which I’m sure the famous ‘90s actress that was seated next to my party appreciated (this is LA after all). Our waitress told me that there are plans to expand the patio with its own bar and even more seating in the upcoming months. 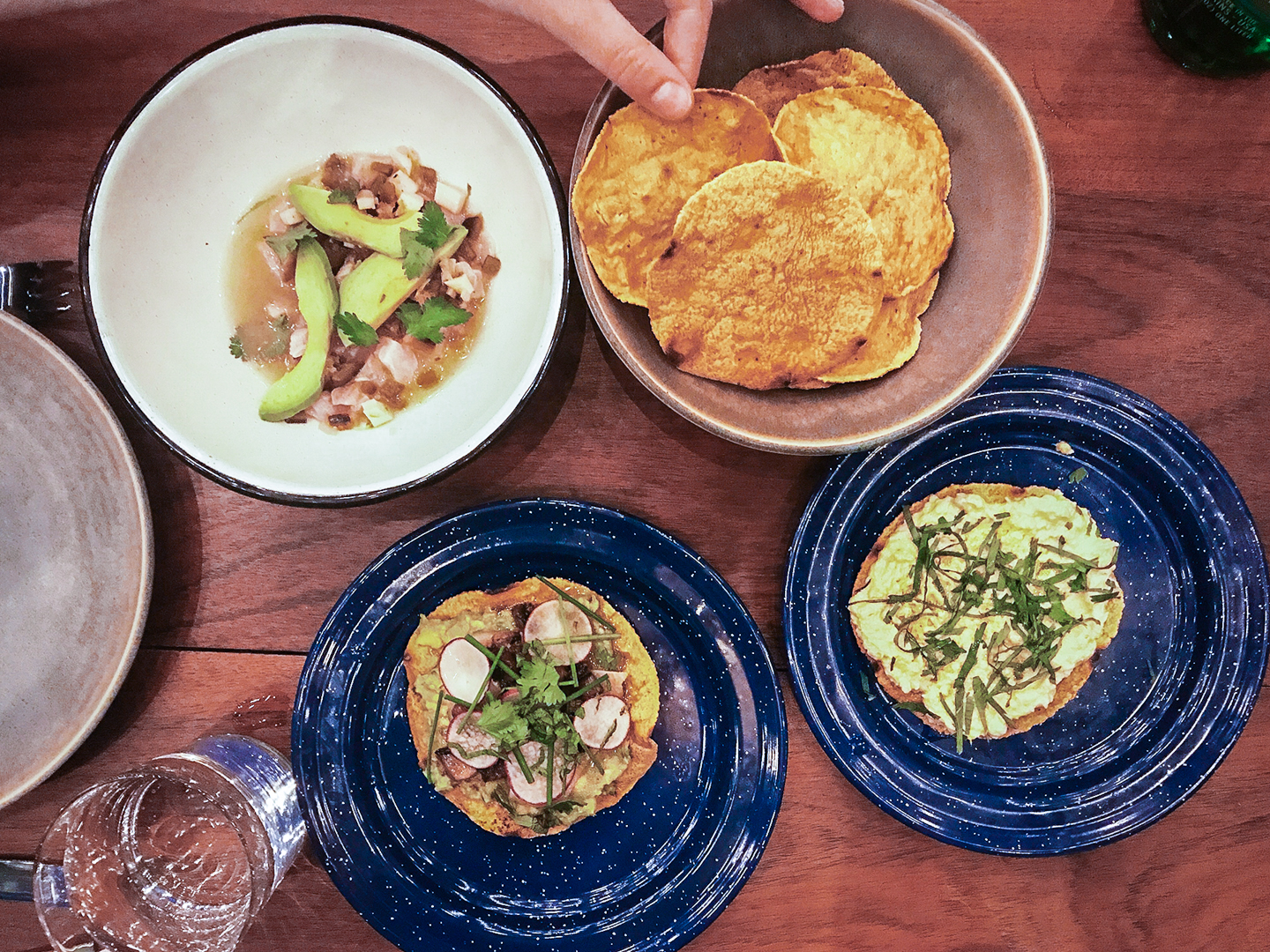 Onto the most important part – the food. Seafood is, as the name would have you believe, where Tintorera shines. Be warned that if you’re famished and in need of a heavier meal, this is not the place for you. You’ll drop decent coin on well-sourced fresh fish that will leave you very satisfied, but not so full. If like me, that idea leaves you feeling excited rather than angered at the cost-to-portion ratio, start with the hamachi tostada and tuna tartar, maybe add a crab toast to your offer. The seabass ceviche is another must on the list, served in coconut water with chile poblano and cilantro. Because servings are light, come with friends and order more. We were told the fresh watermelon salad with goat cheese, black pepper, and basil is a summertime must, but we wanted to leave room for the main course and dessert.

“Seafood is, as the name would have you believe, where Tintorera shines.” 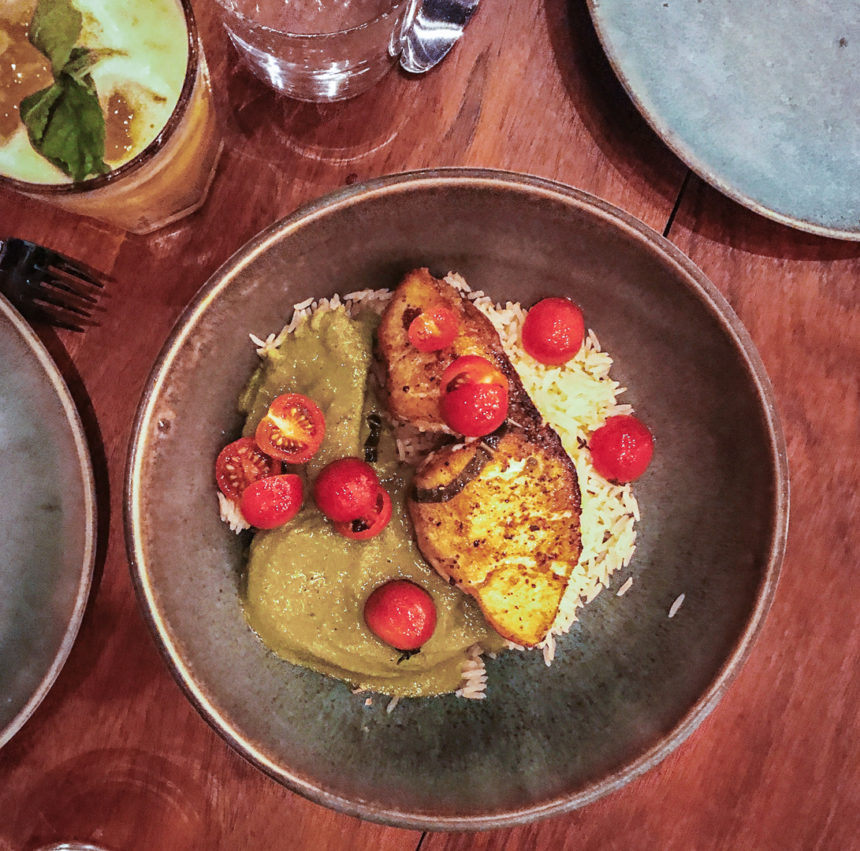 For the main, there really is no choice but the grouper. At Huset, the best dish on the menu is the tuna with ginger rice and avocado, and this dish mimics that idea with the perfectly-cooked grouper, cilantro, and cherry tomatoes. For the heartier eaters among you, I peeped a glimpse at the short rib and the arroz con pollo, and if looks mean anything, you won’t be disappointed.

It cannot be stressed enough to leave room for dessert. It’s a decadent but unforgettable small plate with a slice of corn bread on a dulce de leche base, served with caramelized popcorn and mezcal ice cream. If I were to use those clapping emojis between words for emphasis, IT 👏 IS 👏SO 👏GOOD. 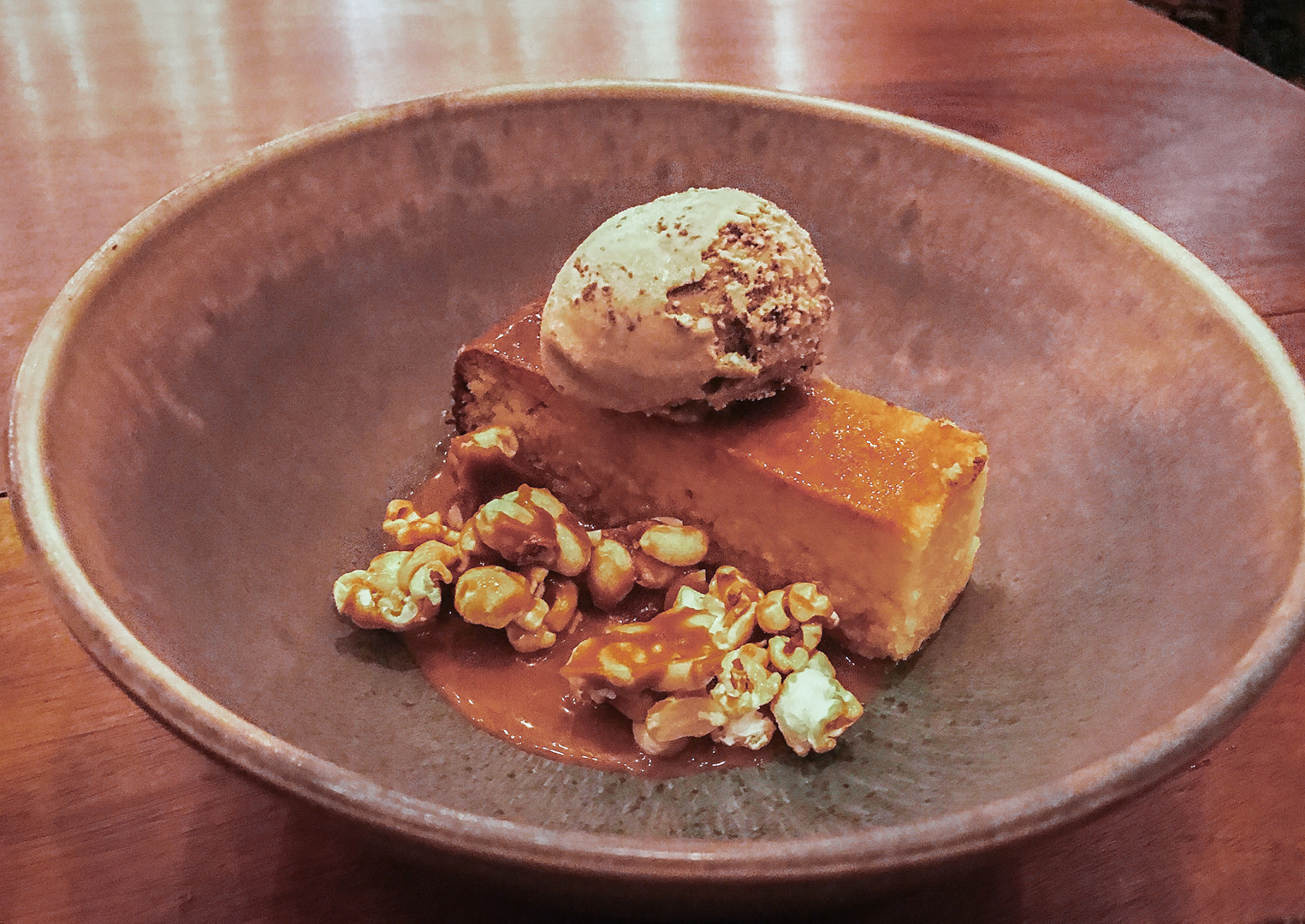 There hasn’t been much discussion of the cocktail menu, but I will say this. We ordered four drinks: Mezcal Verde (a touch spicy), Agave Punch (fruit punch with a smokey kick), Aguacate (think tequila meets avocado), and a carajillo to polish off the meal, and each one was better than the last.

With the restaurant in soft opening, the waitstaff was sure to tell us that the menu is currently just a limited one. Huset favorites like the avocado pizza (which you can top with grasshoppers) may be making an appearance very soon. For now, there are enough treasures to have you returning to that stunning patio time and time again for a relaxed meal in a friendly environment.