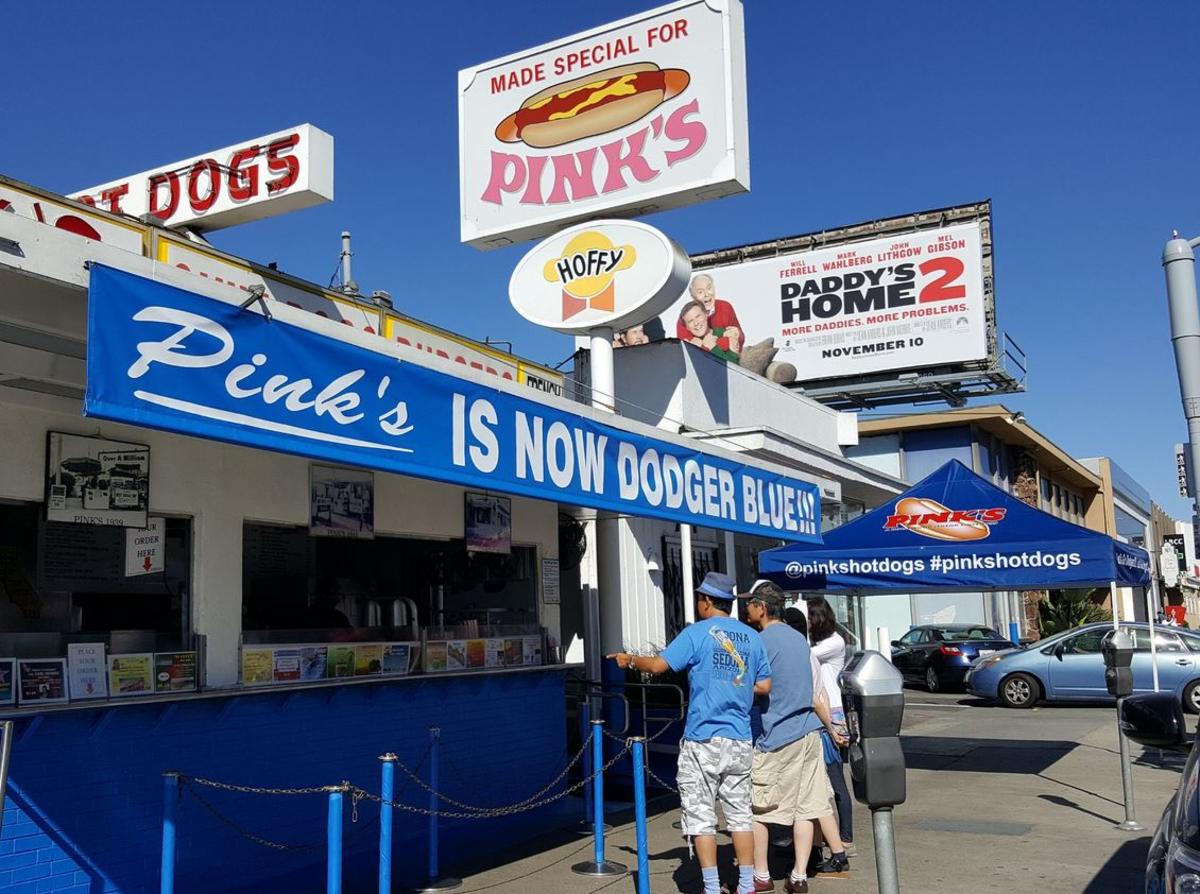 No baseball game is complete without a good ol’ hot dog, which means there’s no World Series without a hot dog stand feud.

The Los Angeles Dodgers are going head-to-head with the Houston Astros to see who will be crowned the champion of the World Series, and each city’s respective hot dog stand has made sure to get in on the fun. While the Dodgers take the Astros, Pink’s Hot Dogs take Houston’s Good Dog.

For any Dodger fans out there, a Pink’s rivalry is nothing new. Last year, Pink’s took on The Wiener’s Circle in Chicago as the Dodgers played the Cubs in the National League Championship Series. The bet was simple: loser buys the winner’s fans hot dogs. The Dodgers lost, and Cubs fans ate for free.

This year, Pink’s has taken it to a whole new level. The bet has been been made, the Twitter back-and-forth is well underway, and for the first time in 78 years, Pink’s signage has taken on a new hue: Dodger blue.

Everyone wants free food, so what about the night after the (@Dodgers) win, winner gives hot dogs, compliments of the losing hot dog stand? https://t.co/JwDHgy0ax3

As for the bet, whichever city loses the World Series title will buy the winning city’s fans hot dogs galore—up to $500 in dogs, that is. That’s one delicious way to celebrate.

We’re down like 4 flats on a pickup truck!! Once the @Astros win, we’ll happily take your $$ to give out free #HotDogs to #HTown! 🤘🌭💰 https://t.co/Knu9hjMXBE

Sonja Teri is making art accessible one print at a time