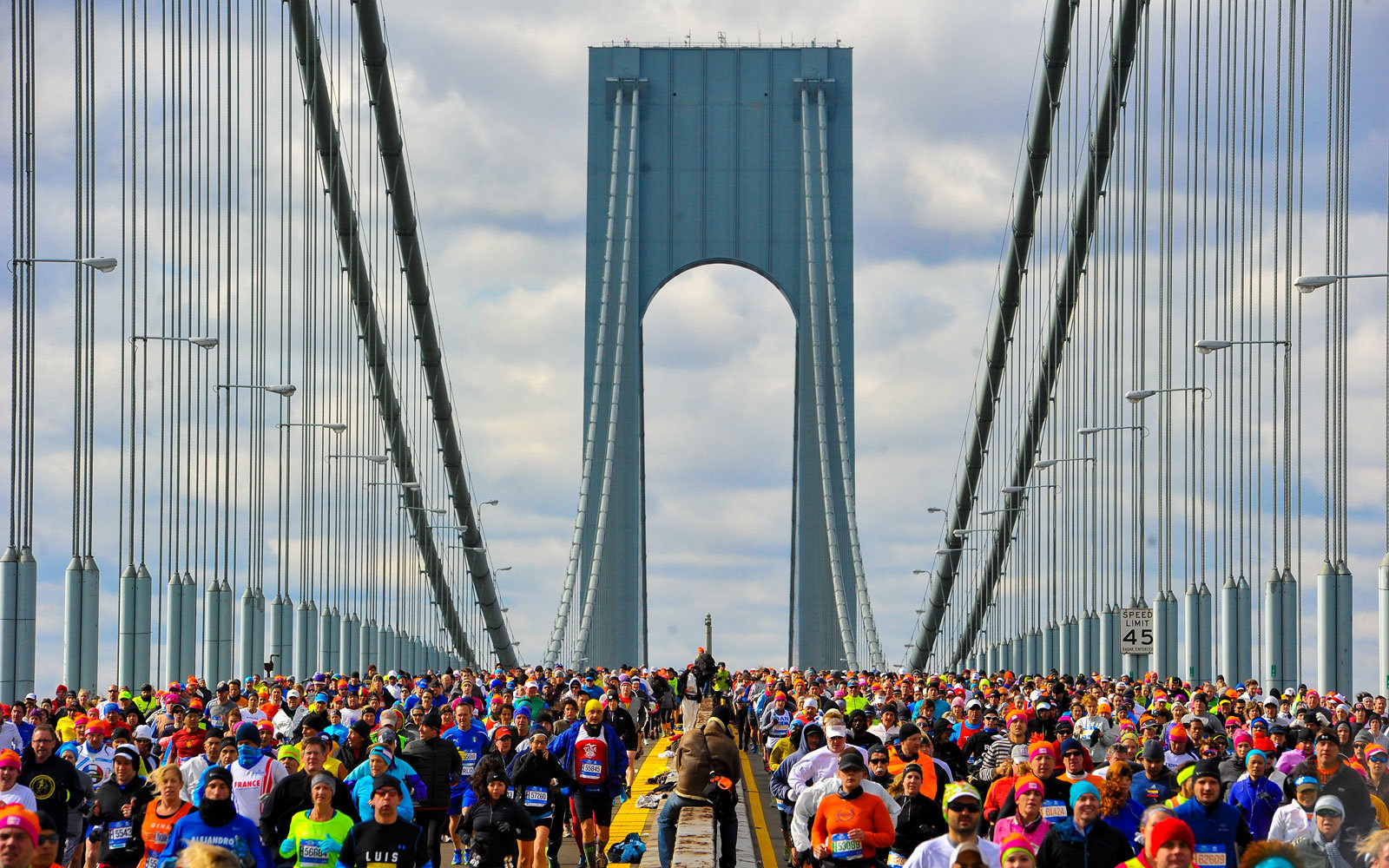 This Sunday in New York City is guaranteed to be electric as New Yorkers, visitors, runners, and non-runners alike come together to celebrate or participate in the world’s largest marathon. Yes, we are talking about the TCS New York City Marathon.

50,000 runners will take on the ultimate challenge of traversing all five boroughs and more than a million spectators will be there to cheer them on. The race begins in Staten Island, bringing runners through Brooklyn, Queens, Manhattan, and the Bronx, before reaching the finish line in Central Park at 67th Street and West Drive.

It’s a legendary race in a legendary city, but the fun (if you so chose to call it that) isn’t just for those who are running. From mile 1 all the way to the end of the 26.2, there is something for everyone.

Spectators have 26.2 miles of cheerleading territory. Catch the runners on Fourth Avenue in Brooklyn as they exit the Verrazano-Narrows Bridge, or pump racers up at the Pulaski Bridge, which marks the halfway point. Park up at First Avenue in Manhattan with the crowd of spectators, head to East Harlem and show your enthusiasm at miles 18-20, or line Fifth Avenue at East 90th and 105th for miles 23 and 24 right before racers enter Central Park.

For those who want to add some indulging and imbibing to the day, why not try out a pub crawl that just so happens to follow the course? Grab some grub across the 12 neighborhoods and eat your way across the city in a food and drink marathon challenge. When you need a break from the eating, drinking, or cheering, pop into a museum near the end of the race on Museum Mile for some Sunday culture.

Whether you’re exploring the city as you cheer or are looking for a place to recover with a burger and beer, there will be no shortage of excitement in the city this Sunday.