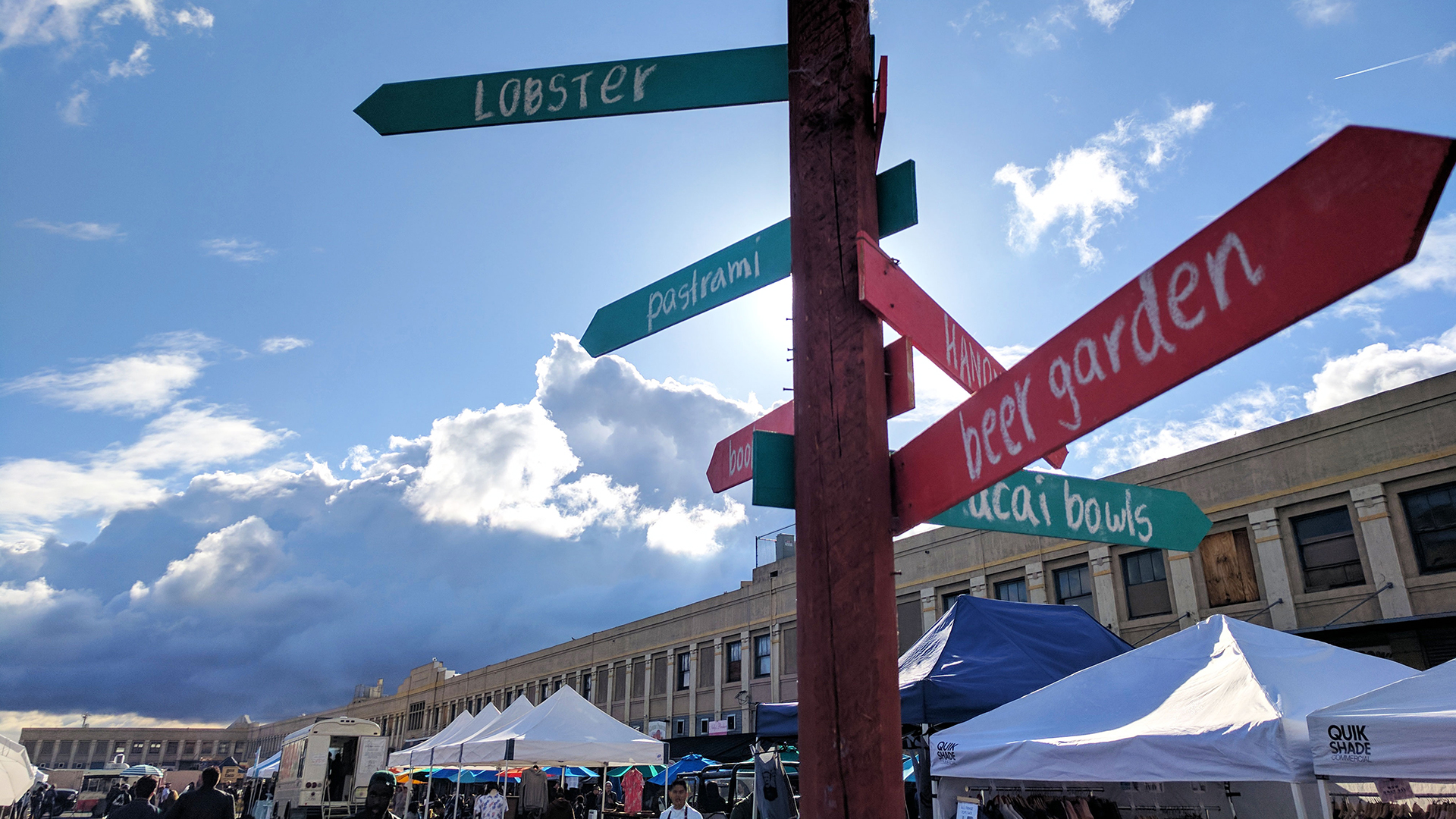 The patio at the former Cat and Fiddle, just a short walk from the Hollywood Roosevelt and the home of countless memories for the city’s young creative class, has welcomed a New Yorker to its sunny confines. April Bloomfield, the chef behind New York favorites The Breslin and the Spotted Pig, is on the verge of opening her first Los Angeles outpost, the Hearth & Hound. That it would happen in December, maybe the month that showcases the climate differences between the east and west coasts the best, seems to be a happy coincidence; you won’t find many outdoor dining spaces thriving in Manhattan at this time of year.

New York and Los Angeles have always shared a creative connection, but the last few years have seen an influx of chefs, bartenders, and others moving from the boroughs to the southland. With a mix of established New York brands and talented chefs opening new concepts, it seems like L.A. is currently winning the bi-coastal tug of war.

According to a LinkedIn survey, Los Angeles has added workers from New York City at a higher rate than from any other American city from December 2016 to November 2017, almost three times as many as from second-place Chicago. Los Angeles, meanwhile, was not in the top ten of homes of New York-bound migrants.

“Roberta’s seems to have an obsession with making pop-up appearances at the Platform complex in Culver City, the type that could be interpreted as testing the waters for a west coast expansion.” 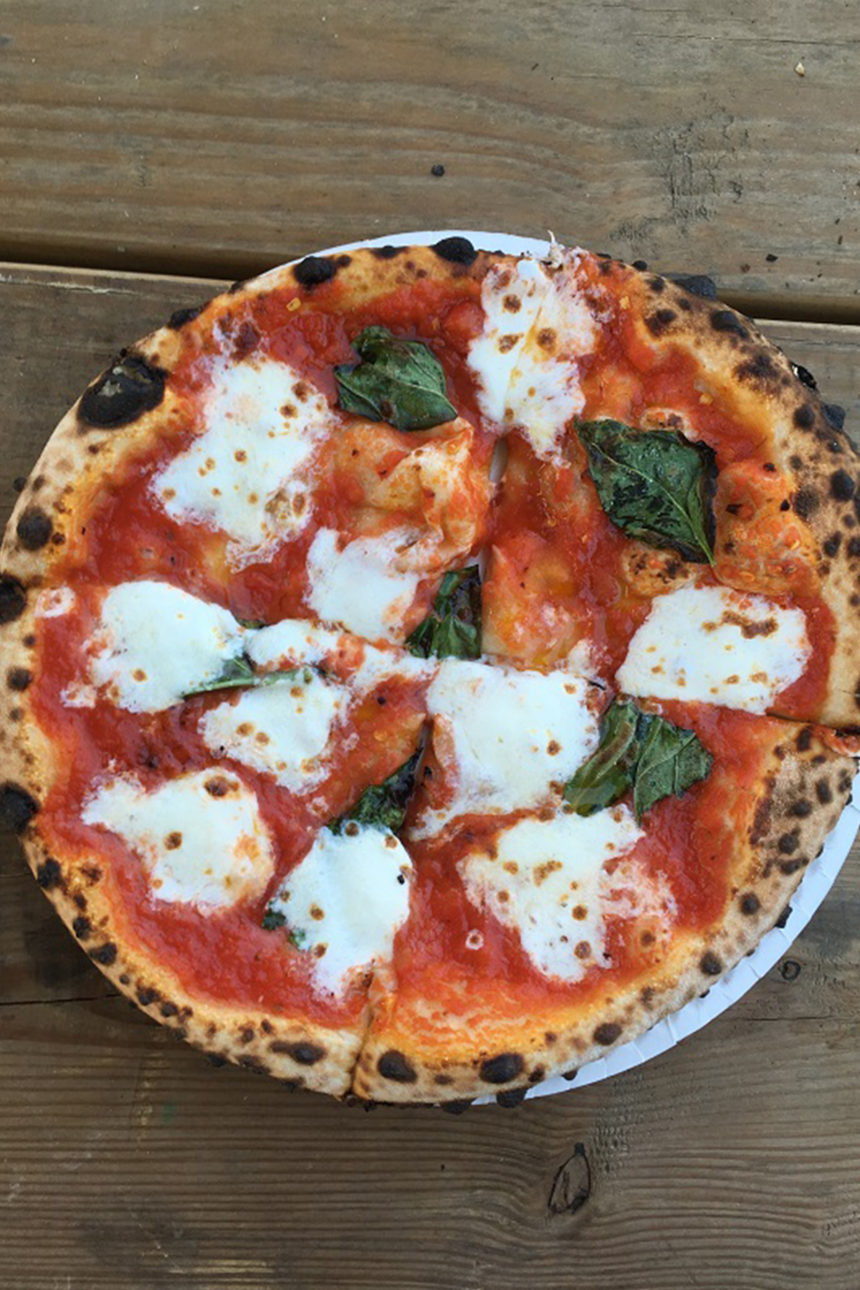 Chef and author Eddie Huang brought his Baohaus restaurant from the East Village to Chinatown earlier this year. Sweet Chick, co-owned by the rapper Nas, settled in among the streetwear stores on Fairfax Avenue. David Chang is said to be near throwing open the doors on a restaurant in downtown. And Roberta’s, the Brooklyn Italian restaurant that is one of the city’s favorites, seems to have an obsession with making pop-up appearances at the Platform complex in Culver City, the type that could be interpreted as testing the waters for a west coast expansion.

But it hasn’t just been limited to restaurants and bars. The owners of Baby’s All Right, a Brooklyn music venue, have a spot picked out in Chinatown for a new nightclub, according to L.A. Curbed. The Madison Square Garden Company restored and reopened the Forum in 2014, and NYC concert powerhouse Bowery Presents opened the Teragram Ballroom in 2015.

The key for both the restaurateurs and the venues seems to be not simply photocopying what’s been successful in New York. The Forum’s reopening was much more a restoration than a Madison Square Garden-themed remodel, and murals along the walls depict some of the great historical performances in the arena. Bloomfield’s L.A. outpost is designed, she told the New York Times, around the restaurant’s 13-foot hearth and a wood oven; “smoky” is a key descriptor.

“Smorgasburg in L.A. is not a New York market. We took that model, but applied it to what’s going on in the food scene in L.A..”

Perhaps the best model for how a New York business can be successful long term in Los Angeles may come from a market. Smorgasburg, an open-air bazaar with local food and craft vendors, got its start in Brooklyn before opening in Los Angeles in 2015, but the name and the platform is almost exclusively what the two share.

“Smorgasburg in L.A. is not a New York market,” says Zach Brooks, the general manager of Smorgasburg in Los Angeles. “It’s not a franchise. It’s an L.A. version of Smorgasburg. We took that model, but applied it to what’s going on in the food scene in L.A.. A few vendors came from New York, but most of them are L.A.-based, which makes the market completely different than the New York one.”

John Legend lights up the Hollywood Roosevelt with rooftop concert