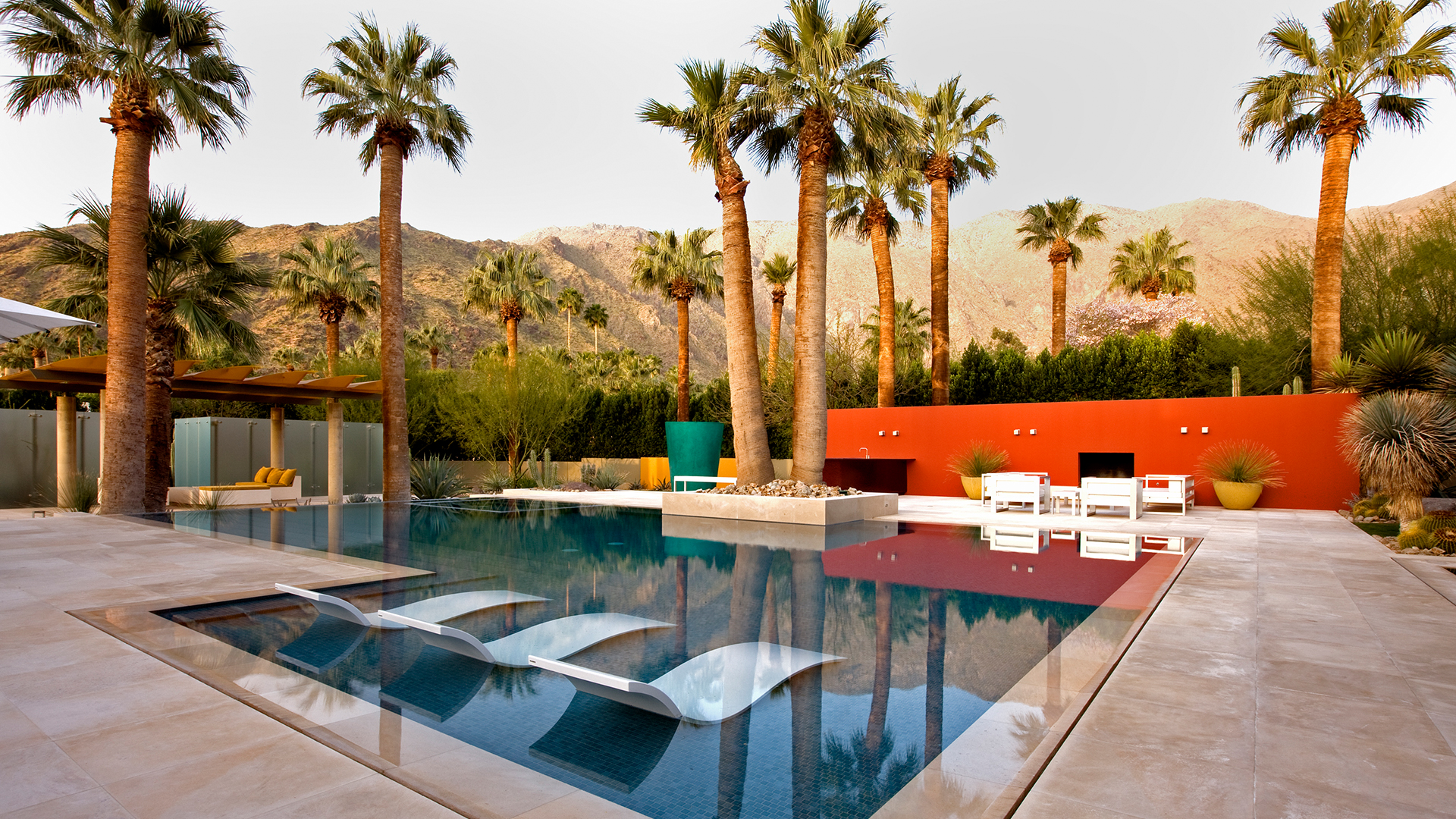 When Steve Martino first started integrating native desert plants into his designs in 1970s Arizona, his work was so unique that the American Society of Landscape Architects had to invent a new category for their annual awards.

“I entered a couple of my projects and they said they couldn’t take them, because they couldn’t evaluate my projects against the industrial parks and the like,” he said. “So they made a special category for me, called Arid Projects or something like that, which I cleaned up because I was the only one.”

Decades later, the expectations of a desert garden in cities like Palm Springs have finally caught up with what Martino was pushing. And in “Desert Gardens of Steve Martino,” a beautiful study of his work—out on The Monacelli Press on April 3—those gardens get their due with crystal-clear explanations and envy-inducing photography.

The book, which grew out of collaborations between Martino, his longtime photographer colleague Steve Gunther, and author Caren Yglesias, makes a convincing case that the Arizona-based landscape architect was one of the driving forces behind both using native plants in desert gardens and tying those enclosed spaces to the surrounding ecosystem.

“Your grill is surrounded by a circular tray filled with peppers, onions, cheese-laced corn, and raw egg.” 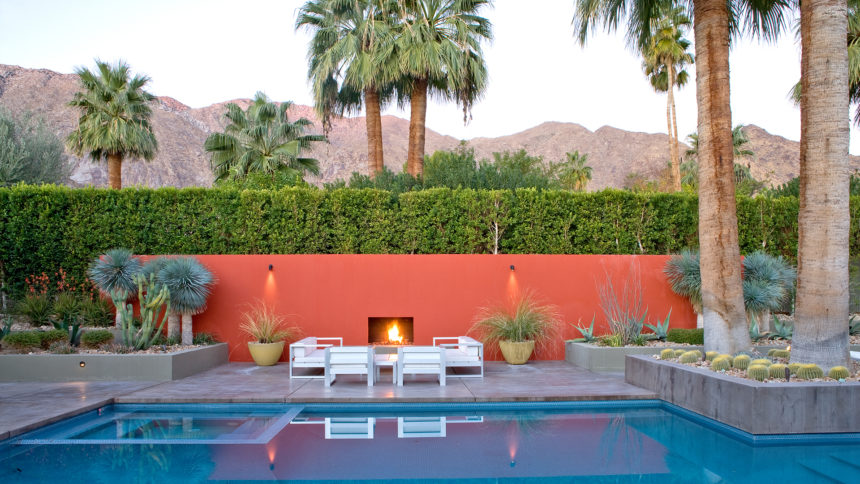 “What’s he’s doing is so important in issues of sustainability that are on everyone’s mind, whether it’s threats of deregulation, or concerns about violent or extreme weather and damage,” Yglesas said. “It’s not just native plants – that’s too simplistic. It connects a suburban backyard with the place in the way that demonstrates how every single person can be a responsible steward of the environment.”

Those are heady accolades for an accidental landscape architect; Martino got into the field on something of a lark. “I just got sidetracked,” he says. “Looking around, the desert seemed a lot more interesting than anything man-made in the city. I was doing projects and I wanted to use desert plants, for all sorts of reasons, and there was just a wall of resistance from everybody. Nurseries, clients, cities – in the landscape profession I was always the oddball.”

Martino’s work in Palm Springs is represented in “Desert Gardens” by two different projects done for clothing maven Marc Ware. Bursts of color dot both, especially on the privacy-guarding, often curved or angled walls around the perimeters of the back yards, the influence of Mexican architect Luis Barragan in hue and L.A. architect Franklin Israel in shape.

But it’s the environmental awareness of his designs that might prove to be the longest lasting piece of his legacy. Some of the native plants used today by Martino and others didn’t even have names when the landscape architect was starting down his path, and no one wanted a backyard full of what were considered “weeds.”

Today? Take a walk through any neighborhood in Palm Springs or the surrounding cities. Look at the landscaping at Two Bunch Palms, or other public spaces. The DNA of Martino’s work runs through all of it.

“Look at the landscaping at Two Bunch Palms, or other public spaces. The DNA of Martino’s work runs through all of it.” 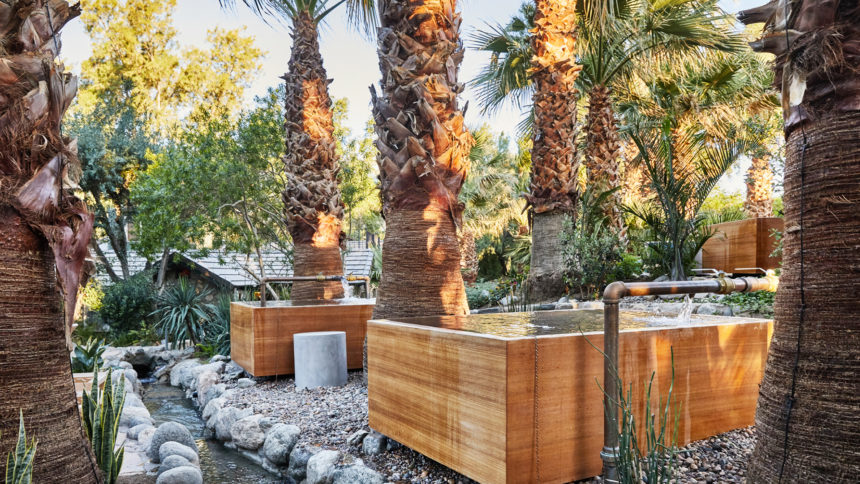 “Now, all the projects are desert-related,” he says. “I worked on a Phoenix public library and we wanted to use mesquite trees. And we were told they’d be inappropriate in the city. Now, they legislate that you have to use desert trees.”

“It’s gratifying I guess,” he jokes, “but I’ve still got a chip on my shoulder.”

As gorgeous as the photographs of “Desert Gardens” are, though, it takes standing in those spaces to understand the full power of Martino’s work. According to Yglesias, the tension between confined space and the vastness of the desert is the charge behind every angle and view.

“What is not apparent – but the feeling you get when you’re in these spaces – is a relationship of scale,” she says. “You become comforted by these walls because they’re bigger than you are. It gives you a tremendous sense of enclosure, but then when he opens [the walls] up, that release is so powerful.”

*Featured photo by Steven Gunther, courtesy of The Monacelli Press.