Set Your Sights on Some of Chicago’s Best Views 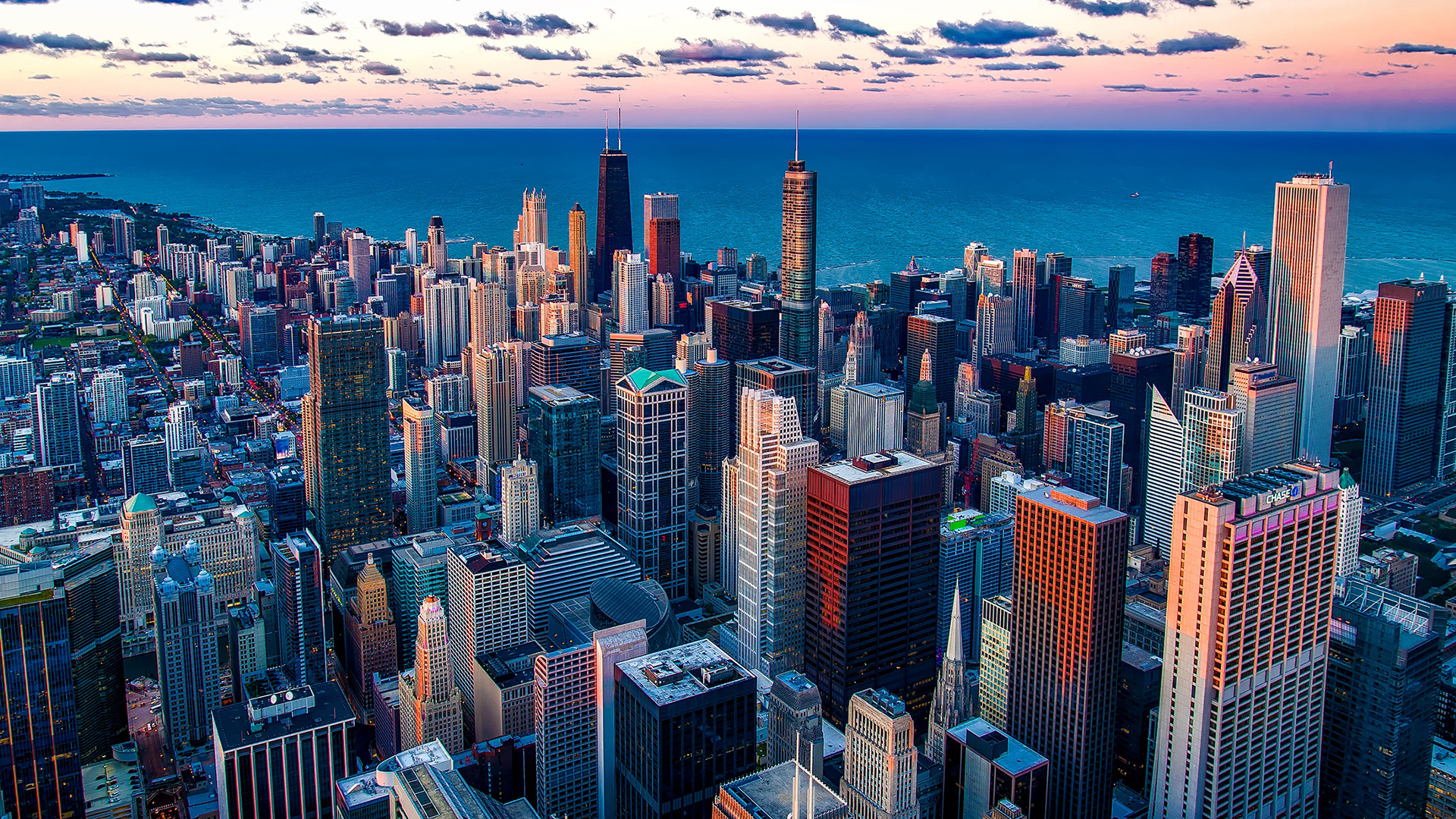 With a skyline as gorgeous as Chicago’s, it’s no wonder residents and visitors are constantly seeking out the best views. The good news is that there is no shortage of options, ranging from the obvious — hello, Willis Tower observation deck — to more surprising hidden gems (one of the event spaces at the Ambassador has an outdoor terrace with a must-see view). Ready to see what all the fuss is about? Here are some of the best places to get an eyeful of the Windy City:

One of the most iconic skyscrapers in Chicago is the John Hancock building (that’s the one with the crisscrossing Xs that go all the way up it). Don’t be tricked into thinking you have to go to the observation deck at the very top, though. Instead, skip the crowds and head one floor lower to The Signature Lounge. The bar is surrounded by 360 degrees of windows, doesn’t cost $23 in admission, and has cocktails. Win-win-win!

Head to the Lake 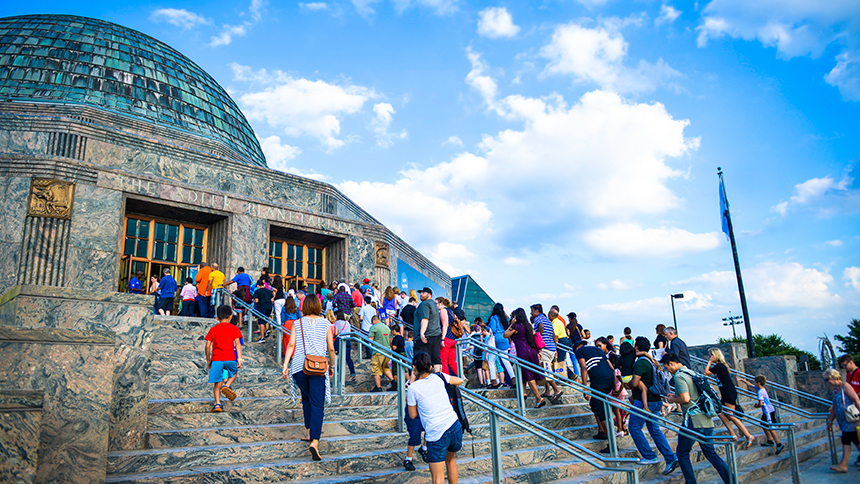 The best way to see the entire skyline is from a boat on Lake Michigan, but there are a few options that come in close second. Either stroll all the way to the end of Navy Pier (it might take a while — this popular landmark can get crowded) or walk out to Adler Planetarium. Both attractions jut into the lake, letting you take in the city without leaving solid ground.

Get Behind the Wheel or Hop on Two Wheels

Whether you’re cruising south down Lake Shore Drive in a car or on the bike path, you can’t beat the shot of the city spreading out in front of you as you reach the curve at Oak Street Beach. There’s something about all those tall buildings being surrounded by blue water that just has to be seen. 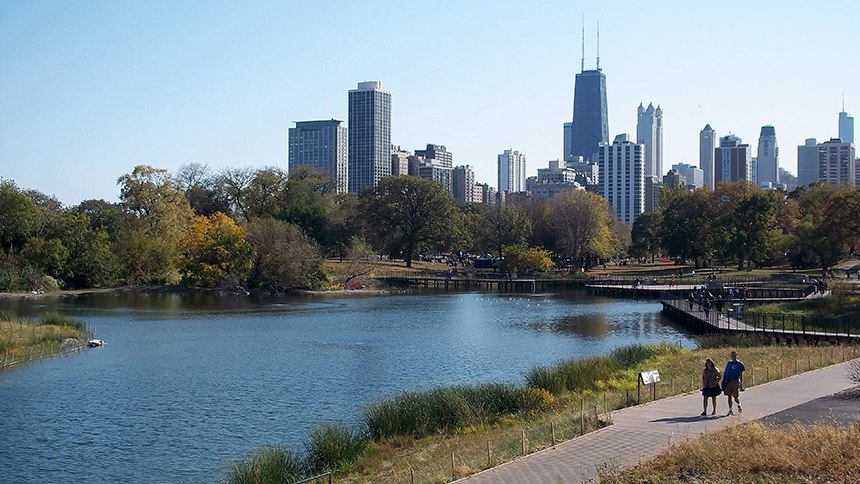 There’s a reason so many brides and grooms come to the Bridge over South Pond in Lincoln Park to get their photographs taken: The backdrop of the skyline is second to none. Look for the cool geometric dome near the farm at the Lincoln Park Zoo and you’ll know you’re there.

Many of Chicago’s trains run above ground, making them great for seeing cool shots of the city. A favorite option is to take the brown line into the loop — it runs over the Chicago River, giving you a look at the architecture on both sides, then makes a circle through downtown.

Don’t Forget About the South Side 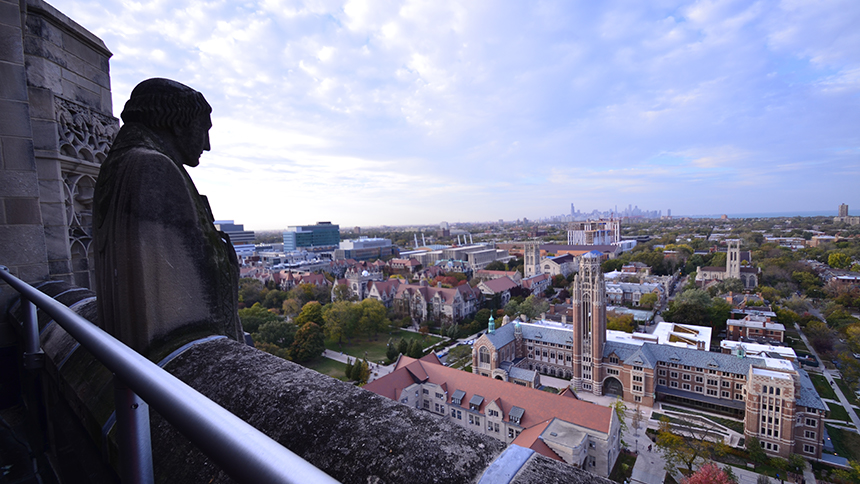 In Hyde Park, the University of Chicago has some must-see architecture. One of the most iconic buildings is the Rockefeller Chapel, which features the tallest tower on campus. Walk up the 271 spiral stone steps and out onto the walkway to catch a unique view of the lake and city. And while you’re in the area, go a little northeast from Rockefeller Chapel to a spot called Promontory Point, which is in Burnham Park. Chances are you’ll see a wedding happening in the fieldhouse at the end of the point, but you’ll also get some spectacular views of the skyline.