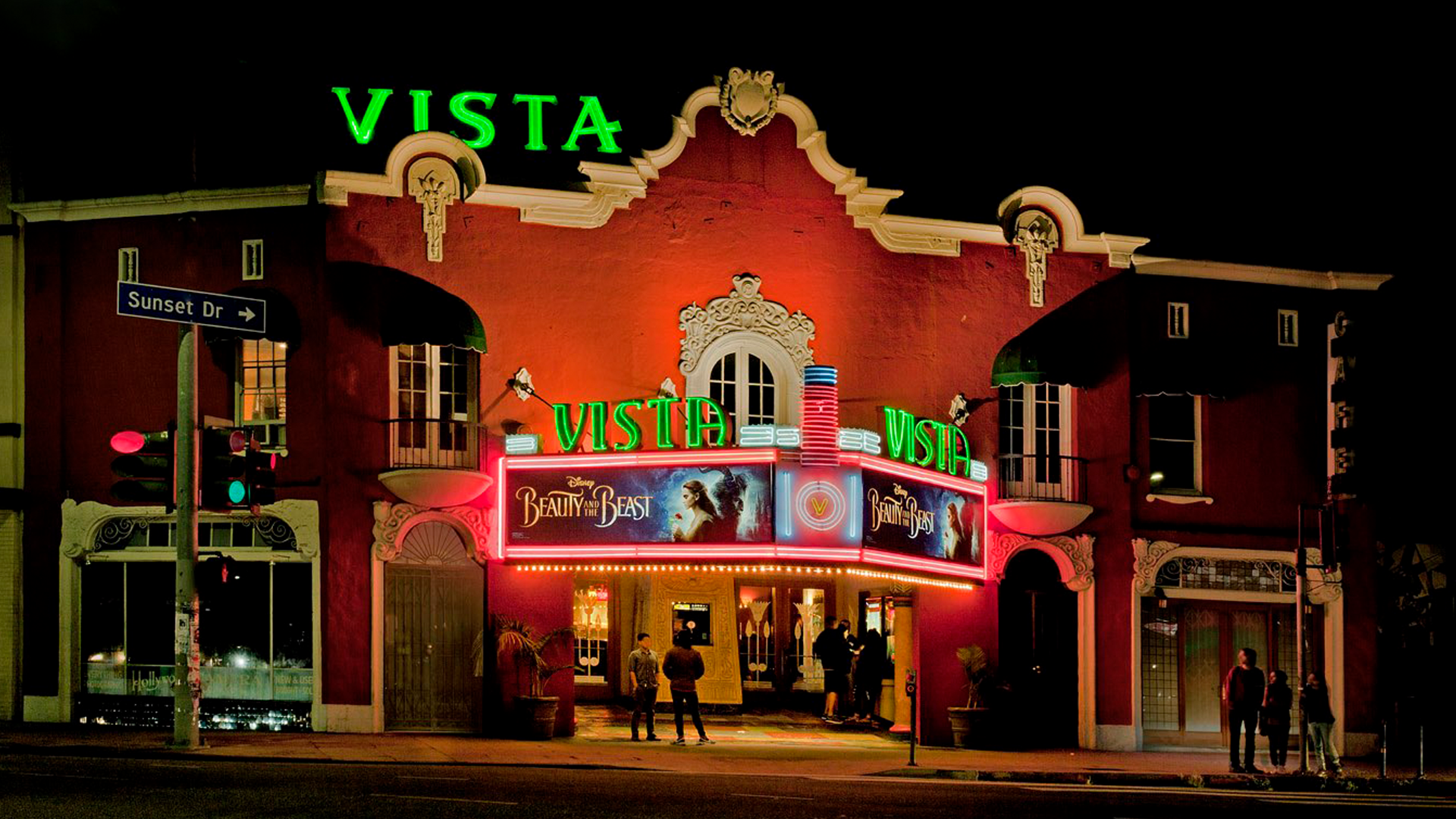 There are two projectors upstairs at the Vista Theatre. They sit side by side, constant reminders of the single-screen movie house’s past and future: One, a full-fledged, operational 35mm projector, still in use for some of the theater’s throwback screenings, sits to the left; the other, a sharp, but plastic, unit, is set up to play digital copies of films sent by studios.

Victor Martinez is the type of theater manager who prefers, despite its age and wear, the first one.

It’s a reverence for film and moviegoing history that has helped the Vista set itself apart from other movie-watching experiences in a city of countless black-box and multiplex theaters. Located a straight shot down Hollywood Boulevard from The Hollywood Roosevelt, the Vista has seen ups and downs in its 96 years of history, but today it’s found its niche as a throwback to the original days of film exhibition.

“Our purpose here is to give you classic exhibition,” says Victor Martinez, the theater’s manager who started in concessions in 1988. “When you go to a theater nowadays, they don’t even want to give you a curtain. When you go to other theaters, they’re very nice, but there’s something missing.” 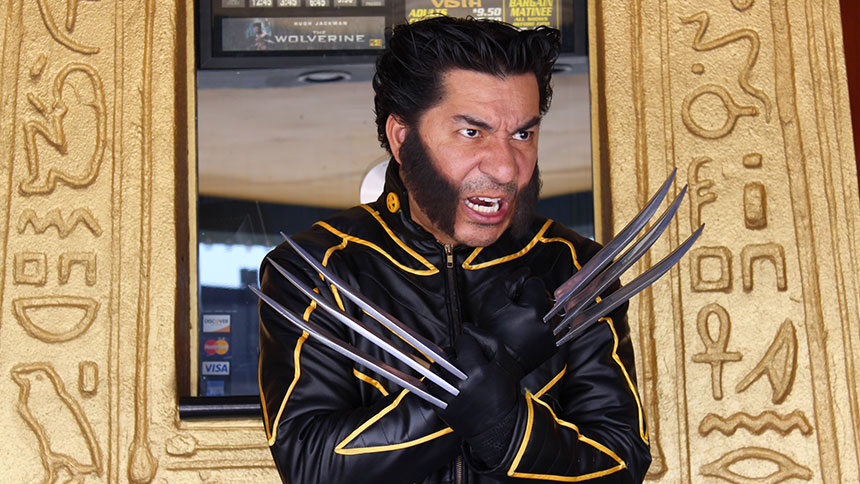 Starting with a film called Tips, the Vista opened to a waiting public with first-run movies in Los Feliz, a neighborhood with plenty of its own ties to the industry’s history; it was the home of major studios and was even where Walt Disney drew his first version of Mickey Mouse. But as the focus of the film world began to move west, to Hollywood and environs beyond, the Vista suffered. It spent some time as an adult film theater before being turned into a second-run house, sometimes barely staying afloat.

By the 1990s, the theater was back on the upswing. Renovations were slowly being done, piece by piece. And eventually, new releases began screening at the Vista again, as the one-screen house was acquired in 1993 by Vintage Cinemas, then doing business as Five Star Theaters.

When Vintage bought the Vista, that included the employee most associated with the theater today. Martinez has done everything outside of booking films for the Vista, but many patrons know him best as the costumed manager. Since the 2004 release of Phantom of the Opera, Martinez’s favorite musical, he’s dressed up as a character from select films on opening weekend, taking tickets and making his rounds in full regalia from movies like 300, Machete, and even The Love Guru. 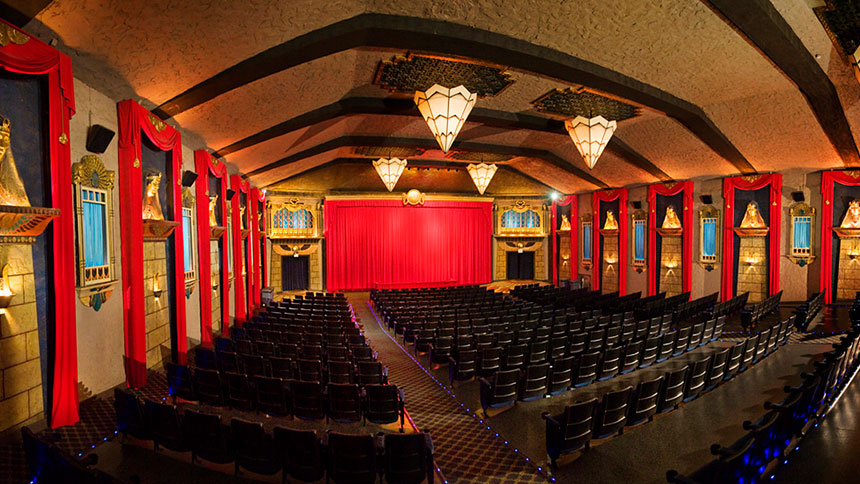 “When they announced that they were going to make [a Phantom of the Opera] movie, I was so excited, and I kept telling everyone, ‘Wouldn’t it be great if the Phantom was at the door, cutting tickets?’ I kind of forgot about it, but I remember walking past [local vintage and costume shop] Ozzie Dots, and on display they had the Phantom costume on a mannequin… The reaction was so overwhelming, people just started writing letters asking when we were going to do it again. It was just supposed to be a one-time thing.”

Those costumes and his outgoing, welcoming personality have given him the nickname “Epic Manager.” But he’s not the one that makes the experience at the Vista special, he says.

“I would love to stroke my ego,” Martinez says, “because people will tell me ‘it’s you.’ But I really think it’s the audience. We have a very special audience, because they’re not just watching the movie – they’re working. They’re just admiring someone else’s work. Everyone here is an artist: a writer, a director, an editor, costumes, or just a movie critic. But they’re all somehow involved in the industry, so I consider our Vista audience the industry.” 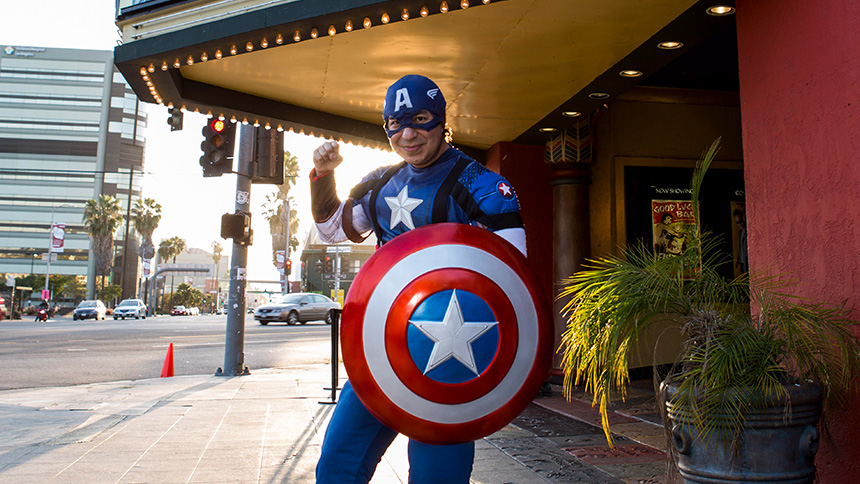 It’s the fusion of that audience and his love of film that’s kept Martinez at the Vista for more than 30 years, as well.

“There are days when I’m tired and I just want to go away and never come back,” he admits. “But then we’ll have a midnight show of something people really love. Recently we had a showing of Cinema Paradiso. And I love that movie, but when I was up there with the projector, the audience had this energy, so excited to see the movie. And it played, and they were all laughing and clapping and cheering with the movie. That’s the reason I do what I do.”

*All photos courtesy of Vintage Cinemas.

Embrace the Outdoors During Winter in the Windy City