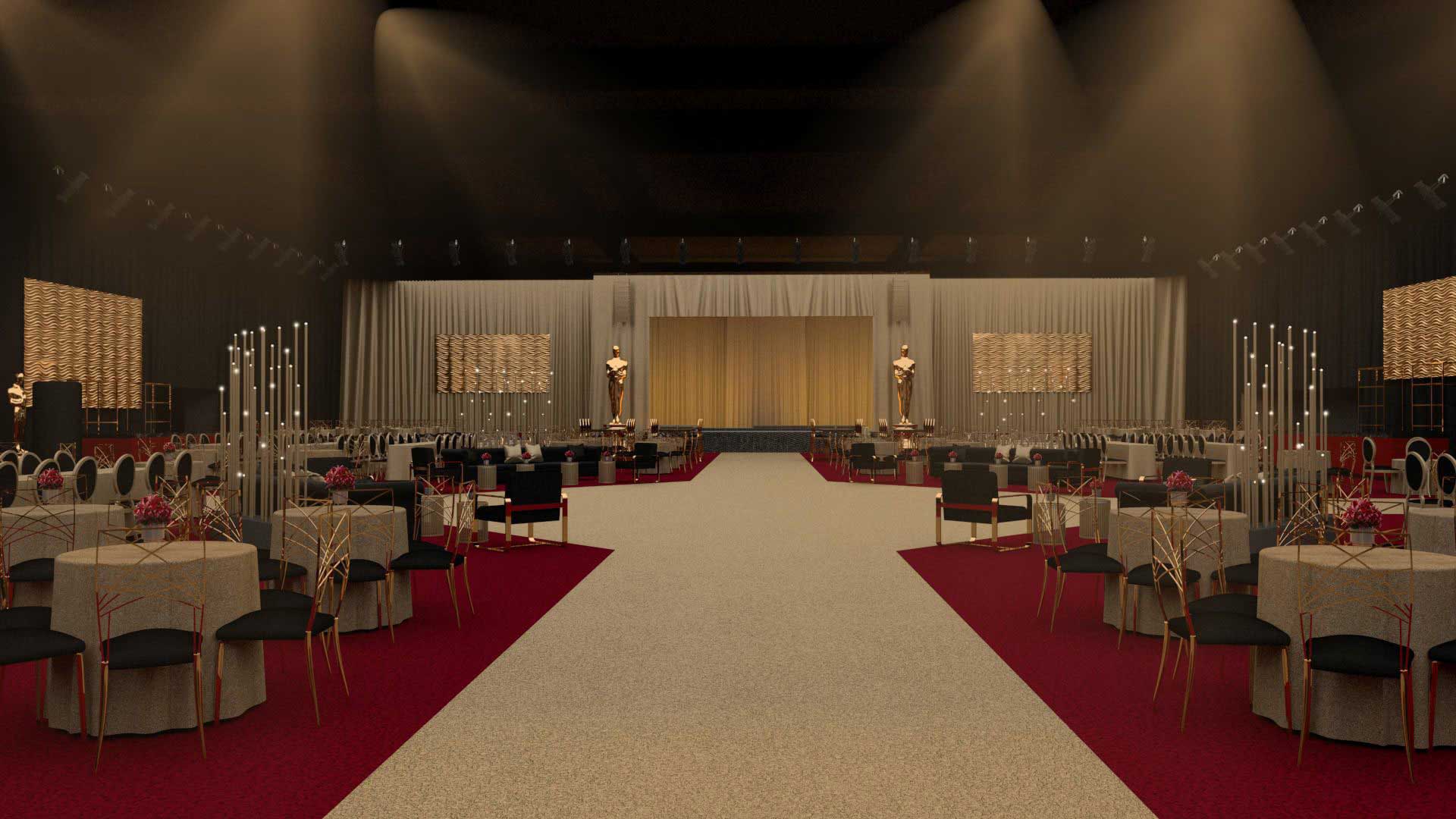 Throwing a cocktail party can be an intense undertaking, even for the most experienced of hosts — from planning the menu to keeping glasses filled and guests happy, there’s no shortage of effort involved.

Now, imagine attempting it all for a whopping 1,500 guests, including plenty of A-list mega-stars and entertainment industry bigwigs. It’s a feat celebrity chef Wolfgang Puck is about to pull off for the 25th year in a row at the post-Oscars Governors Ball, the hottest afterparty in Hollywood.

The chef and his army of staff from Wolfgang Puck Catering will focus on small plates at the soiree, which will take place just upstairs from the Dolby Theatre, the location of Sunday’s 91st Academy Awards. (It just happens to be right across the street from The Hollywood Roosevelt, where the first-ever Oscars ceremony took place in 1929.)

“We have old and new things this year but altogether we’ll make 30,000 plates,” Puck said at a recent preview of the big bash. “We have 300 chefs in the kitchen and 600 waiters in the dining room. We start prepping at 4 am in two different kitchens but we cook everything at the last moment.”

The menu reads like a foodie’s fantasy. A roster of artful passed hors d’oeuvres includes smoked salmon atop edible Oscar statues made of matzo, Miyazaki Wagyu sliders, and no fewer than 3,500 of Puck’s fabled spicy tuna tartare in mini sesame-miso cones. Celebs can also nosh on glammed-up versions of comfort food with small plates like individual black truffle chicken pot pies and cavatappi-and-cheese topped with (even more!) shaved black truffles. 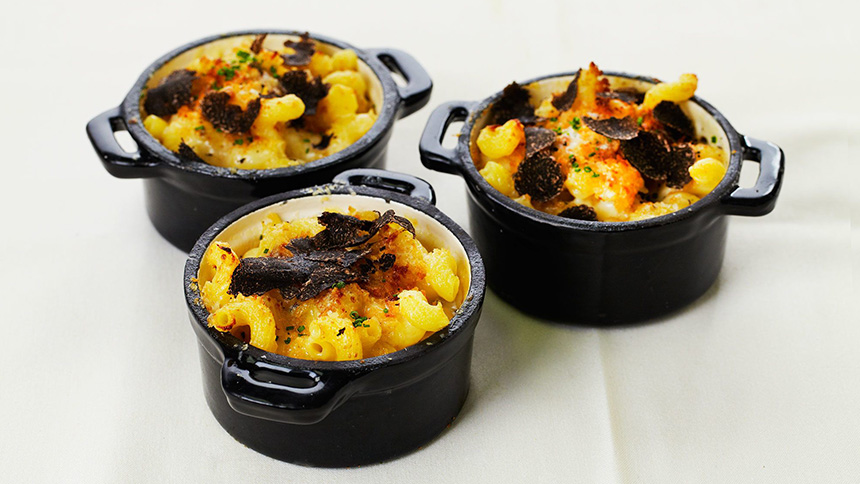 Then there are the stylish food stations dotting the room — a raw bar made from hand-carved ice will boast everything from scallop ceviche to sushi to snow crab claws (800 of them), and as usual, guests can expect an over-the-top dessert spread made up of thousands of confections. Sweet treats include those coveted 24-karat-dusted chocolate Oscar statues, plus a new creation: chocolatey “air bread” topped with a peach-hued passion fruit caviar meant to resemble sea urchin.

With plenty of celebs jumping on the plant-based bandwagon these days, chef Puck and crew are amping up the vegan fare this year, too. “We always make great vegan dishes. We have a sunchoke soup with crispy sunchokes, we have different kind of salads, and great pasta that’s totally vegan but also very delicious,” he explained, referring to his torchio, a short noodle he tosses with arugula, tomato, caper berries, black olive oil, and basil flower.

The vegan set can also expect to chow down on micro taro root tacos with miso-glazed eggplant and smoked soy mushrooms, as well as itty-bitty apple summer rolls layered with cucumbers, shiso leaves, and pomegranate pearls. 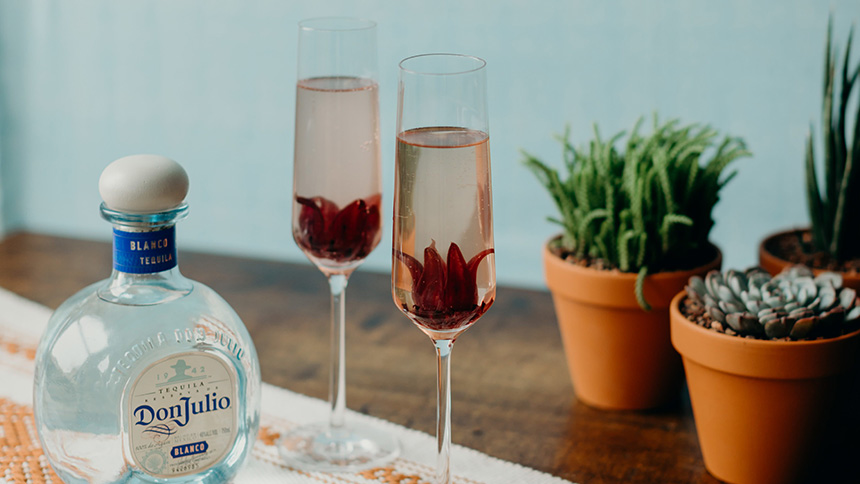 And once the big show is over, attendees can imbibe an adult beverage or two like the elegant Rosella made with Tequila Don Julio Blanco, vermouth, ginger beer, and lavender bitters, garnished with a hibiscus flower and served up in a flute. The bubbly will be from French Champagne house Piper-Heidsieck and poured from magnums bottled especially for the event. Even the wine has a link to Hollywood royalty with special editions of Cabernet and Chardonnay from Francis Ford Coppola Winery. Each bottle’s label is a mini-motion picture that took five years to create — the zoetrope animation gives the illusion that it’s playing when you move the bottle.

Chef Puck may not get starstruck, but he admits he still gets pre-party jitters: “I just get nervous in the kitchen because I want everything to be perfect,” he says.

In case you didn’t score an invite to this year’s Academy Awards, you can still celebrate the show in style at an exclusive Oscar party at the Hollywood Roosevelt’s Public Kitchen & Bar. The venue will be screening the awards ceremony on six screens throughout the restaurant and guests will indulge in a four-course prix fixe menu along with a Moet & Chandon toast. The evening is limited to 100 attendees and priced at $195 per person. Reserve a seat or a table by contacting oscars2019@journalhotels.com.

All photos courtesy of the Oscars®