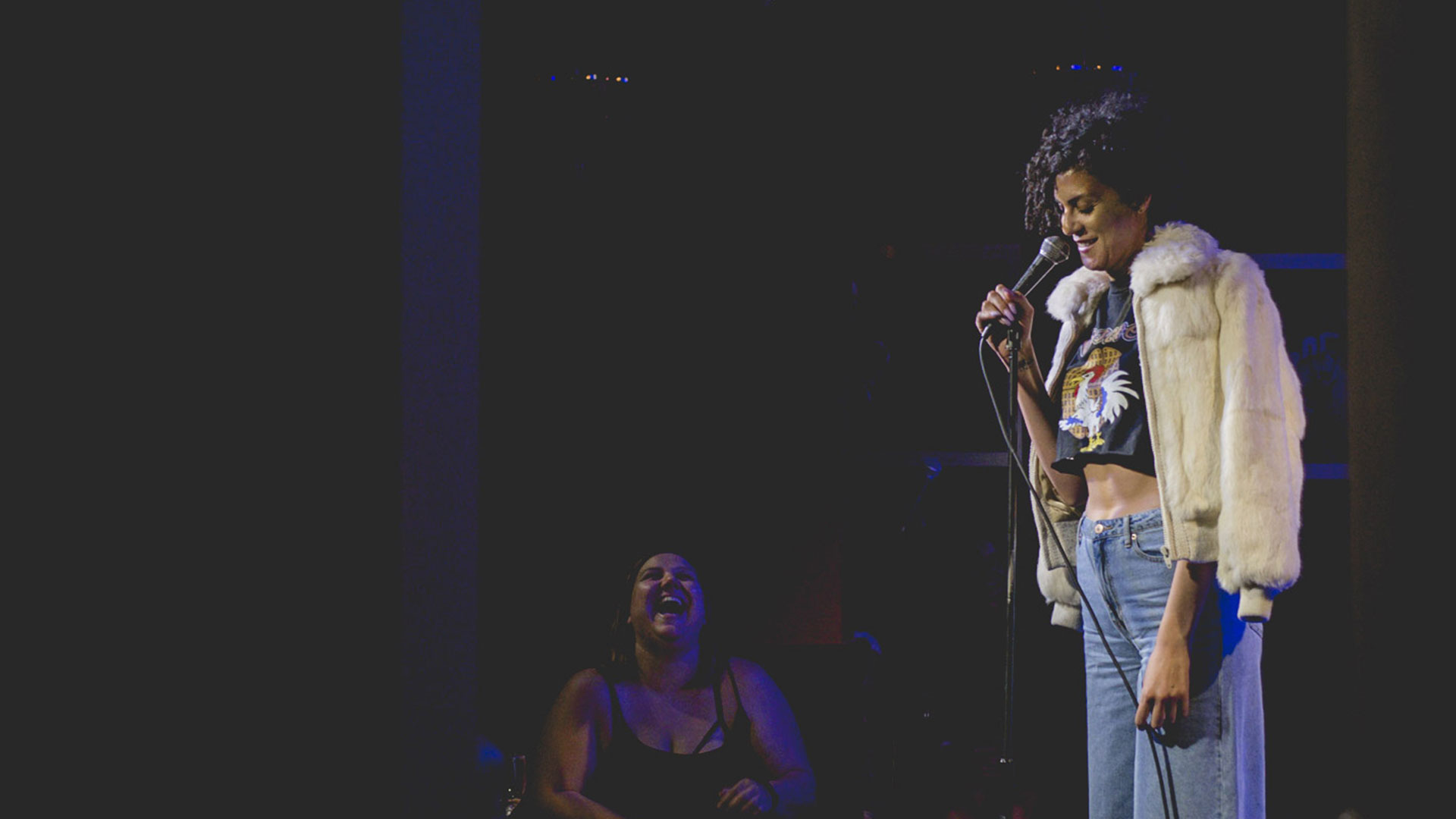 “I’ve literally spent my whole life with people calling me a [expletive],” Marcella Arguello says on her new comedy album, The Woke Bully. “And in the last year, I’m suddenly inspiring.”

The recognition is deserved. Every Wednesday night at The Lab at the Hollywood Improv, Arguello performs and curates the lineup for Women Crush Wednesdays, one of L.A.’s original all-female standup showcases. Started as an open mic event at the Comedy Store, Women Crush Wednesdays has survived two moves and Arguello’s growing career (the aforementioned album debuted at number three on Billboard’s Comedy Albums chart in February) to become a trendsetter in a time when women’s voices are becoming more and more important to the standup world — even if there’s still room to improve.

“Standup has changed over the last few years, but there will always be difficulty in an industry that women are in, in this day and age,” Arguello tells me. “Even as we get more progressive, there’s going to be more [issues] to deal with.”

Like in music, standup comedy has thrown up barriers to women in the past. Slotting more than one woman into a club’s nightly lineup has been considered taboo by many talent buyers, setting up cutthroat competition for bookings. Women whose jokes come from their experiences as women often get shunned, sometimes in favor of women whose material leans toward “one of the guys.” 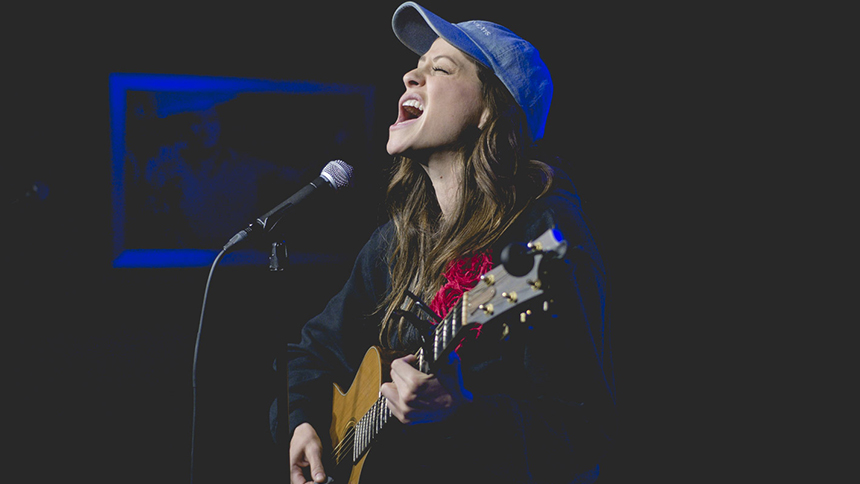 Women Crush Wednesdays faced those attitudes when it started in the Belly Room at the Comedy Store, but continued to base itself around one central idea: Sometimes, comedy is better when it’s all women.

“Women Crush Wednesdays was started to keep the boys away, because sometimes it’s less fun when there are boys around, in my opinion,” Arguello says. “And as a woman, I find women to be funnier. So, it was like, ‘what would this look like if there were no boys allowed?’”

After its run at the Comedy Store (and some time off), it found its way to NerdMelt Showroom, the still-missed alternative comedy store in the back of Meltdown Comics. The show, now being booked by Arguello rather than an open-mix night, took over the timeslot formerly occupied by The Meltdown (hosted by Jonah Ray and Silicon Valley star Kumail Nanjiami). The reaction to Women Crush Wednesdays was overwhelming from the beginning, with a consistent crowd sometimes swelling to at-capacity. 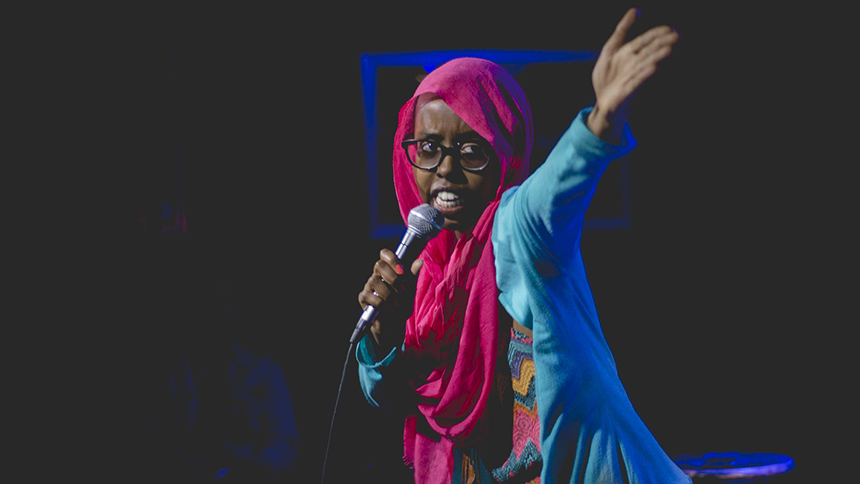 Months later, though, another move: NerdMelt was shutting down.

“I had seven offers when the announcement came that NerdMelt was closing,” she said. “People really wanted this show. In the last couple of years women have been given this overdue voice, and all of a sudden, women have [cared] about what women have to say.”

Of those offers, Arguello chose The Lab at the Hollywood Improv, just down the road from the Hollywood Roosevelt. Set in a smaller room, it feels full even when it isn’t. And the show has continued to thrive in its new home: On a recent Wednesday night, comics included out-of-towners, locals launching streaming service specials, and Arguello’s touring opening act, each seeing the world through different lenses.

“I look for people who have unique perspectives, which is such a corny thing to say and doesn’t mean anything,” she says, “but we all touch on the same subject matter. It’s a matter of how you make it yours. If you can really personalize it, and no one else can share that story. That’s what I look for.” 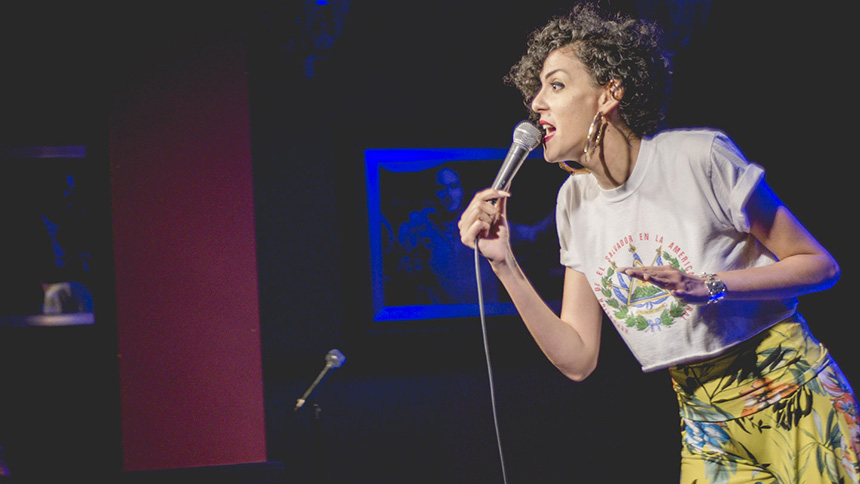 Now, there are a few more spaces for women to share their comedic voices. Some clubs have tried copying the Women Crush Wednesdays ethos, going as far as to book the exact same comics (even the same lineups). There’s “The Tonight Show with Jimmy Fallopian Tubes” at Upright Citizens Brigade, a riff on late night television’s distinct lack of strong female voices. There’s even a feminist comedy school, The Ruby L.A., which is not all-female but is founded “on the principles of intersectional feminism,” it says.

And that leads back to Arguello and her “inspiring” turn.

“It’s been interesting, because my voice — who I am, how I am, how I speak, what I talk about — is important to people now,” she says. “And I never thought that would be reality. So, it’s been cool for me. It means we’re progressing.”

All photos courtesy of Kelly Dwyer.