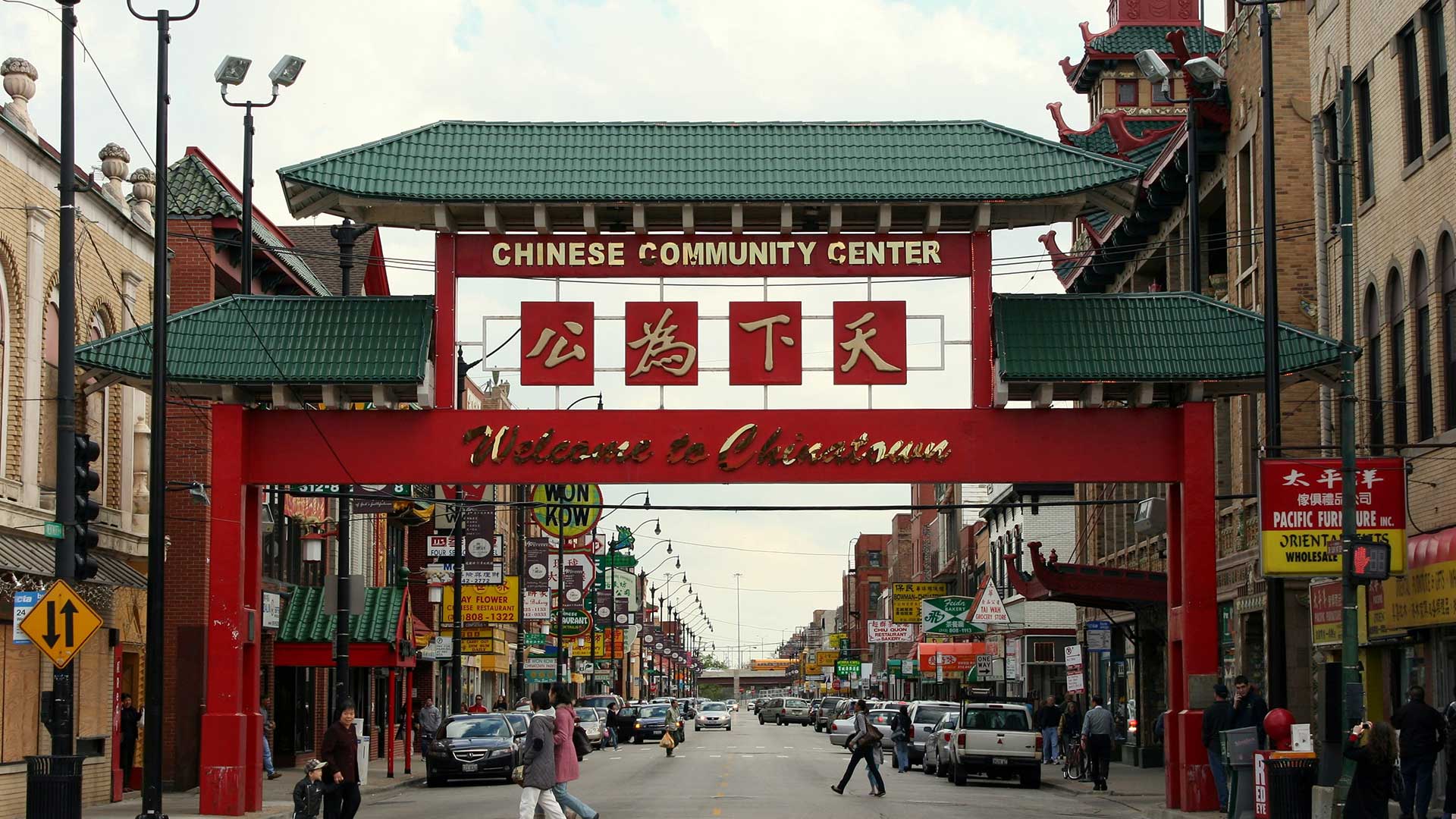 To get a taste of the Far East in the Windy City, all you need to do is head due south. Only a 20-minute drive from Ambassador Chicago, visitors will find one of the largest Chinatowns in the United States, filled with sights, sounds, smells, and endless places to satisfy sweet and savory cravings. And Chinese New Year isn’t the only popular time to head to this South Side enclave — on Saturday, June 22nd, the neighborhood’s ever-present energy will be in full force thanks to the annual Chicago Dragon Boat Race for Literacy.

Held at Ping Tom Memorial Park, the event features a menagerie of colorful dragon boats that compete to raise money for local schools by racing along this southern stretch of the Chicago River.  Each boat is beautifully decorated and holds up to 20 crew members, including a drummer who sets an entrancing beat for the crew to row to. 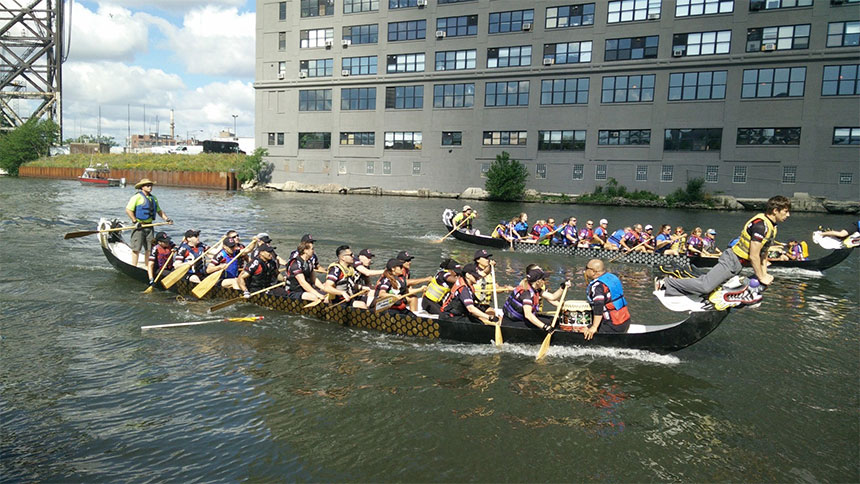 Between the music and the vibrant visuals (and the post-race entertainment that follows), the spectacle is a great time to experience the beloved neighborhood and its beautiful park, which is a sight to see even on non-race days. Peppered with paths, fields, willow trees, and a boathouse where you can rent kayaks in the summer, Ping Tom Memorial Park is also a seasonal stop for the Chicago Water Taxi, easily accessible from The Loop or the Chicago Riverwalk (and certainly the most scenic way to get to the area).

Once you’ve enjoyed the park and the city views it boasts, head to the heart of the area, the ornamental Chinatown Gate. Only a five-minute walk from the park, you’ll be able to continue exploring the spirited neighborhood through its array of eateries. Here are a handful of our favorite places to indulge and truly experience this corner of the city. 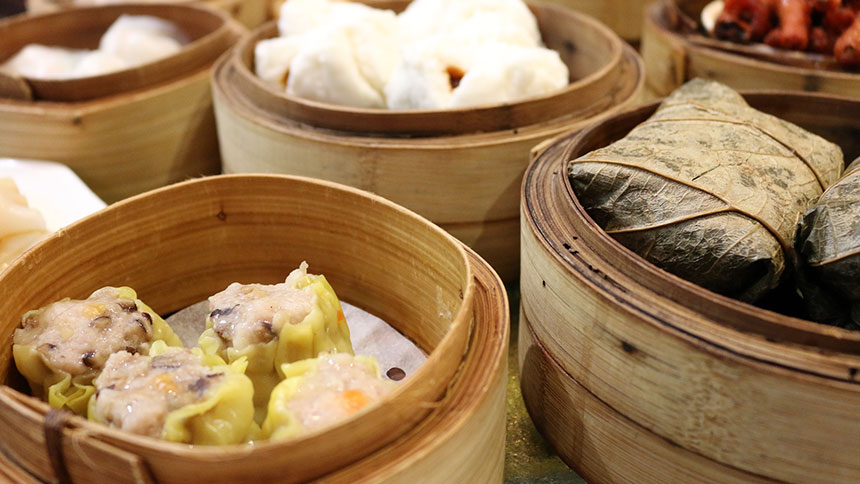 For a time-honored take on dim sum, head to Phoenix, where baskets of delicious bites (Steamed! Fried! Sweet! Savory!) are paraded around on push carts and yours for the taking. This classic spot does what it does well, especially when it comes to the sesame balls or the shrimp and chive potstickers. The dumplings are hard to resist as they pass you by, but you can also order larger dishes à la carte, such as heaping plates of noodles and fried rice. The Peking duck is an experience in its own right, carved and served tableside. 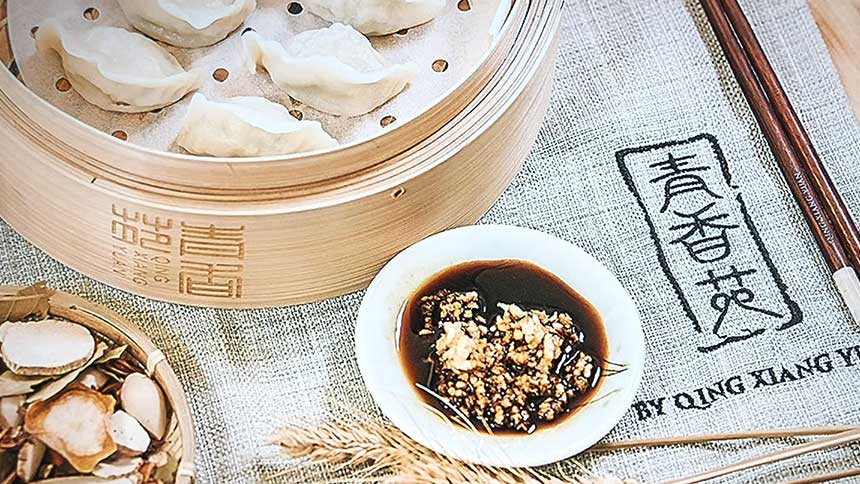 Get your fill of dumplings at Qing Xiang Yuan Dumplings — also known as QXY — where you can not only order and indulge in their creations, but you can also learn how to make them. Knead, roll, fill, and fold a dozen dumplings during their one-hour class, where you’ll steam your creations and either enjoy them there or wrap them up to go. The restaurant is BYOB and signing up for the class is required, but the lesson is free.

If the class is full when you plan to head down there, it’s still worth a visit thanks to their soup dumplings (xiao long bao) — they’re a solid consolation prize, considering they’re some of the best in the city. 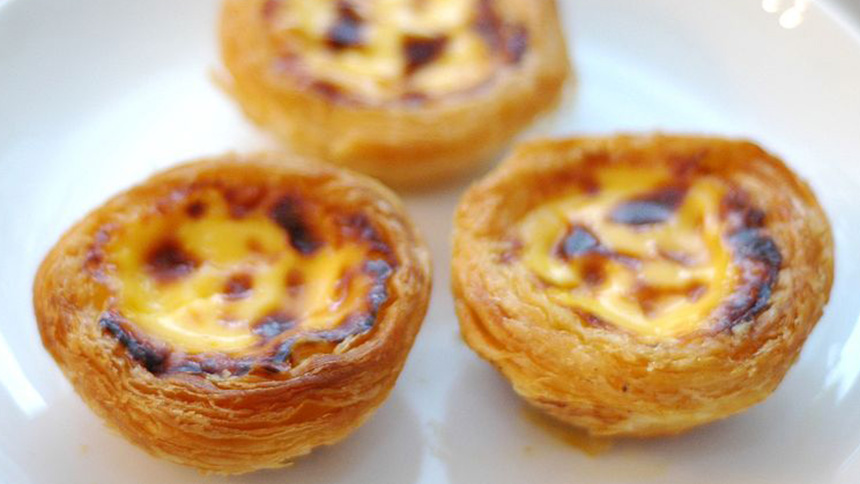 If you’ve saved room for dessert, dive into the delicacies at Chiu Quon Bakery, which has been a fixture in Chinatown for more than 30 years. Their tenure in town is well-deserved and showcased through their Portuguese-style milk egg tarts, coconut cream pastries, and array of cookies. Admittedly, there are also plenty of savory items we love here, such as the barbecue pork buns (char siu bao), which are very portable and can easily be enjoyed as a late-night snack back in your room at Ambassador Chicago.

For a sweet sip (and a colorful Instagram moment), bubble tea aficionados flock to Joy Yee’s Noodle Shop. There are more than 50 different colorful confections on the menu, from the Lychee Peach Popping Boba to a Durian Freeze with Red Bean Topping. Picking only one is the hardest part, as a walk-up window makes it an easy grab-and-go treat.

The Restoration of David Hockney’s Underwater Work of Art