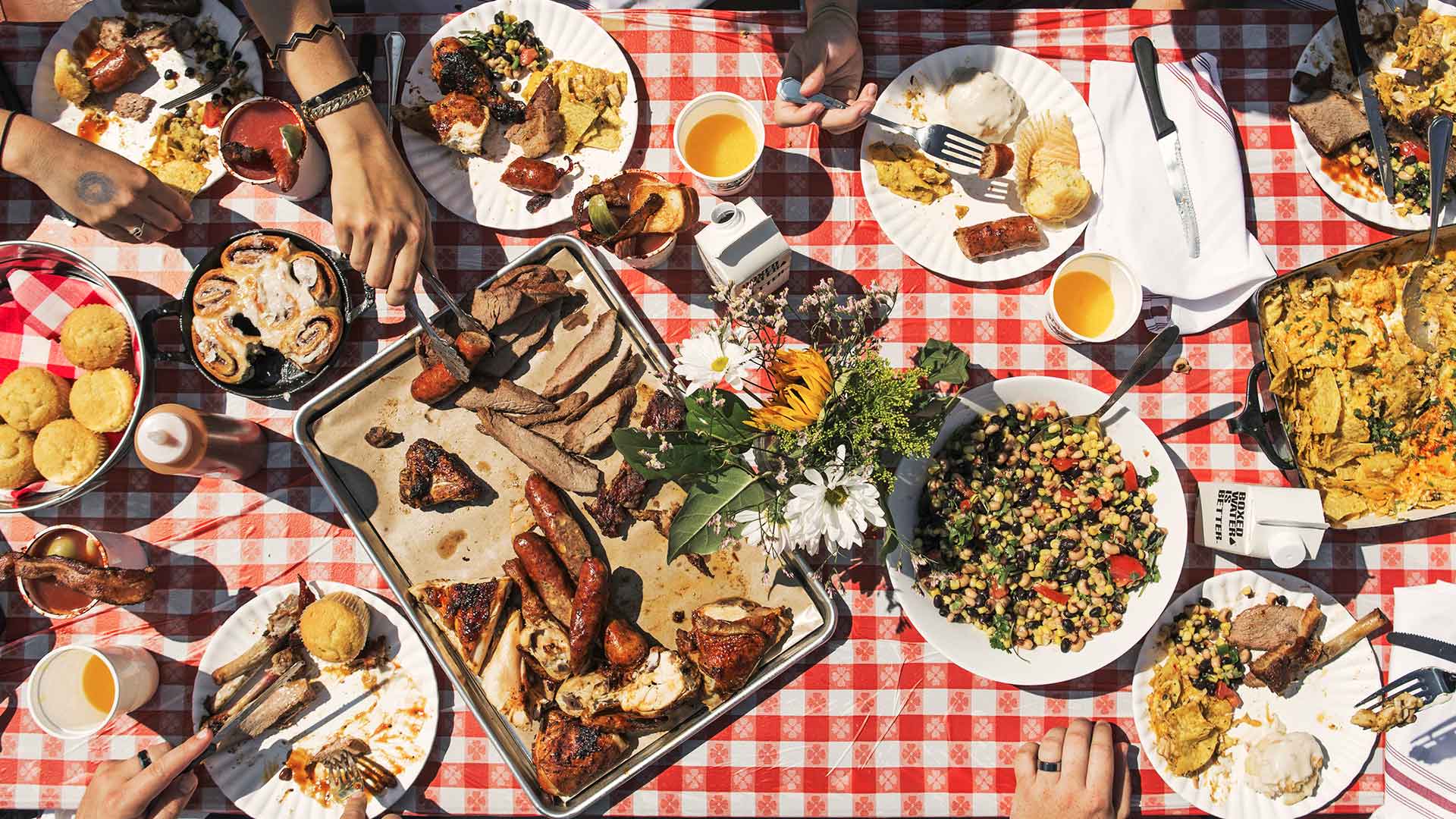 As a city that takes pride in its signature hot dogs (hold the ketchup), Italian beef, and sizeable steaks, Chicago is unquestionably a mecca for meat lovers. So it’s no surprise that the Windy City loves its barbecue, too, and offers plenty of opportunities to celebrate the glory of the grill — especially during the summer.

It’s one of the best times to explore the BBQ scene, because in addition to notable spots and neighborhood standbys that operate year-round, you can also hit a number of barbecue-devoted street fests. Dive in at one of these go-to destinations — it’s worth the mess. 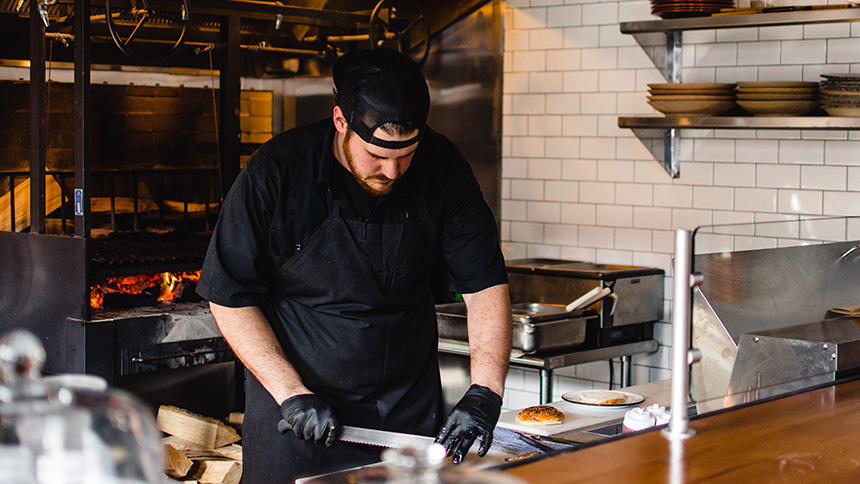 One of the newest spots on the smoke-loving scene is Flat & Point, a self-described “barbecue-inspired” and “chef-focused” restaurant that puts a fine-dining spin on grilled meat. Following stints at Michelin-starred restaurants in Chicago, chef Brian Brun debuted this approachable Logan Square hot spot in March after he and his wife spent a few summers selling his savory dishes from a small stand on the lakefront path.

Paying homage to Texas-style barbecue, the restaurant centers around a custom-designed 15-foot barrel smoker, which is the magic behind dishes such as Wagyu brisket and “Burnt Ends Truffle Mac ‘n Cheese.” It’s easy for meat-lovers to go whole hog here (literally), but there are also excellent vegetarian options that should not be missed, such as the “Smoked Lentil Croquettes” and “House-Smoked Farmer’s Cheese.” 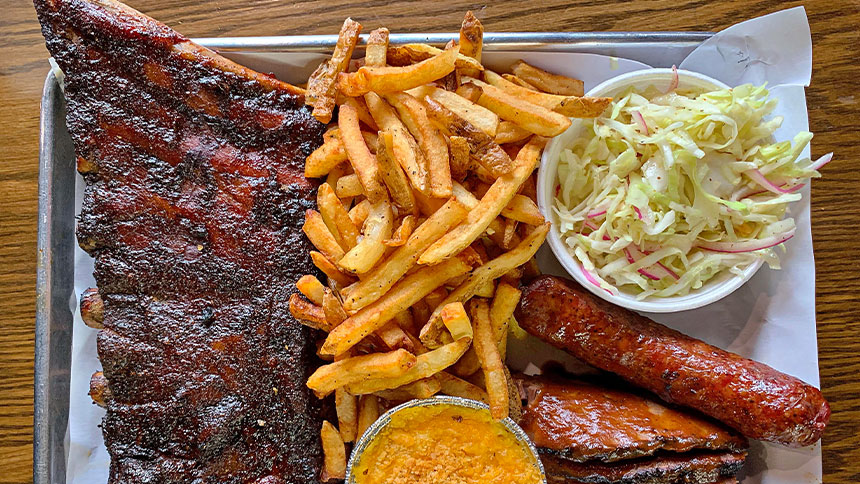 Consistently Michelin-recognized for almost a decade, Smoque has figured out the proverbial secret sauce to perfecting barbecue in Old Irving Park (a 20-minute drive from Ambassador Chicago). This no-frills neighborhood spot, complete with a chalkboard menu of traditional items cooked low and slow, offers counter service, communal seating, a patio (when the weather allows), and a laid-back vibe to enjoy tender, juicy dishes including brisket, pulled pork, chicken, and ribs.

Although doors open at 11am Tuesdays through Sundays, crowds start gathering earlier in the day, knowing that the food is well worth the wait. When you’re ordering, pick up a bottle of the Memphis-style BBQ sauce for a take-home souvenir, and say yes to dessert, as the “Pecan Bread Pudding with Salted Caramel Bourbon Sauce” is hard to forget. 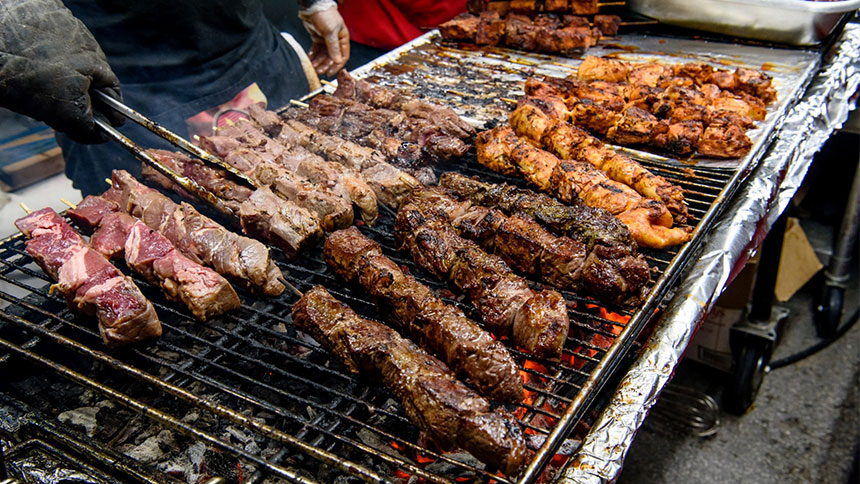 Enjoy sizzling grills, flowing drinks, and blasting music at neighborhood street parties such as Windy City Ribfest Uptown (July 4th-6th). The festival is a long-standing local tradition and great opportunity to get your hands dirty at a variety of food vendors while you jam out to a bevy of bands that take the stage. And since every single day of summer counts, the late season Chicago Bourbon & Barbecue Festival (September 14th-15th) in Roscoe Village should not be missed, pairing smoky dishes with barrel-aged delights and a little soul music. 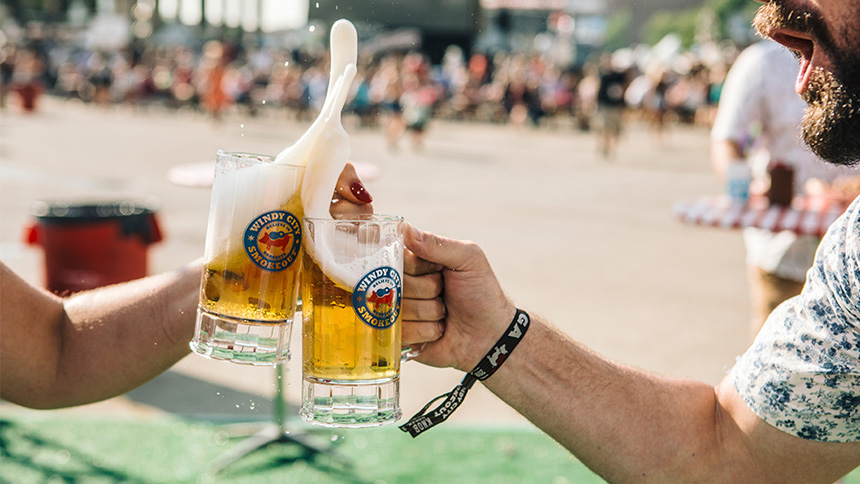 For a much larger affair, set your sights on Windy City Smokeout, an epic pitmaster party that welcomes about 40,000 people every year. During the festival, some of the country’s most celebrated barbecue is doled out alongside some of the best brewers for three days (July 12th-14th).

In addition, the occasion also features special events such as at Friday’s Biggest Happy Hour of the Summer and at Sunday’s BBQ Brunch + DIY Bloody Mary & Mimosa Bar. While this year’s festivities will be held in a new location (they’re setting up camp adjacent to the United Center), the dedication to mouthwatering BBQ, ice-cold craft beer, and live country music remains strong. Tickets start at $40 per day and should be purchased in advance (some events require an additional fee).

The Best Rooftops in NYC For Soaking Up the Summer Sun