An Insider’s Guide to Lollapalooza 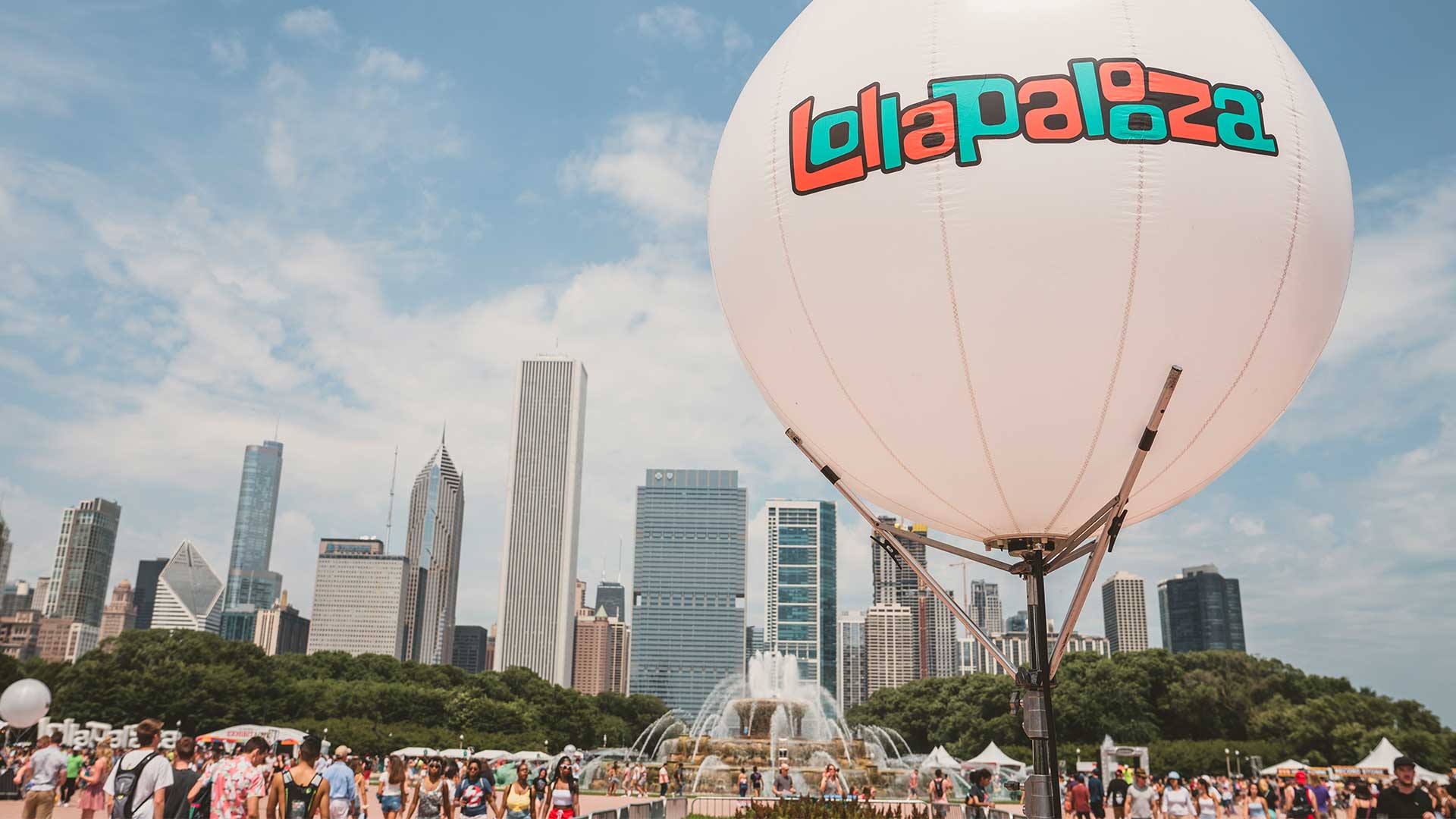 There’s no shortage of music festivals in Chicago, but there’s one that unquestionably reigns supreme: Lollapalooza. Since 2005, Grant Park has transformed for a long weekend in early August into the multi-day, headliner-packed concert of the year in the Windy City.

This time around, it all goes down August 1-4, 2019, and artists include The Strokes, Childish Gambino, and Ariana Grande. Whether you’re making the trip to attend the festival or just happen to be in town for the weekend, here’s a guide to catching the best after-shows, finding the tastiest food, and making the most of your 2019 Lolla experience. 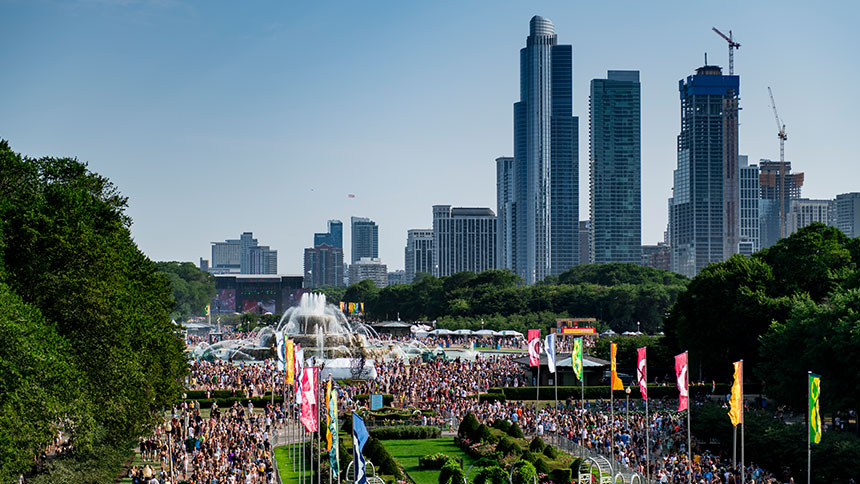 Score last-minute tickets (if you haven’t already). Festival passes go quickly when they’re released in the spring, but if tickets for the day you’d like to attend are gone, you aren’t stuck missing out on the acts. Head to a ticket resale site like StubHub the week before the festival—this is when people who bought their passes months ago and aren’t able to make it anymore scramble to offload their tickets (meaning prices come down, particularly on the day of the festival). Contests are another way to snag last-minute tickets—nearly every radio station in town will have some to give away, so enter as many as you can.

Get downtown efficiently. You’re going to want to take the “L” train, because it’ll drop you off close to the festival without having to fight through traffic and street closures in an Uber or Lyft. From Ambassador Chicago, hop on the red line at Clark and Division, just a 7-minute walk from the hotel, and take it to the Jackson stop. 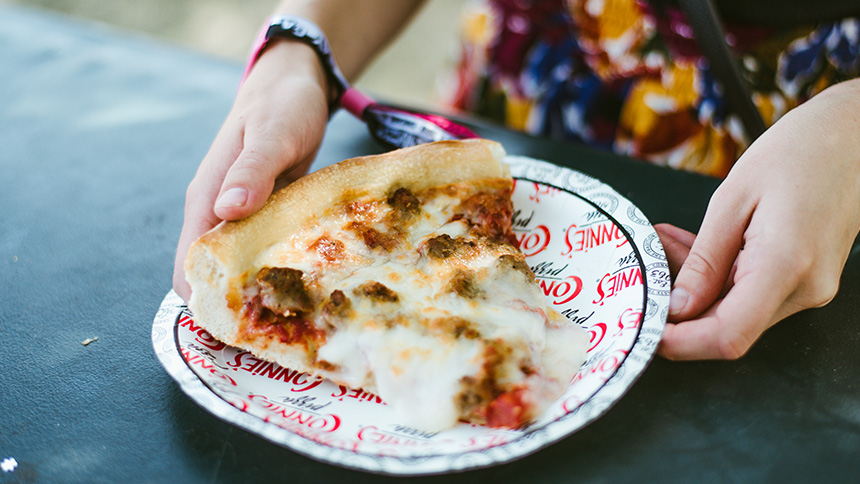 Grab a bite. Once you’re inside the festival, you can find great local food at Lollapalooza’s signature Chow Town, featuring indulgent favorites and culinary creations from Lou Malnati’s, Connie’s Pizza, Shake Shack, Billy Goat Tavern and more. Or, fill up beforehand in the neighborhood around Grant Park, which offers tasty options including The Gage (an Irish-themed restaurant that locals love), Forum 55 (a food hall with everything from sushi to tacos), and Cafecito (a counter-service Cuban sandwich and coffee shop). To quell your hunger afterwards, nothing beats Devil Dawgs at 767 South State, open until 3am.

Stay cool at the festival. There are some tricks to staying comfortable throughout a long Lolla day. Weather in August in Chicago can be steamy, so slather on sunscreen and bring your own empty water bottle to fill up at water stations throughout Grant Park, and make sure to relax in the shade whenever you can for a break from the sun (there’s a lovely spot near the north entrance). 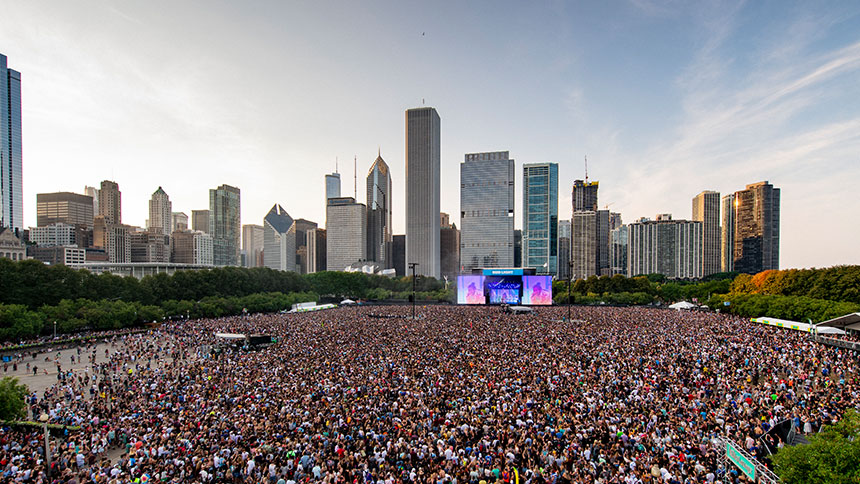 Capture the memories. Don’t forget to take advantage of the made-for-Instagram photo ops throughout Grant Park during the festival. Choose from the balloons that spell out Lollapalooza, Buckingham Fountain, and the one-of-a-kind Chicago skyline. (After all, there’s no better backdrop for a stage picture.)

Catch the best aftershows. Lollapalooza is a unique event compared to other festivals thanks to the aftershows, where many bands perform extra late sets at bars around town. So even if you don’t go to the actual festival, you can still catch a favorite act at a much smaller venue. This year, aftershows include Death Cab for Cutie, Sharon Van Etten, and Idles, among others (see the whole lineup here).