Say Hello to the New Riverwalk 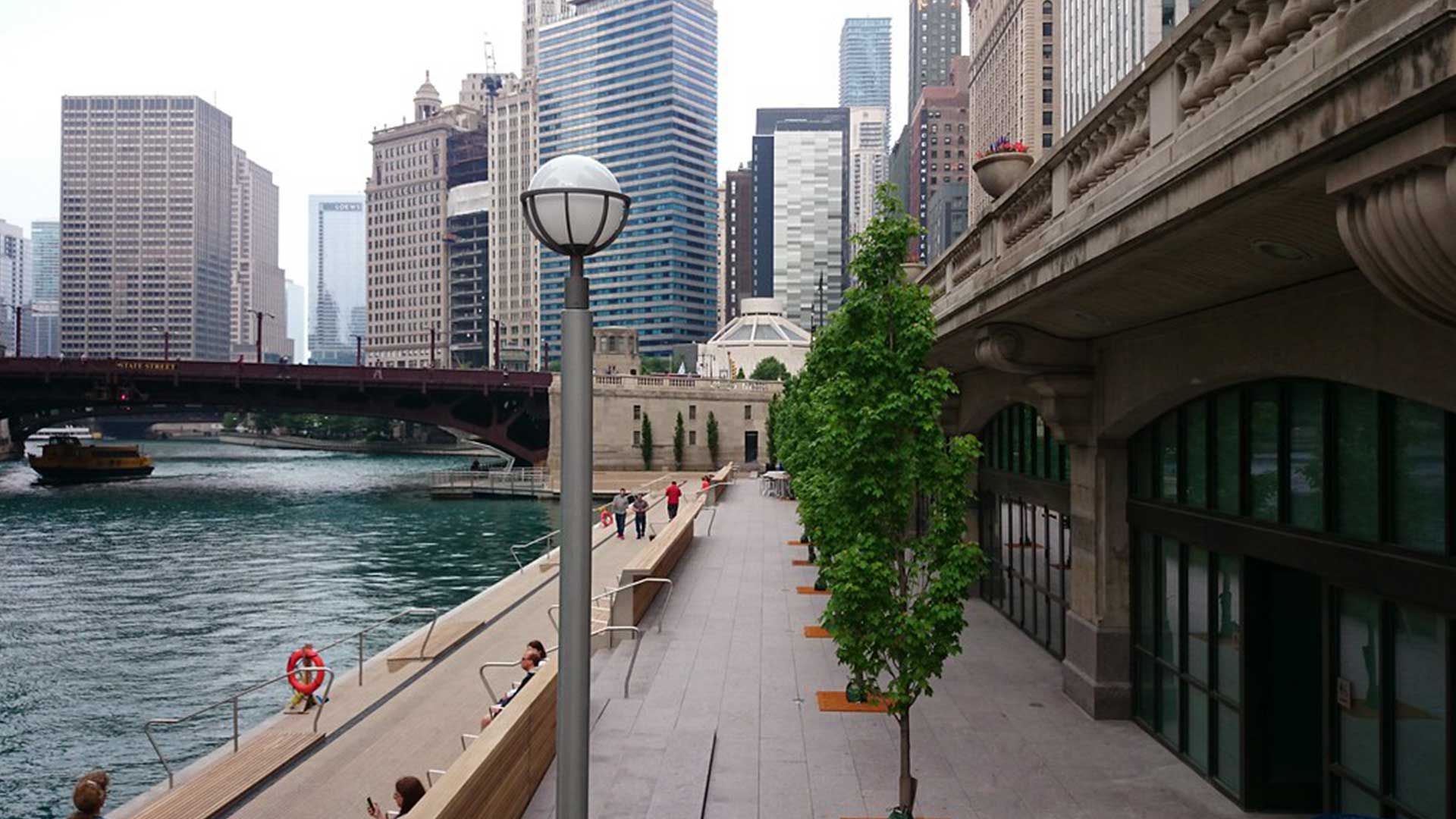 It’s almost impossible to walk around downtown Chicago without stumbling upon the Chicago River. And while it’s a stunning sight from the many bridges crossing over it, don’t stop with the views from above. One of the best ways to explore the Chicago River is to stroll along the Riverwalk, a pedestrian walkway below street level that snakes along the south side of the river through downtown.

The city has invested more than $100 million into making the Riverwalk a must-visit destination for tourists and locals alike — and it keeps getting better every year. To get there, make your way from Ambassador Chicago to Upper Wacker Street (just under two miles away) and look for stairs heading down to the Riverwalk at Michigan, State, and Clark. Once you’re there, here are the best ways to enjoy it.

Grab a bite at a new dining destination. 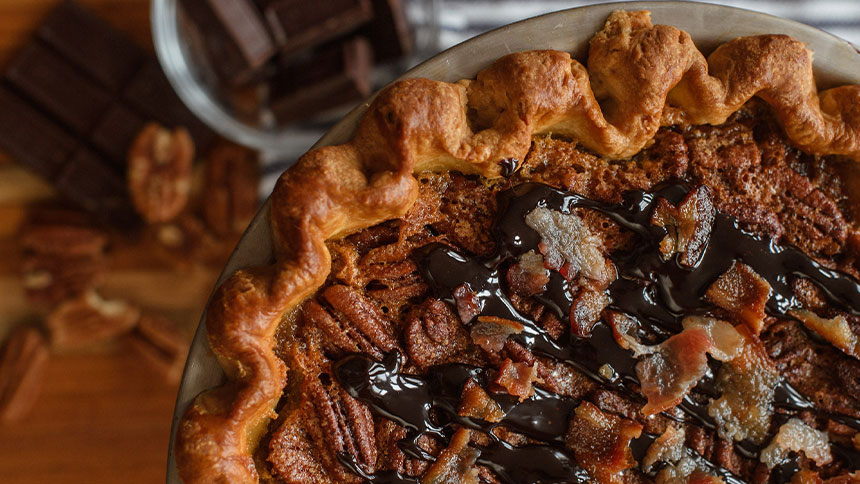 Photo: Justice of the Pies

The food options at the Riverwalk have always been good, but this year, they’re even better. New options include Chiya Chai, Pizzeria Portofino, Batter and Berries (a Lincoln Park breakfast spot that’s a local favorite), The Northman (a cider bar and restaurant also found in Lincoln Square), Gordo’s Homemade Ice Cream, Justice of the Pies (which, truth be told, is worth a visit based on its name alone), and more. In other words, come hungry.

For live music paired with outdoor entertainment, head to Island Party Hut. On the east end of the Riverwalk, this tiki hut has bands playing Thursday through Sunday. While you’re there, play one of their many games like bocce ball, jumbo Jenga, and bags, and sip on a tropical cocktail.

See the latest outdoor exhibit at Art on the MART. 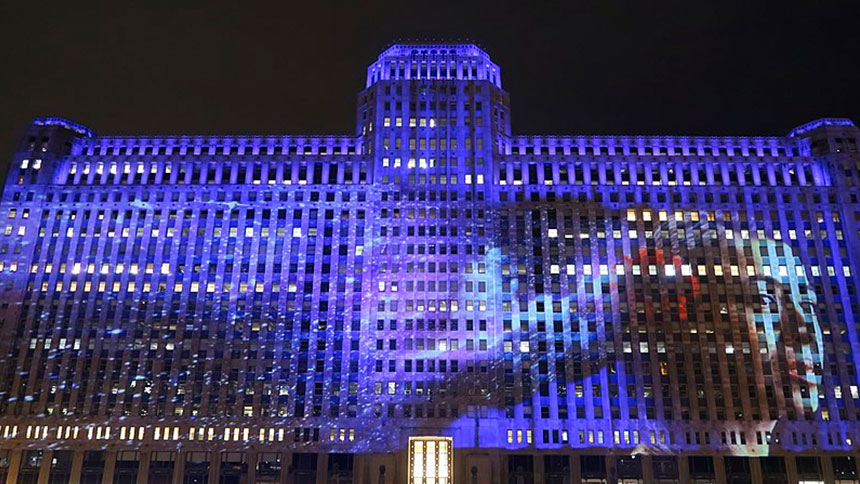 Wait until 30 minutes or so after the sun goes down, walk over to the west side of the Riverwalk, and check out the exterior of the Merchandise Mart (the huge building home to many décor showrooms on the north bank of the river). Through September 29, different art exhibits will be broadcasted onto the side of the building each night.

The Food Bowl Night Market is a three-day festival happening on the Riverwalk from Friday, August 23rd to Sunday, August 25th. During the festival, you’ll find special food vendors and pop-ups (and DJs to dial up the celebration).

Each month, different local stores and vendors set up in the Shop Small Chicago riverfront store. But while specific sellers change, no matter what, you’ll likely find a mix of accessories (like jewelry from Logan Square’s Mojo Owl), clothing, and other great finds like small-batch soaps and handmade note cards.

Fish at The Jetty.

On Thursdays, Fridays, and Saturdays through August 17th, head to the Jetty between Franklin and Wells to see if you can snag the freshest catch. The Chicago Park District will have equipment and staff to help you get lucky, so no need to BYO-fishing pole.

Get out on the water in a kayak.

Urban Kayaks has a rental spot on the Riverwalk, making it easier than ever to paddle along the river. They also offer guided tours, including a sunset tour and architecture tour.

7 Boutique Wellness Experiences in NYC for Your Mind, Body, & Soul