The Hidden History of Los Angeles with Robert Petersen 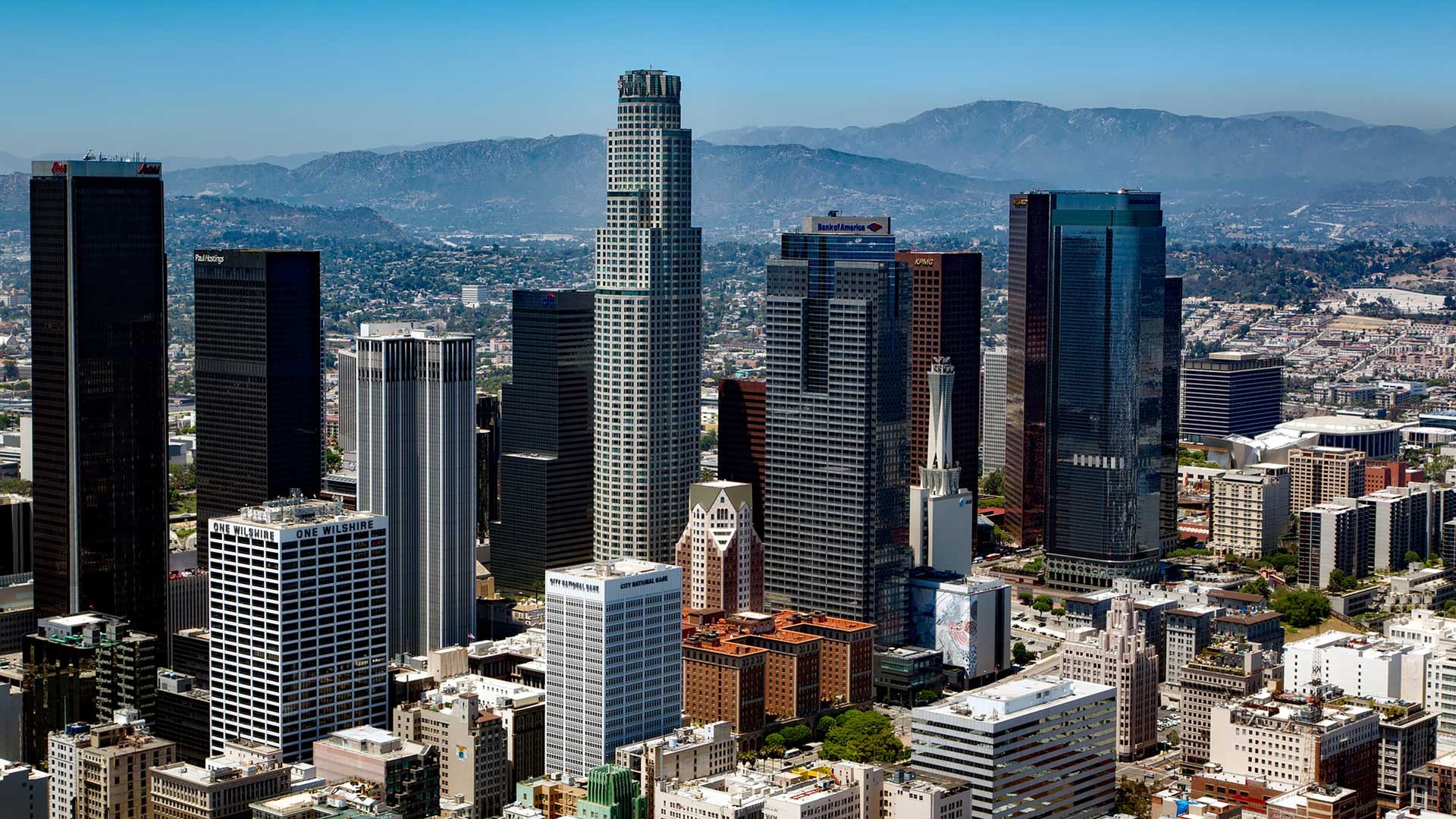 On screen, LA may look all shiny and new (and filled with beautiful, yoga-practicing people sipping green juice). But the city is also filled with rich history just about everywhere you look, from iconic old theaters to architectural masterpieces to centuries-old Spanish missions. And if you’re willing to go a little off the beaten path, there’s also plenty of surprising, oddball, and only-in-LA history that’s worth exploring as well.

We talked to Robert Petersen, host of the podcast Hidden History of Los Angeles, to find out some of his top story-filled destinations. Pay these spots a visit during your stay at The Hollywood Roosevelt. 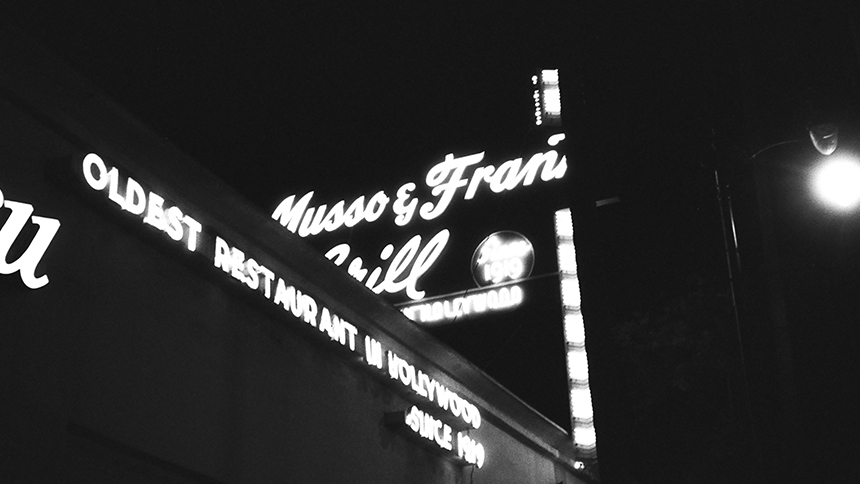 With its red leather booths, jacket-clad waiters and wood paneling, Hollywood’s oldest restaurant (in operation since 1919) looked so perfect for the part of “classic LA haunt” that Quentin Tarantino featured it in his latest flick, Once Upon a Time in Hollywood. While lots of celebs have come through its doors over the years, there’s one whose story is especially memorable, says Petersen.

“Charlie Chaplin and his friend, the legend goes, would race each other on horseback down Hollywood Boulevard to eat at Musso & Frank, and the loser would pick up the tab.” If you show up for a steak and a martini, you can ask to sit in the same booth where Chaplin always sat — the one near a window so he could keep an eye on his horse out front while he dined. “When you can sit in the same place or stand in the same place where something in history happened, it offers you a bit of a different connection,” says Petersen, “a little physicality when usually you’re just reading about it in a book.” 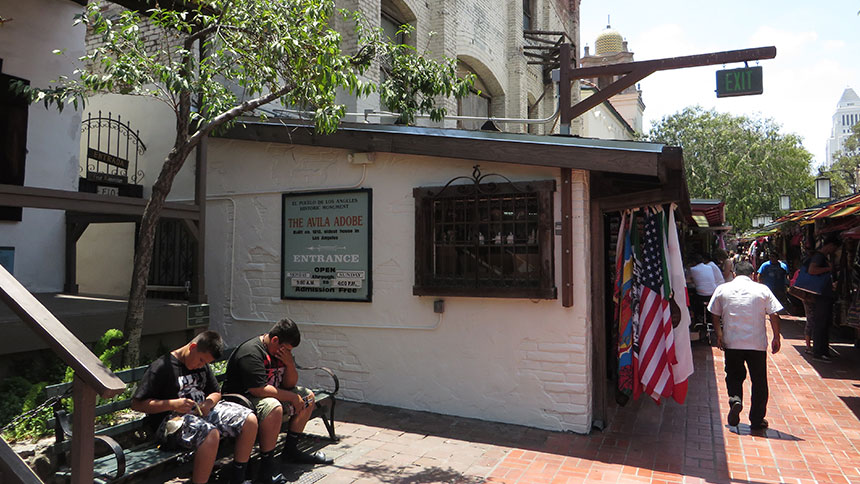 While Downtown’s Olivera Street is best known for its vibrant Mexican marketplace where vendors hawk everything from pottery to ponchos to Mexican folk art, it’s the extensive history of the district, founded by Spanish settlers and often called the birthplace of LA, that’s an even bigger draw. “As we know it now, it’s the historic center of downtown. There’s the original church in LA and some of the original buildings including the Avila Adobe,” says Petersen, who adds that while there’s debate about which of the region’s still-standing buildings was actually built first, this adobe is generally recognized as the oldest structure within Los Angeles city limits.

And see the grape vines covering the arbor out front? “We just recently found out the grapes … are descendants of grapes that [were] used at the San Gabriel Mission by the original Spanish missionaries to make wine,” he says. A few years back, city archivist Michael Holland even used them to craft a little vino, making news along the way. And this year, Angeleno Wine Company launched in Downtown LA, becoming the first winery to open in the city in decades (and joining the century-old San Antonio Winery nearby). “LA used to be a huge wine producer. A lot of people don’t know that. It was actually the biggest wine producer in California 100 years ago, so now there’s a little bit of a resurgence. People are starting to rekindle that history.” 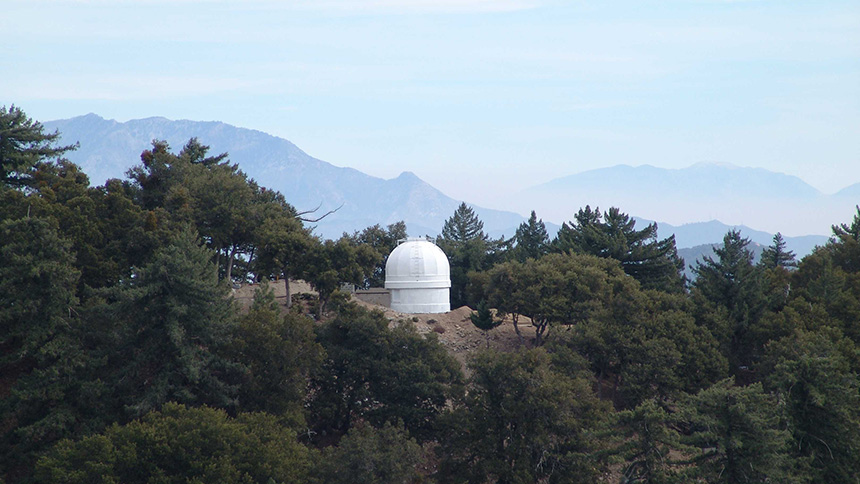 Photo: U.S. Department of Agriculture via Flickr / CC BY

This Observatory, situated at an altitude of 5,715 feet on the summit of Mount Wilson above Pasadena, still houses the 60-inch and 100-inch telescopes that were constructed — and made history — here during the first half of the 20th century. “There was a time when the biggest telescopes in the world were located here,” says Petersen. And those telescopes had a pretty major impact on the world of astronomy. “Before that, we thought that the Milky Way was kind of the extent of the cosmos, but the 60-inch telescope was associated with how we were finally able to figure out that the Milky Way galaxy was one of just many galaxies,” he explains.

It was the 100-inch telescope, along with pioneering astronomer Edwin Hubble, that led to another major revelation: that the universe was expanding, a finding that became the beginnings of the Big Bang Theory. And when Albert Einstein visited the Observatory and met with Hubble in the early 1930s, he used the new information to revamp a little project he was working on called the theory of relativity. “Edwin Hubble had the distinction of being the man who proved Einstein wrong and very few people could say that. You can come here and walk where Hubble looked into the nighttime sky,” Petersen shares. “It’s a very unique experience.” The observatory is open for self-guided tours during the week and docent-led tours on the weekends, which include access to the area directly below the 100-inch telescope and entrance into the 60-inch dome. 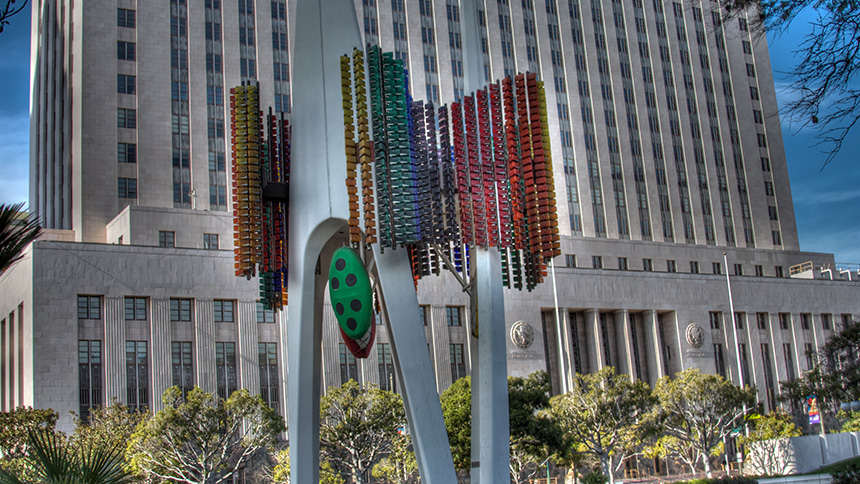 This six-story, 60-ton piece of public art created by artist Joseph Young sounded like a cool idea when it was conceived back in the 1970s. Its nearly 1,500 colorful Venetian glass prisms were designed to glow in sync with music from a 799-note bell carillon, making it the largest musical instrument of its kind in the world. But things didn’t go quite as planned. “Joseph Young thought this was going to be the most amazing thing, the Rosetta Stone of art and technology and it would become the world’s first ‘polyphonoptic tower.’ I love that word,” Petersen laughs. “But the technology wasn’t there. It basically sat there.”

Despite the failure (and lots of public mockery and criticism), it’s remained relatively intact and on display in the shadow of City Hall ever since, just with its lights out, control room locked, and instrument removed. It was given a new lease on life last year when a group of Angelenos, made up mainly of artists and musicians, banded together to rescue it. Last fall, the group salvaged the old light and sound programs that lived on paper tapes, transferring them to modern software and turning the Triforium on for three Friday night “Polyphonoptic Parties.” Complete with performances by local musicians, the group declared it an opportunity to experience it the way Young meant it to be. While no parties are on the calendar currently, it’s still worth a peek (and probably an Instagram post) if you’re headed Downtown.

Say Hello to the New Riverwalk