Quentin Tarantino’s Hollywood: Recreating 1960s L.A. for “Once Upon a Time” 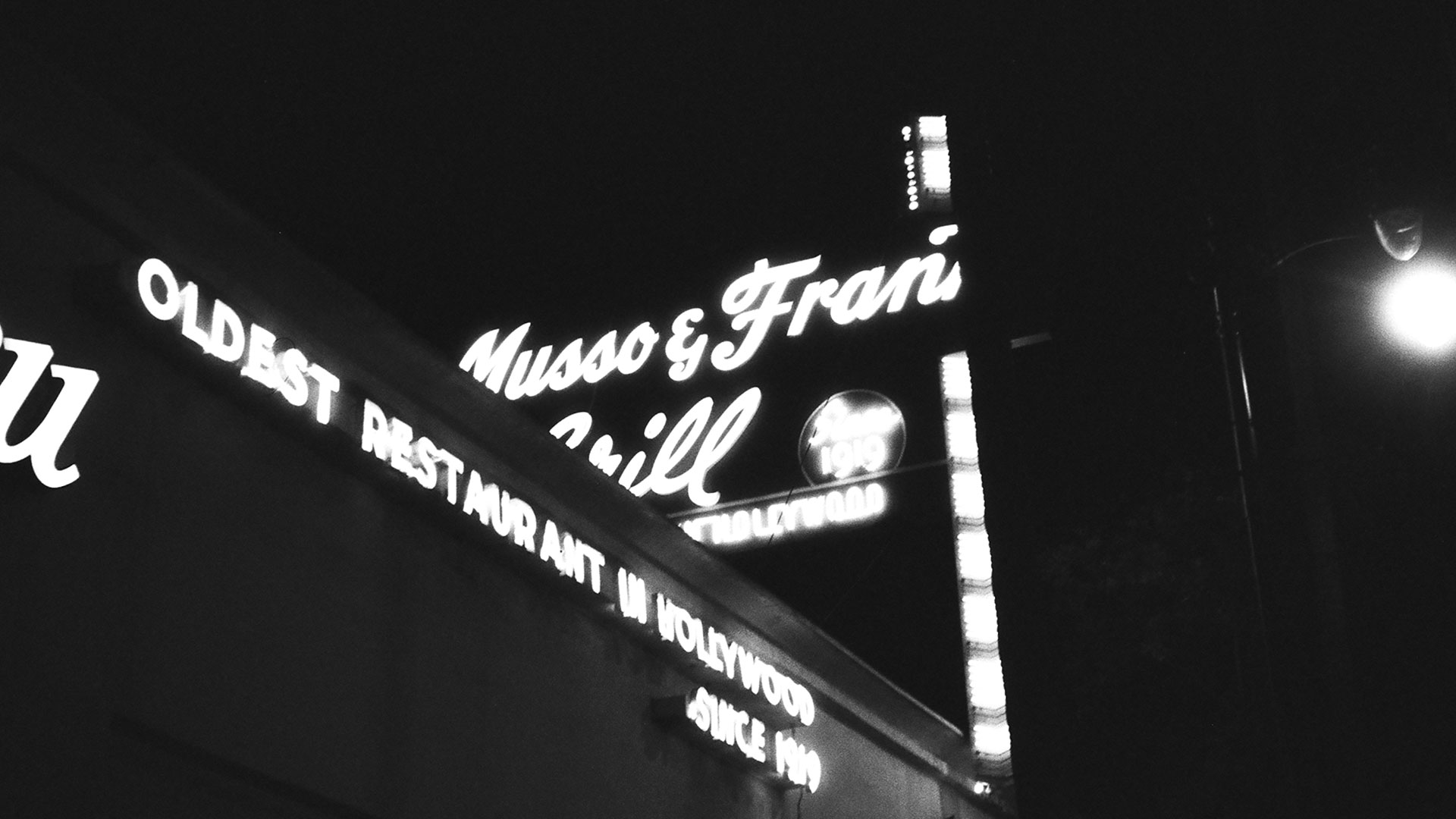 The corner of Riverside Drive and Forman Avenue in Toluca Lake does not feel like Hollywood. There’s a Japanese restaurant on one corner, a real estate office on another, and no landmarks to speak of, outside of the Bob’s Big Boy sign down the road. But it was also the home of the Money Tree, a restaurant famous for being, among other things, a favored hangout spot for the Rat Pack. It was also a restaurant at which a young Quentin Tarantino used to dine with his family.

The producer, director, and screenwriter may have only been six years old around the Sharon Tate murders of 1969, the year depicted in Once Upon a Time in Hollywood, but this period in Hollywood’s history is still personal to him.

“There was stuff that [Tarantino] wanted to look at that really was a walk down memory lane for him personally,” says Rick Schuler, the supervising location manager for the film.

The Money Tree is gone — the address is now tied to Forman’s Whiskey Tavern — but Tarantino’s affection for a long-passed time in Hollywood’s history remains. And in Once Upon a Time in Hollywood, Tarantino, Schuler, and the rest of the crew take viewers back to old-school LA, de-aging locations that still exist and recreating those that don’t.

The film takes place in almost a fairy-tale version of Hollywood, during a time when Dean Martin made silly spy movies and Westerns were spreading around the globe. Aging TV star Rick Dalton (Leonard DiCaprio) and his stunt double Cliff Booth (Brad Pitt) are trying to hold onto their own versions of “the life,” while young Sharon Tate (Margot Robbie) is just starting to become a superstar. The lights are bright, the dreams are big, and one cataclysmic event could bring it all down.

To shoot a film about Hollywood in the ‘60s, of course, means starting on Hollywood Boulevard. Some history remains; Musso and Frank’s restaurant, where DiCaprio’s Rick Dalton meets an agent played by Al Pacino, has hardly changed in 50 years, and the Frolic Room’s neon sign tells the audience exactly where Dalton loses his license for the last of a series of DUIs. Casa Vega and the El Coyote Cafe, two classic L.A. Mexican restaurants, set the stage for Dalton and Booth’s drink-up and Tate’s meal with friends on August 8, 1969, respectively.

But to really take the viewer back in time involved putting up temporary marquees, bringing back long-gone club and bar names, and even, thanks to creative angles and a little bit of computer magic, creating something that modern-day Hollywood lacks: space.

“The Cinerama Dome had parking lots all around it,” Schuler says. “It was an isolated building at the time in 1968. So, there’s something about space, not as concentrated with buildings [that feels like the era]. We redid the Mann’s Chinese [Theatre] parking lot in downtown LA [now the TCL Chinese Theatre] … I remember when Mann Chinese was sort of an isolated building, too.”

Los Angeles is a transitory city, especially in the 21st century. Strip malls get knocked down and turned into apartment complexes, and the old is always waiting to be replaced by the new. Locations like the Van Nuys Drive-In and Pandora’s Box (a nightclub and coffeehouse that hosted everyone from free jazz artist Carla Bley to the uncategorizable Frank Zappa) had to be replicated, using alternate locations (the Paramount Drive-In Theaters and Joseph’s Café, respectively).

Thanks to its subject matter, one of the film’s most important locations needed to be replaced. The road that leads to Spahn Ranch, the home of the Manson family, is on the property of Rocky Peak Church, which is uninterested in reliving that history (with good reason).

“So for that,” Schuler says, “it was important to find that sort of Santa Susana Mountain rock formation, which we were lucky to find a few miles down the road at Corriganville [Movie Ranch].” (Scenes were shot for series like The Lone Ranger and Star Trek here, too.) “The architectural landscape was the same as far as the rocks, the flatness of it with the hills going up.  … [Tarantino] couldn’t believe that we had found something that resembled it so well by happenstance.”

One may expect a director like Tarantino, who exercises a great amount of creative control, to have locations in mind for every scene. But according to Schuler, while the auteur did have some must-haves, he was quite open to his crew’s collaboration.

“He was clear about Musso and Frank’s, El Coyote, Casa Vega, and his concentration on Hollywood Boulevard — he just loves the marquees,” Schuler says. “But on some stuff he was like, ‘Well, you just tell me, Rick, what you want to do.’”

But as much as Once Upon a Time in Hollywood is Tarantino’s love letter to Hollywood, Schuler says working on scouting and securing these locations was a dream for him as well.

“I came to LA in 1983, but when I started scouting [around ’89], LA just remained the same,” he says. “It had stopped in time and no development took place. I think it was not until [the mid-2000s] that it took off, and now it’s like I can’t recognize half of Hollywood and LA. It seems like you go around a corner, you go, ‘I don’t remember what that building was or what was there before.’ So, for me, it was exciting to go back in time.”