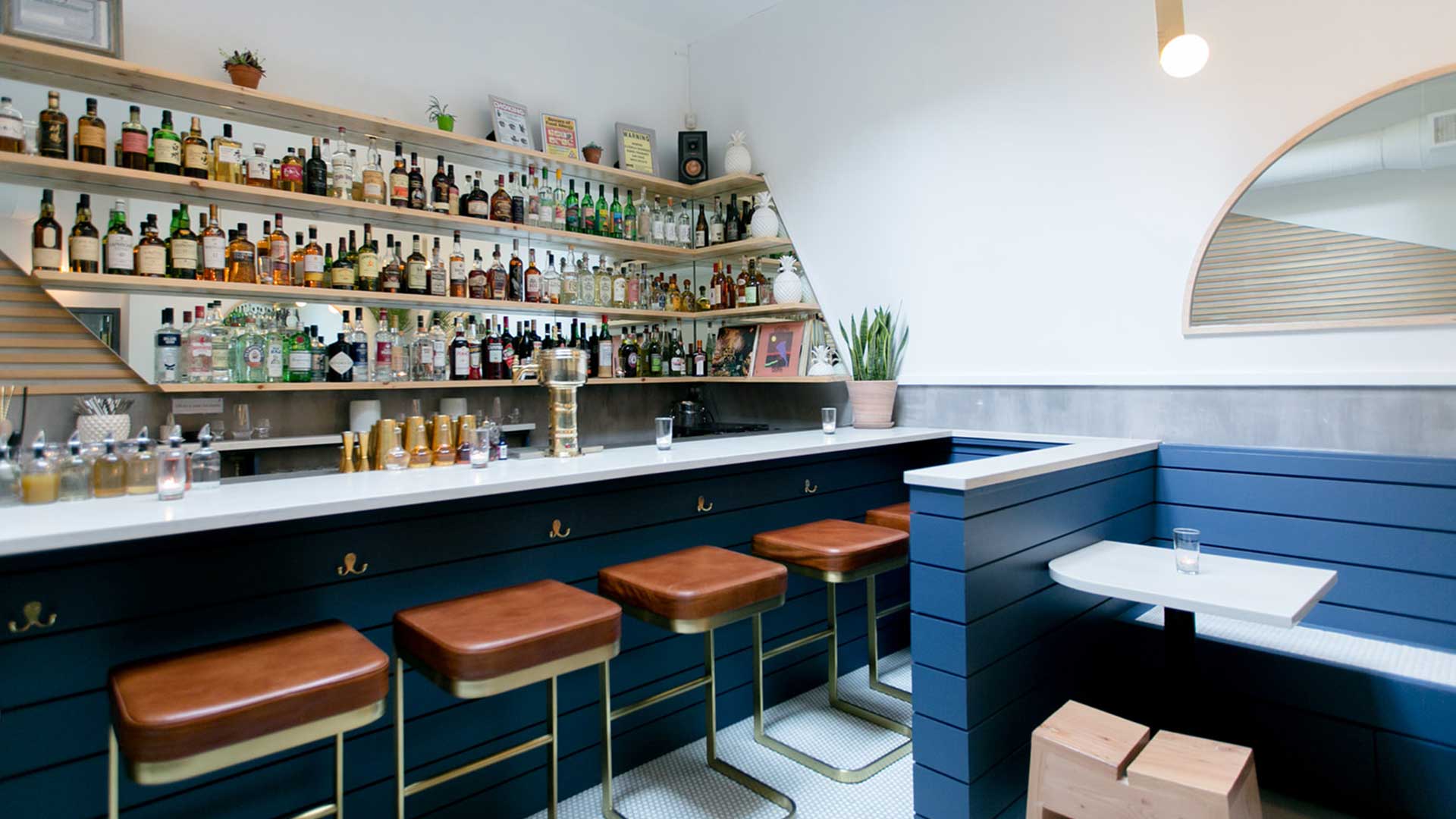 Searching for a secret hideaway to leave the city behind for an hour or two? Through secret doors and up winding steps, you’ll find some of New York City’s most charming speakeasies. Come for the exclusivity, but stay for the one-of-a-kind decor and unforgettable cocktails.

Established in 1993, Angel’s Share arrived in the East Village long before New York’s current speakeasy craze roared to life. The refined Japanese cocktail bar is located behind an unmarked door inside the restaurant Village Yokocho, and remains a secret to many on the block even today. Here, no standing at the bar is allowed, and only groups of four or fewer can enter. The result is a soothing, intimate space where each cocktail is crafted with thought and care. 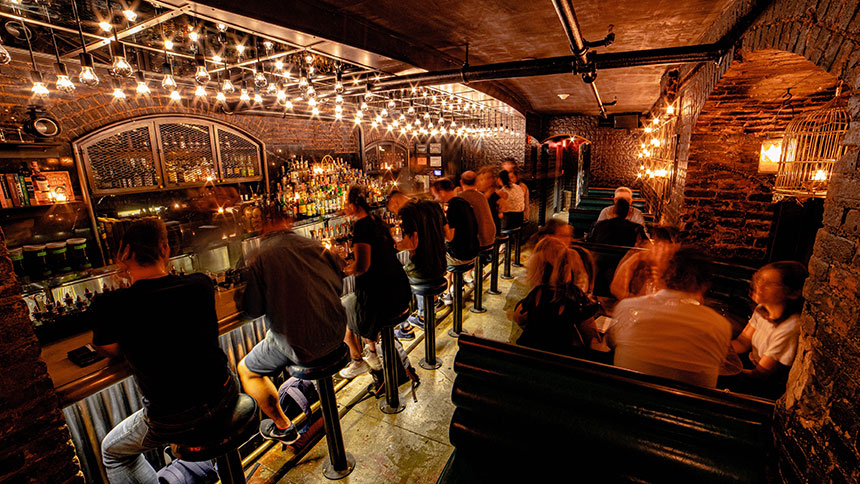 Patent Pending makes its home in NoMad’s Radio Wave Building near Mondrian Park Avenue, also known as the space where Nikola Tesla lived and experimented with radio waves in the 1890s. The bar pays homage to Tesla’s work with electric-themed beverages and a detailed menu reminiscent of the scientist’s early sketches. The bar can be reached through a back door inside the Patent Coffee cafe, which serves high-end espresso by day.

Tucked away in a 19th-century apartment above restaurant Burke & Wills, the Manhattan Cricket Club is a gold-brocaded Upper West Side treasure. The space has the air of an old-fashioned gentlemen’s club, and even offers a private liquor-locker program, but non-members are just as welcome to pay a visit. With old-world design touches and an excellent selection of whiskey, you may never want to leave. 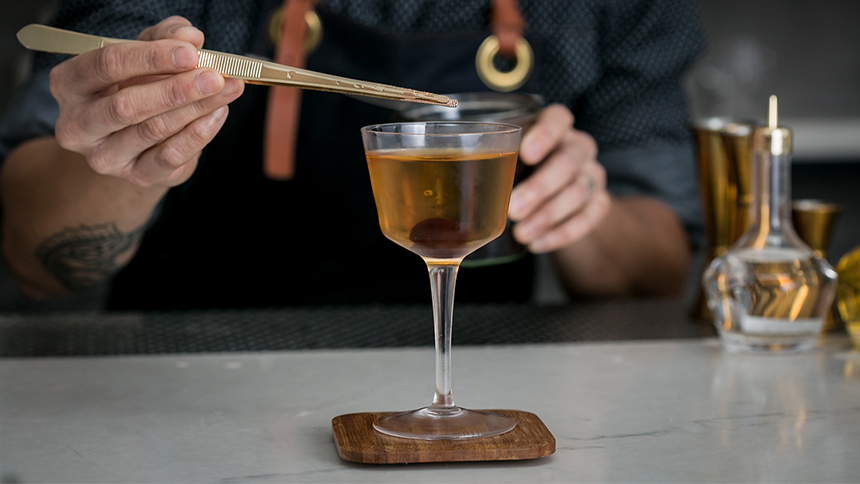 If you’re looking for a change of pace from the classic speakeasy’s dimly lit vintage aesthetic, look no further than The Hidden Pearl. This bright, sunny space boasts tropical cocktails and tasty small plates. With skylights, gold light fixtures, and a sleek marble bar, the bar forgoes the cozy vibe in favor of a more jovial experience. You can find this haven hidden in the back of Wanpaku Ramen.

Bohemian is perhaps one of the toughest speakeasies in the city to snag a reservation for, but it’s well worth the effort. Located behind a Japanese butcher shop, Bohemian offers a robust food menu alongside exquisite drinks. The space was once Andy Warhol’s home, and later on, Jean-Michel Basquiat’s live-in studio. As you admire Bohemian’s Zen, minimalist decor, you can feast on sashimi or steak while sipping on beautifully crafted beverages. 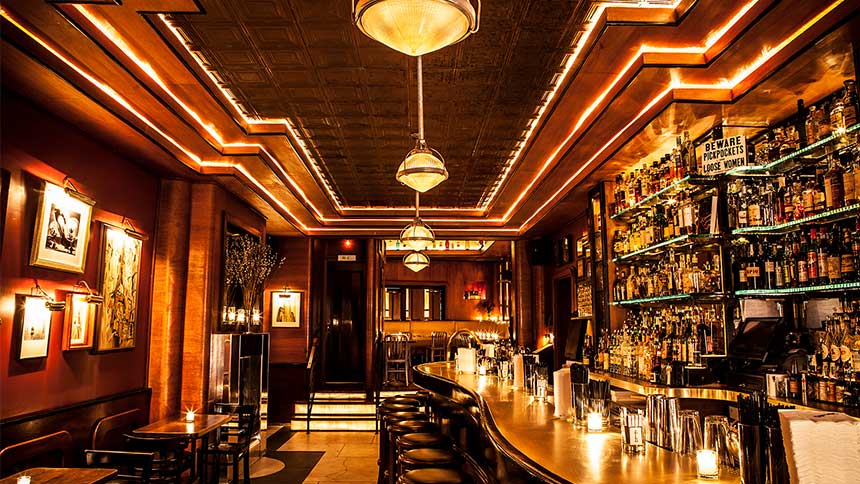 Visiting this retro gathering space is like stepping into the past, complete with vintage suitcases, an Art Deco bar, and historic Eastern European design touches. Located behind a fortune teller’s storefront, Employees Only has earned worldwide acclaim for its renowned cocktails, fantastic fare, and its ability to serve it all with an approachable, pretense-free attitude.

Short for Please Don’t Tell, PDT is the stuff of New York City legends. You can access PDT by entering a phone booth in East Village hot dog spot Crif Dogs and dialing on its red rotary phone to signal to the hostess to let you inside. In the decade-plus since PDT’s opening, it’s become one of the most coveted cocktail joints in Manhattan. Sip on expertly mixed creations as you kick back in leather booths, and if you’re hit with hunger pangs, you can order hot dogs from next door to pair with your drinks.

The Best Cider Bars in Chicago