That’s Amore in Chicago: 5 Ideas for a Romantic Retreat 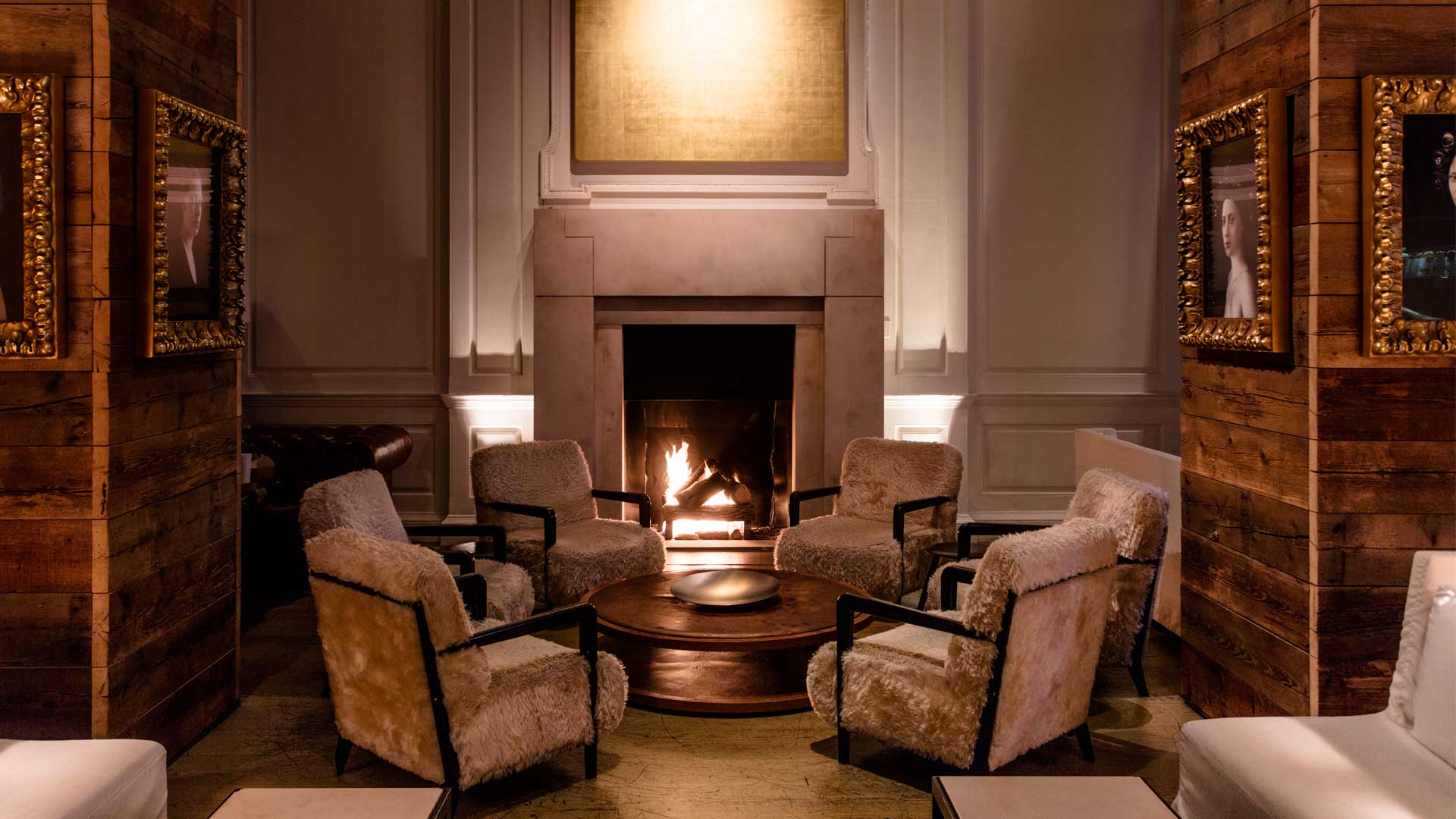 Some cities are synonymous with romance: Paris comes to mind thanks to its twinkling lights and corner cafes, and if you’ve ever seen couples taking carriage rides through Central Park, you know that New York is for lovers.

One city that might not immediately conjure heart-shaped imagery, however, is Chicago. But make no mistake — the Windy City was practically made for wooers and their wooed, too. Beyond its world-class food, theater, museums, and sports, Chicago is a lovesick city at its core. From romantic restaurants and bewitching bars to inspiring vistas and intimate activities, it’s an urban aphrodisiac that packs the perfect date-night punch.

But don’t take our word for it — find out for yourself by planning an amorous escape for you and your partner. Here are five can’t-miss items to add to your itinerary.

1. Connect over a a candlelit dinner.

Wine. Cheese. Fire. These three ingredients are the Holy Trinity of romantic dates, and you can find them all at what is arguably Chicago’s most romantic restaurant: Geja’s Café. Located in Chicago’s posh Lincoln Park neighborhood, Geja’s is a subterranean fondue restaurant that dates back to 1965. Warm, dark, and cozy, it’s aglow with candlelight and abuzz with the sounds of classical guitar. The interactive food — bread and fruit with cheese fondue, meat and vegetables cooked in oil, and chocolate fondue for dessert — is almost as romantic as the atmosphere.

If fondue doesn’t appeal to you, try the BYOB gem Tango Sur, an Argentinian steakhouse in Chicago’s Southport Corridor that’s as well known for its candlelit ambiance as it is for its delicious empanadas and savory grilled meats.

Too cold to venture out? Stay in. For guests and visitors alike, Ambassador Chicago boasts its own romantic hideaway: The Library, a European-style coffee house by day and a chic cocktail lounge by night. The roaring flames of its the custom limestone fireplace are the perfect backdrop to an amorous evening. For dinner, make your way into to Food Gallery, Ambassador’s modern American restaurant & bar. Serving up prime cuts of steak, house-made pastas, and more, each dish is seasonally driven and thoughtfully crafted with the highest quality ingredients.

2. Drink each other in at a sultry speakeasy.

The perfect cocktail — or mocktail, if you prefer — can take a date from “good” to “great” in the span of just a few sips. But not just any bar or tavern will do. If you want your partner to feel special, sidle up to the bar at an exclusive Chicago speakeasy. Favorites include Wicker Park’s The Violet Hour, which offers a refined hipster vibe inside sophisticated and dimly-lit digs; River North’s The Drifter, a 1920s-era hangout in River North that’s known for tarot card-inspired cocktails and tasteful burlesque performances; and Logan Square’s The Ladies Room, whose throwback space was inspired by the illicit gambling dens of Macau’s red light district, circa the 1920s.

3. Take their breath away with magnificent views.

A post shared by City Winery Chicago Riverwalk (@citywineryriverwalk) on Mar 4, 2019 at 11:18am PST

Although Chicago is teeming with atmospheric bars and restaurants, the ultimate backdrop to a romantic date is the Windy City itself. To take it in, get into an elevator and head to the top of the town. You’ll find some of the best views at The Signature Room at the 95th, a chic spot for dinner or drinks on the 95th floor of the iconic John Hancock Center, and aboard Navy Pier’s Centennial Wheel, which offers an exclusive VIP gondola that’s perfect for romantic outings.

Because the views from the ground in Chicago can be just as spectacular as the views from the sky, consider reserving an al-fresco “River Dome” at City Winery on the Chicago Riverwalk. Although they go fast and are only available seasonally — October to December and March to May — the heated riverside domes are an idyllic spot from which to imbibe fine wine and city scenery at the same time.

4. Hold their hand during a snugly stroll.

A post shared by Kelly Hubert (@directionphotographybykelly) on Jan 17, 2020 at 7:02am PST

Sometimes, the simplest activities are the sweetest. And nothing is simpler or sweeter than a stroll through Chicago. On nice days, two of the prettiest places for a scenic Windy City stroll are the Alfred Caldwell Lily Pool near Lincoln Park Zoo and the Garden of the Phoenix in Jackson Park. Open mid-April through mid-November, the former is a 3.14-acre natural area that’s known for its native water lilies, stone paths, and idyllic water features. The latter, meanwhile, is a lush Japanese garden—complete with cherry blossoms that bloom in the spring—that dates back to 1893, when Japan gifted it to the United States as part of the Chicago World’s Fair.

If it’s too cold out or you’re in town off-season (say, for Valentine’s Day), take your stroll indoors to the Garfield Park Conservatory, or trade strolling for ice skating at the Maggie Daly Park Skating Ribbon.

Few things are quite as stress-busting as a romantic spa date. Fortunately, Chicago has romantic spas in spades. Two favorites are AIRE Ancient Baths, which offers candlelit spa treatments and soaking pools inside a former 19th century factory, and Kohler Waters Spa at Lincoln Park, a day spa by luxe bath maker Kohler Co. that specializes in hydrotherapy.

Clearly, Chicago isn’t just a city for foodies and sports fans — on Valentine’s Day or any day, it’s also a city for lovers.

Your Guide To The Dreamiest Date Spots In NYC