The 5 Best Slices in NYC for Pizza Lovers 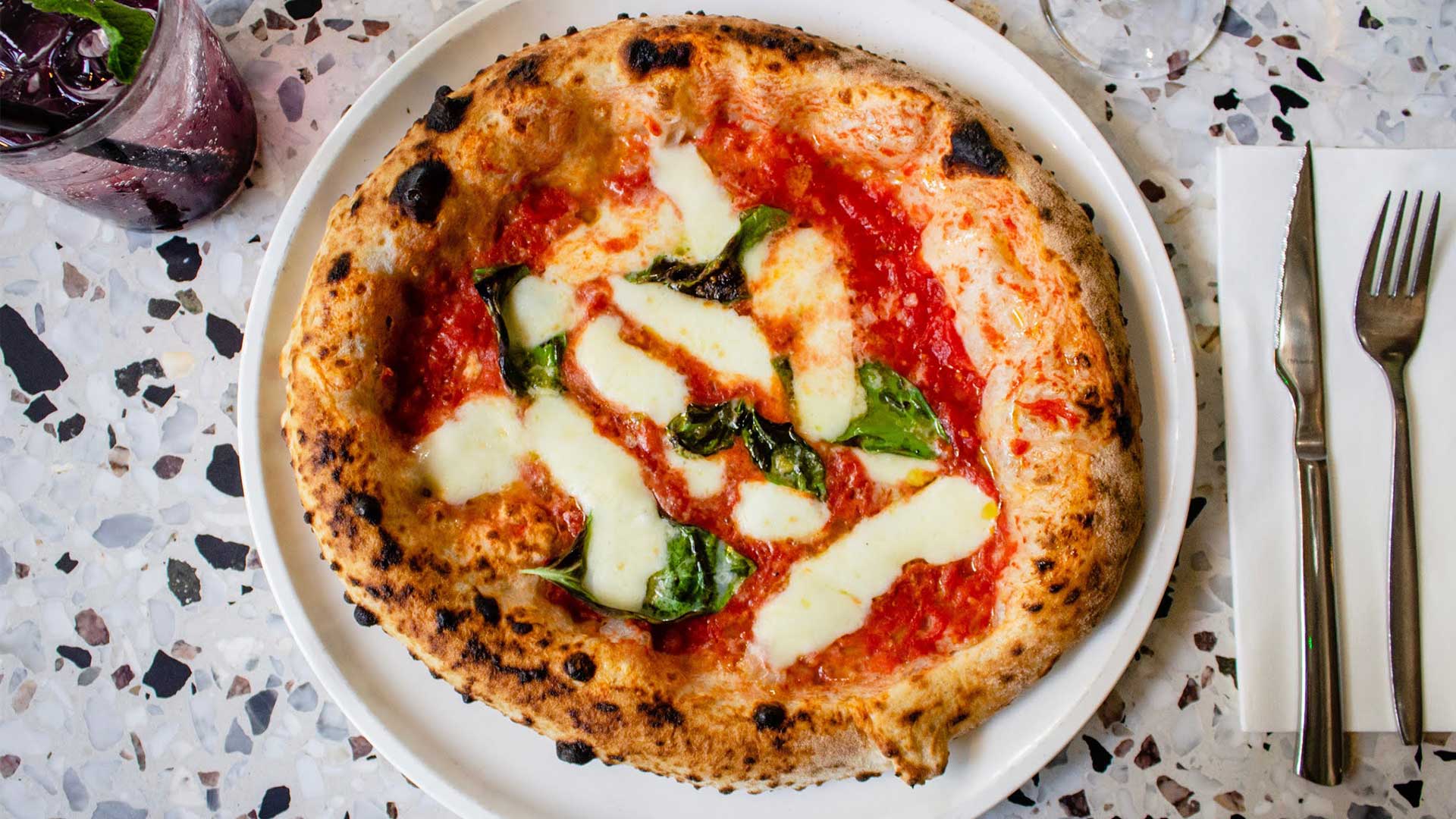 With its roster of iconic eateries and Michelin-starred establishments, New York City is one of the culinary capitals of the world — but even so, think about classic NYC foods, and your mind likely jumps straight to a humble slice of pizza. For visitors to the city, it’s a must-try dish, and with good reason: even for something as seemingly simple as this cheesy classic, New York arguably does it better than anyone.

The question is, where to grab a slice? It’s a contentious topic — but you can’t go wrong at one of these popular spots. Here are five of New York’s top players in pie, from gourmet Neapolitan-style takes to counter-service, paper-plated perfection.

For a no-frills, get-it-while-it’s-hot New York slice, the original Joe’s Pizza in Greenwich Village is the place to be. This prized counter-service institution has been doling out piping hot ‘za since 1975, and it’s been earning top marks among New York pizza aficionados and food critics ever since. Don’t let the speedy service or paper plates fool you — what it lacks in sit-down ambiance, it makes up for with obsessive quality. Joe’s pies are crafted with fragrant tomatoes, freshly shredded cheese, and expertly stretched dough that ends up crispy on the outside and chewy on the inside. To ensure each of these flavors shines through the way tradition intended it to, go for a slice of “plain” cheese (or three) — you won’t be disappointed.

Motorino’s cozy East Village hideaway serves brick-oven pies known for their deliciously puffy, charred crusts and somewhat-unexpected toppings paired with stretchy fior di latte cheese. Sure, you can go traditional with their excellent Margherita, but their most buzzed-about menu item just may be their Brussels Sprout pizza, topped with garlic, smoked pancetta, and of course, crispy sprouts. Locals know to start with their meatballs braised in tomato sauce, and to wash it all down with their chilled, semi-sparkling Gragnano “Pizza Wine.” While their 12th street location is their best-known (and the closest to Mondrian Park Avenue), they also have Williamsburg and Upper West Side locations — along with a handful of locations in Dubai and Asia, surprisingly.

Named for — you guessed it — the street it’s located on, people flock to this pint-sized Nolita shop for their iconic SoHo Square slices, which are Sicilian-style (as opposed to the round, fork-and-knife-required Neapolitan style that can often be found in the city, though they have these, too). Adorned with their secret sauce, their most popular SoHo Square selection is topped with thick, curled up pepperoni slices that act as tiny little “bowls” of pizza flavor. Stop by this beloved counter-service spot to refuel after a day of nearby Soho shopping.

Nestled in a bustling brick space on the Upper East Side, visitors can find not only a slice of great pizza, but also a slice of Naples itself. San Matteo Pizza Espresso Bar is one of New York City’s most authentic Neapolitan pizza spots, complete with TVs airing the latest football game (or, as we call it here, soccer) and busy waiters chatting and joking with each other. Its sense of place is undeniable, as is the quality of its menu offerings — in particular, its delicious cacio e pepe pizza blends two classic Italian dishes for a pie that’s both creative and simple. And, as the name suggests, espresso is a must to finish your meal. They’re known for their caffè crema, a creamy blend of milk, cream, sugar, and espresso. Now that’s amoré.

The trek over to Brooklyn is well worth it for Paulie Gee’s — and so is the wait you’re likely to encounter. Located in the artsy, eclectic Greenpoint neighborhood, Paulie Gee’s is lauded for their downright creative pies in a charming, candle-lit setting. By way of example, their Cherry Jones pizza is topped with Gorgonzola, prosciutto, dried cherries, and orange blossom honey, while their Hellboy pizza isn’t for the faint of heart, thanks to the Berkshire soppressata picante and Mike’s Hot Honey. Their vegan pizza complete with cashew “ricotta” comes highly recommended, too. (As this is Brooklyn, pair any of them with a cold, local craft beer.) If there was any doubt that Paulie Gee’s takes their craft seriously, note that there’s even a pizza-themed AirBnb apartment above the restaurant — though, for a luxurious Manhattan stay, retreat back to Mondrian Park Avenue after your Brooklyn adventure to enjoy a peaceful, post-pizza slumber in the city.

Get Cozy at These NYC Tea Houses