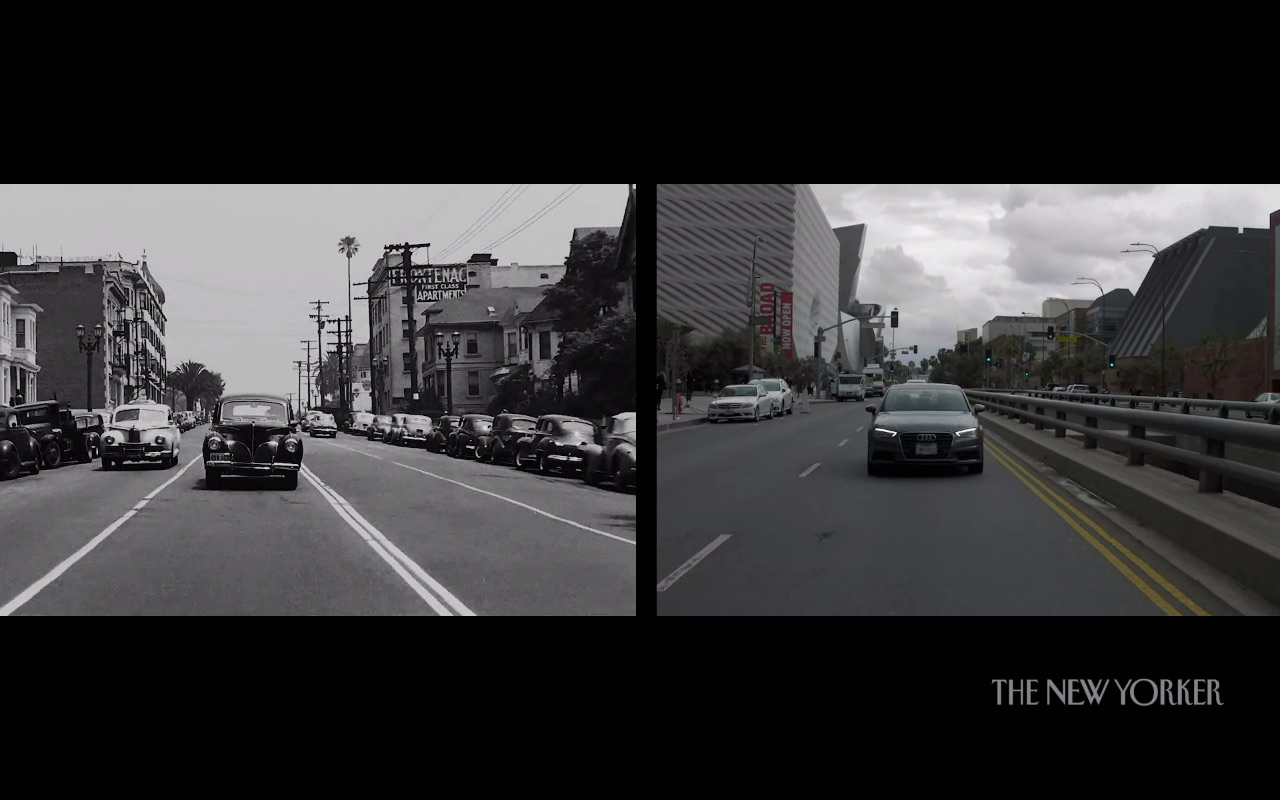 In a short film for The New Yorker, Keven McAlester explores the ways in which LA’s landscape has changed since the 1940s. In particular, how the city’s Bunker Hill Urban Renewal Project of 1959 adopted the historic neighborhood and within the decade reconfigured its streets, and altered its topography.

In Seventy Years of Los Angeles, Then and Now, the director charts history with a leisurely cruise of Bunker Hill; once populated with low-rise Victorian houses and period-perfect Chevrolet’s, it’s now home to hustle, bustle, skyscrapers, arts venues, and construction.

The tour bears witness to the city’s development, including the advent of present-day landmarks like The Broad, MOCA, and the Walt Disney Concert Hall, alongside downtown mainstays like LA Central Library. It’s an impressive, perfectly synced split-screen video about progress. One glaring difference on display: the early part of the twentieth century had not nearly as many taco trucks or detours as the mean streets of DTLA nowadays.

If you’re inspired to explore Bunker Hill, this small but mighty neighborhood has plenty to see and do. Right now, MOCA and The Broad have invigorating collections on display including The Art of Our Time at MOCA and The Broad’s Cindy Sherman: Imitation of Life, which showcases 120 works by renowned artist Cindy Sherman throughout its first-floor galleries. If sounds trump sights then check out the 2016/2017 calendar for the Los Angeles Philharmonic, tickets are still available for this season’s opening night gala with Gustavo Dudamel. And if you work up a hunger pounding the pavement, stop past Otium. Chef Timothy Hollingsworth has created a menu that’s eclectic and rustic, cooking with wood fire and sustainable ingredients grown in restaurant’s mezzanine garden.