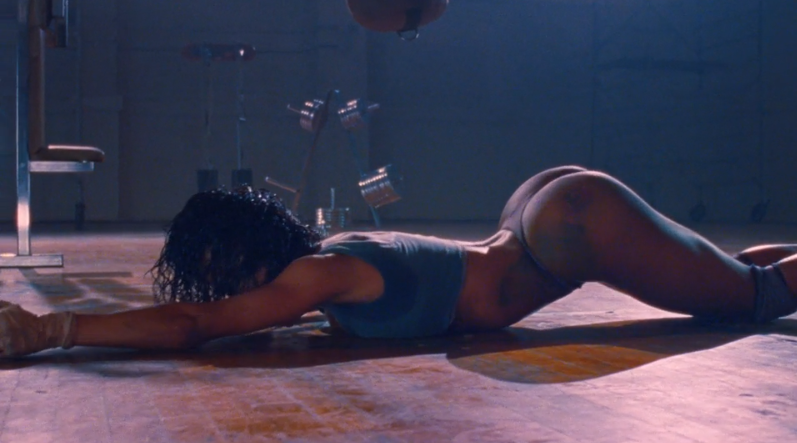 “I came here to present my new video, but before I do that, Imma talk,” said Kanye West on Sunday night. Before he reintroduced the world to Teyana Taylor, the singer, actress, and former star of MTV’s My Super Sweet 16, ‘Ye walked onto the MTV VMAs stage (a nostalgic place for the rapper) and launched into one of his trademark speeches.

“This is fame, bro!” he said passionately, before listing himself amongst the best “artist/merchants” of our time like Walt Disney and Steve Jobs, and shouting out his bud Chance the Rapper, his ex Amber Rose, and his wife Kim Kardashian West. Then he pressed play on a music video so sexually charged it set the internet on fire.

The racy, Flashdance-inspired clip to his The Life of Pablo track “Fade” was directed by Kanye and Eli Linnetz and filmed at The MacArthur, Westlake’s most historic property and Journal Group family member. It features Teyana’s chiseled body dancing and popping around a gym, then making out in the shower with her NBA-playing fiancé, Iman Shumpert.

Taylor is much more than just #bodygoals though. The 25-year-old is a longtime protege of the rapper, who contributed some vocals to My Beautiful Dark Twisted Fantasy and appeared on his Cruel Summer compilation. She also makes her own music and is currently signed to Yeezy’s G.O.O.D. Music label.

You can watch “Fade” on TIDAL.