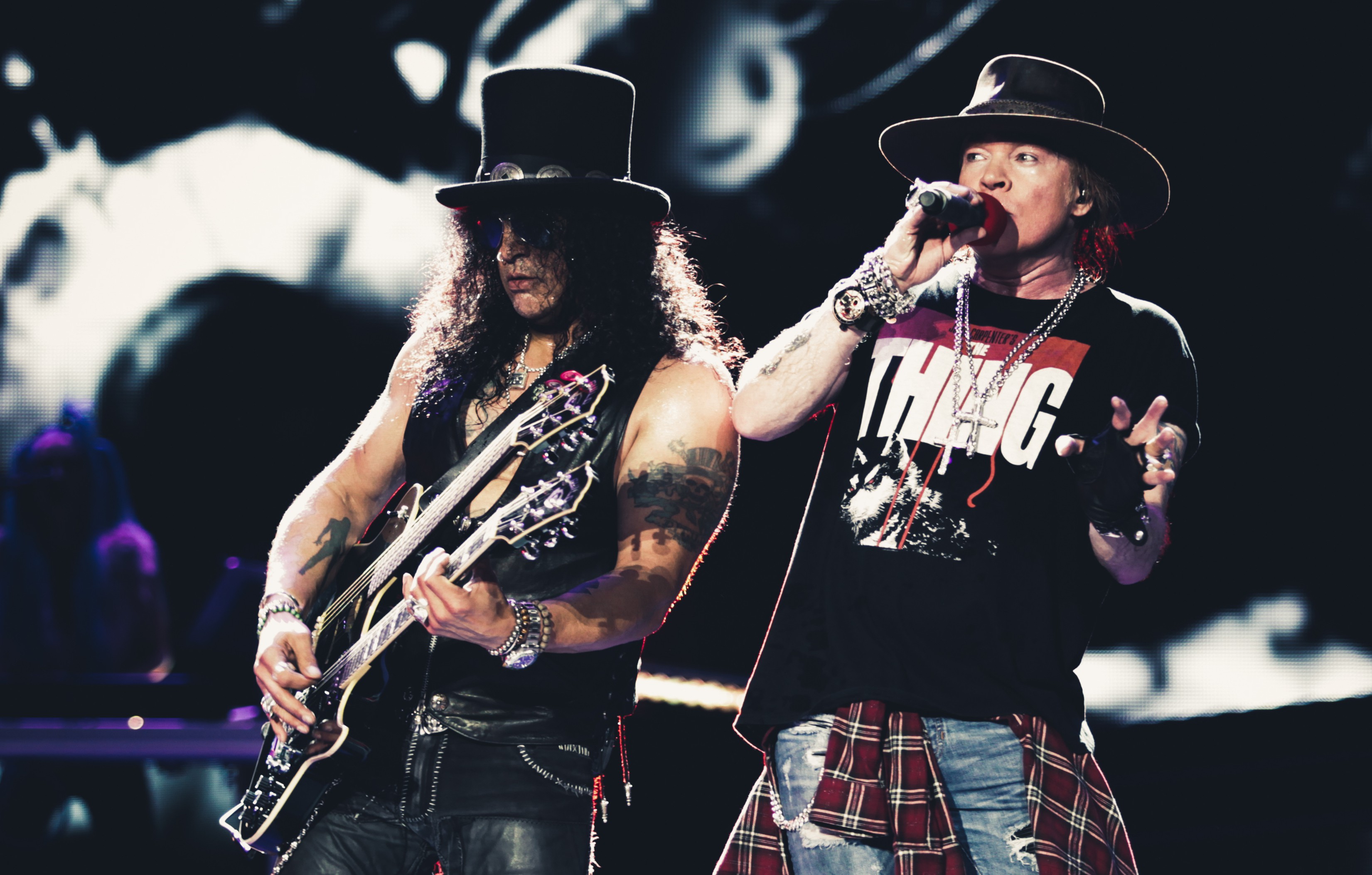 After Axl Rose and Slash closed out their massive Dodger Stadium show they headed to rooftop of The Hollywood Roosevelt to party with models and pizza.

Page Six reports the celebrations began around 1am when the band and some 200 guests pulled up in tour buses accompanied by “scantily clad models” and made their way up to the hotel’s infamous Gable & Lombard Penthouse. By 5am the Guns N’ Roses gods called it a night, but not before ordering 50 egg sandwiches to be delivered to their rooftop suite.

During the night, Rose was spied hanging out on the iconic Roosevelt Hotel sign taking in some sweet panoramic views of Hollywood. Slash’s girlfriend Meegan Hodges was on the guestlist, along with Kirsten Dunst and New York nightlife impresario Nur Khan. 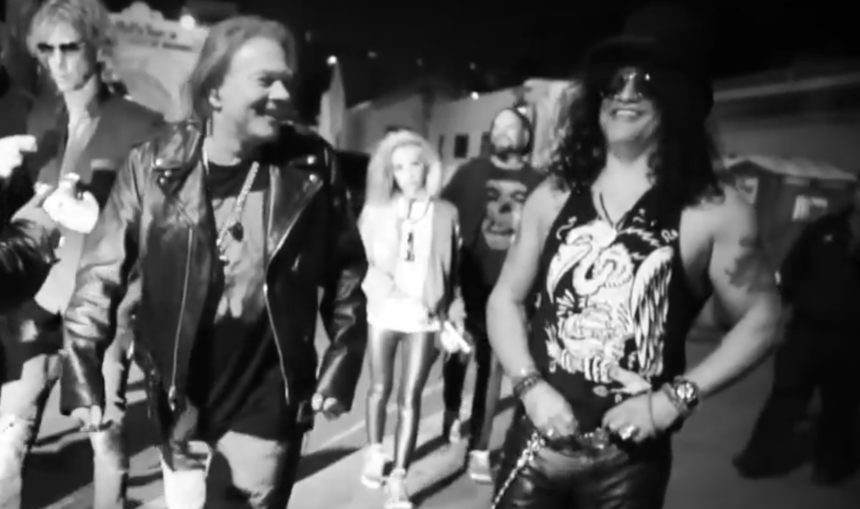