Halloween at The Hollywood Roosevelt

Halloween kicks off a few days early this year with a party at The Hollywood Roosevelt featuring a live performance by Big Sean on October 29th.

The annual event spans the 40,000 square feet of the historic hotel, where guests can enjoy access to the Tropicana Pool, Blossom Ballroom, Historic Lobby, and Public Kitchen & Bar, with VIP Access tickets also scoring an open bar at Teddy’s. And while the hotel’s lore provides for plenty of celebrity ghost sightings, attendees are invited to dress in their best costumes to party from 8-2.

Every year it’s one of the hottest tickets in town, but by all indications, this time they topped themselves. 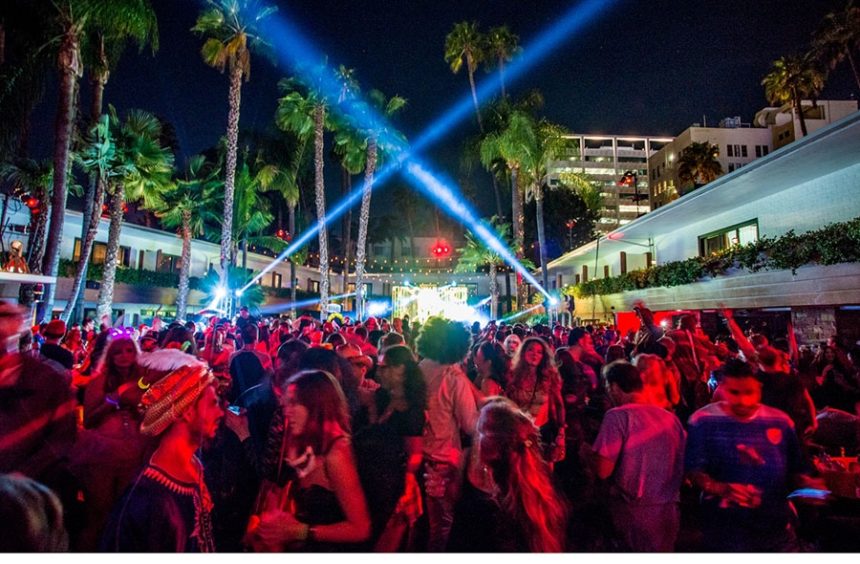 + Halloween at The Hollywood Roosevelt in 2015, photo via Jetset Mag

Last year’s celebration featured Travis Scott as the headliner, with Adam Auburn, SNBRN, and Jesse Marco also performing. Jetset Magazine described the night: “This was the 10th annual Halloween bash at the Roosevelt. Every year it’s one of the hottest tickets in town, but by all indications, this time they topped themselves. The ethos was sexy/spooky (I couldn’t help but be reminded of the latest season of American Horror Story), and it carried over into each of the four main venues of the party. Guests (many of them scantily-clad) were granted access to the grand ballroom, library bar, and Tropicana bar, as the hotel was transformed into a veritable maze of ancient crypts and dungeons.”

Over its 11 years as the essential Halloween party in Los Angeles, The Hollywood Roosevelt has hosted the likes of Chromeo, Erick Morillo, Biz Marquee, Marilyn Manson, and Master Mike from The Beastie Boys. With Big Sean headlining this year, it’s sure to be one for the books.