Five brewpubs to visit in Chicago 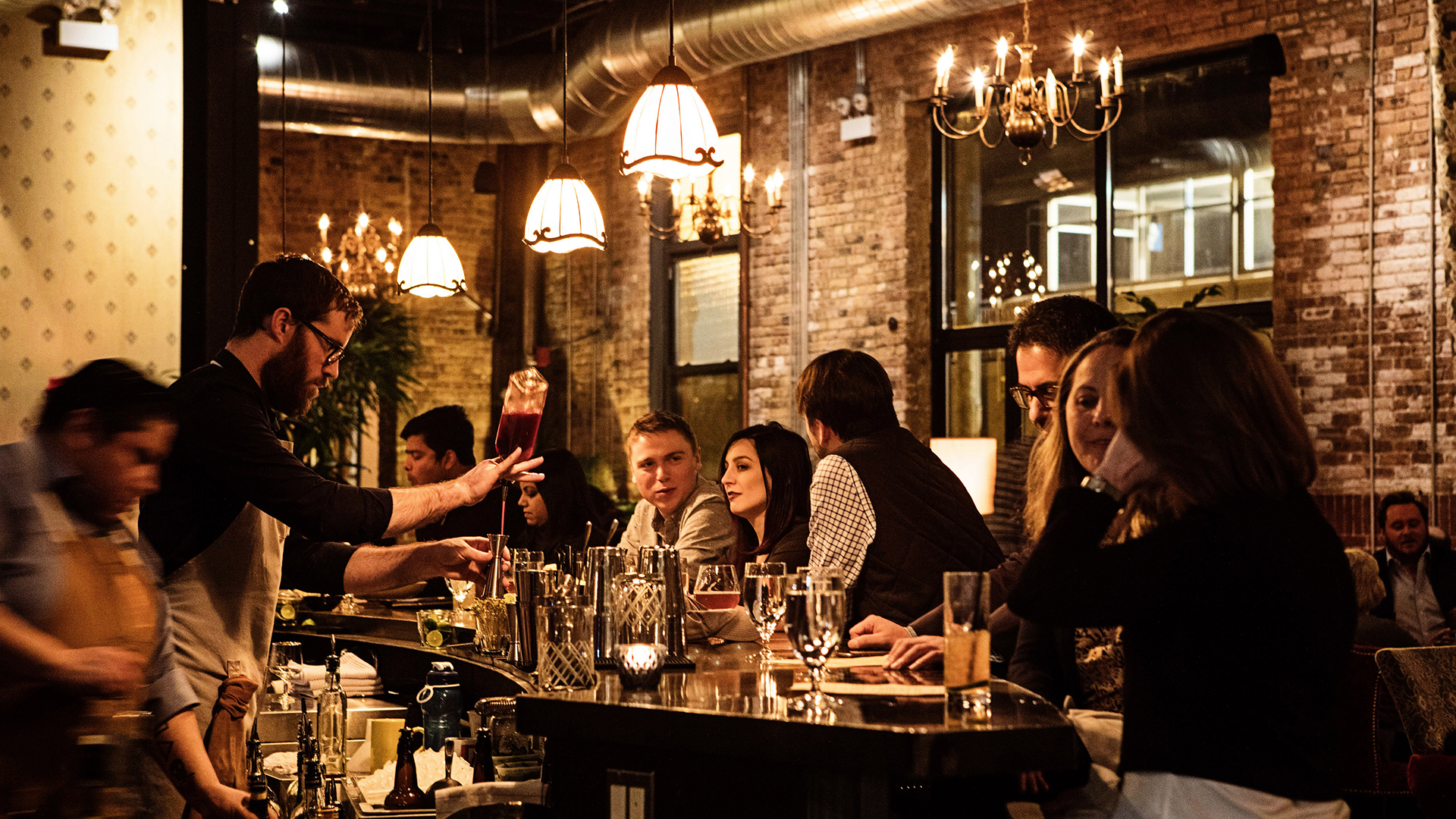 Chicago is fast emerging as a bonafide craft beer hub. Already home to some 150 breweries, each week seemingly brings news of another craft brewery or tasting room opening its doors in the Windy City.

In such an overwhelmingly varied beer-scape, one way to separate the good from the outstanding is through the food. (Plus, it’s best to sample multiple brews on a full stomach, right?). Inside a ten-mile range of the Ambassador, we’ve rounded up five of our favorite brewpubs—a mix of compelling newcomers and beloved standbys—all with killer eats to match draft pours that range from sessionable to smoky to sour. Cheers! 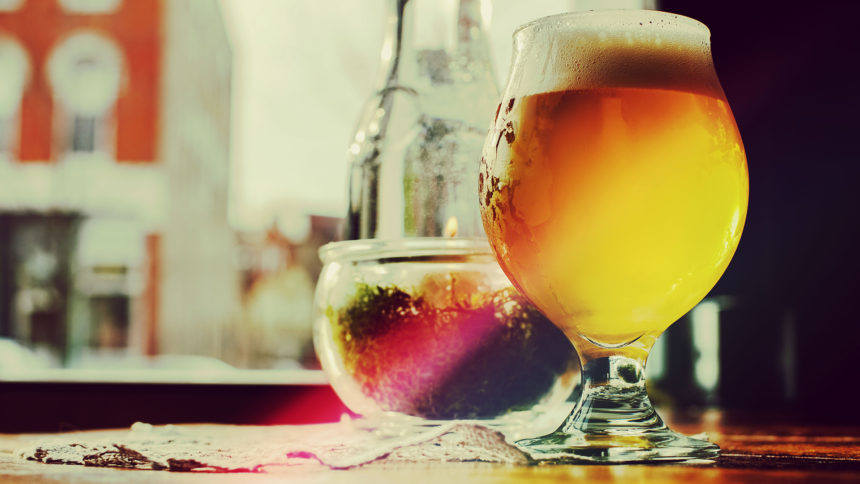 This rustic brick-front microbrewery from upstart brewers Frank Costanzo and Nancy Rockwell is the latest in a string of exciting beer-centric openings for this Near South Side hood. Alulu pours 11 oft-changing, house-made brews, each cleverly named for different sci-fi and fantasy genres. They’re known for porters and stouts (we love the Provender Cave coffee stout), but as the temps cool down, we’re loving the autumnally bready English brown ale, Crystal Keep. Foodwise, Jeff Hedin (Leopold) traffics in eclectic, globally inspired pub fare, from Ruskie pierogi and mussels and frites to charred house-made sausages. 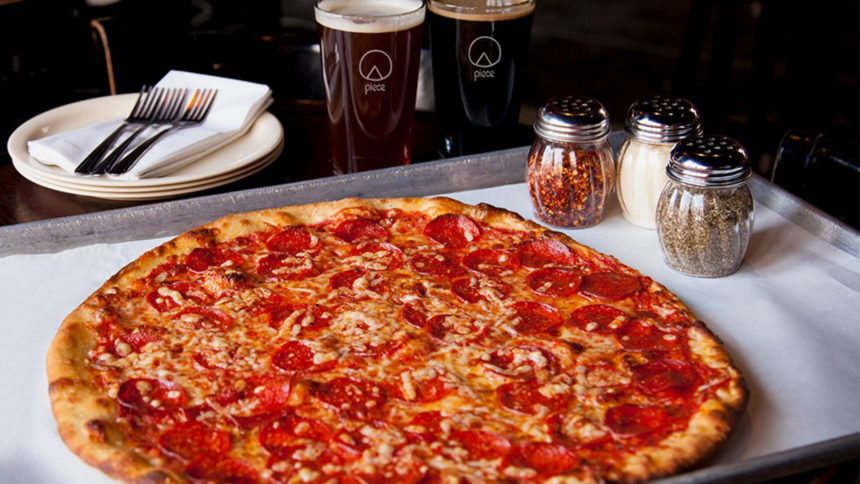 Quintessentially crisp-chewy, New Haven-style red and white pies are the engine behind this incessantly popular pizzeria—a longtime fave of many of the city’s best-known chefs. But you’d be remiss to overlook the award-winning brews flowing from the seven-barrel brewhouse on site. The Weight is a crisp, light American pale ale with a wheat backbone—an ideal match for pizza, in particular the clam- and bacon-topped white pizza. Insider tip: Piece doesn’t take reservations and gets quite packed at peak times, so go early. 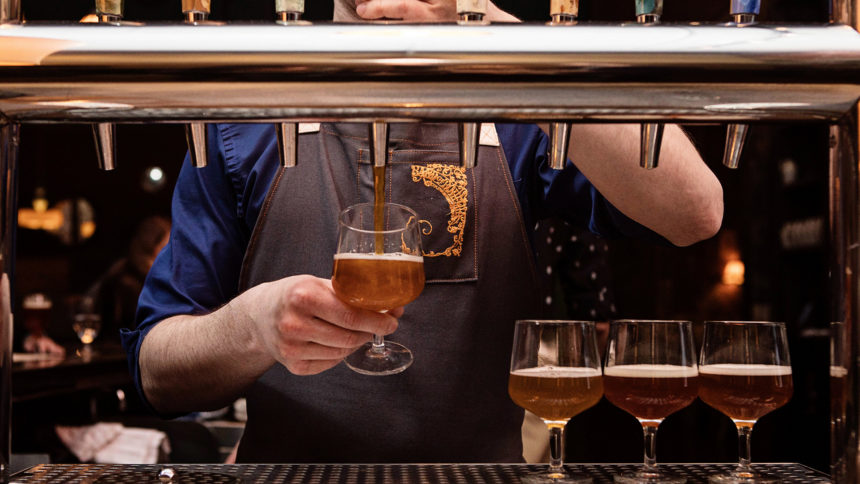 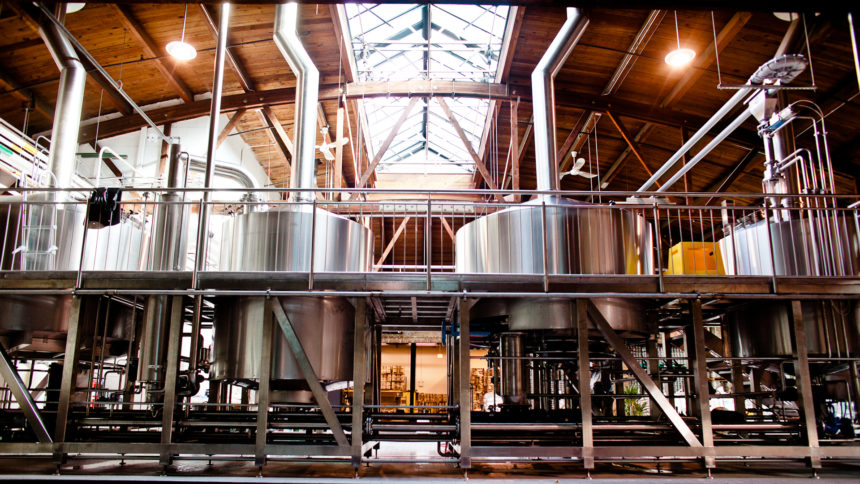 One of the city’s most beloved breweries, North Center-based Half Acre opened its long-awaited taproom and beer garden this fall as part of its expansion to a second, larger production facility in Bowmanville. Spanning 60,000 square feet of interior space (with additional seating in the outdoor beer garden), the taproom’s focal point is a massive wood trellis, built in an on-site wood shop. From the 17-strong draft brew lineup, our new-ish fave is the Tuna extra pale ale—full-bodied despite being below 5% ABV, with mouthwatering peach and guava notes. Balmoral’s food leans more upscale than the burrito-centric Lincoln Ave. menu, with offerings spanning warm salt cod brandade, a porchetta sandwich with turmeric pickles, and slow-roasted harissa salmon. 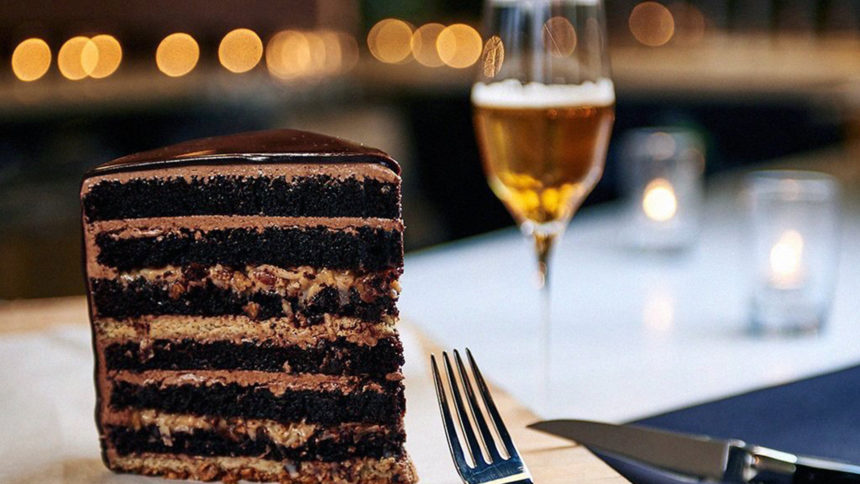