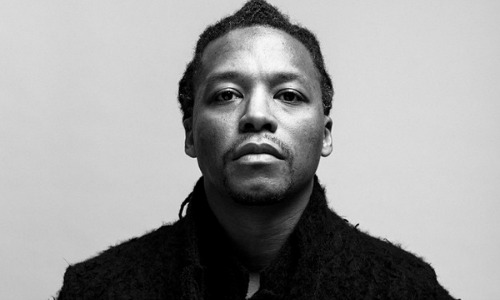 Chicago native Wasalu Jaco is a man of many talents and a couple of names. Jaco is better known as Lupe Fiasco, the rapper, record producer, and entrepreneur who shot to fame in 2006 with the debut album Lupe Fiasco’s Food & Liquor.

Jaco’s creativity has never been confined to one medium. In 2005 he launched the clothing line Righteous Kung-Fu; in 2013 he hosted an exhibition of photography, film, and soundscapes at Anonymous Gallery in New York City; and next month, he’s set to show off a new collection of fine art at Chicago’s Ed Pashke Art Center.

Beta is the name of Jaco’s solo exhibition and it will feature acrylic on canvas paintings of “brilliantly colored hard-edged geometric abstractions stamped with his signature memento mori skull symbol in sculptural relief,” the museum said in a recent release.

“His work is new, compelling, colorful and challenging, and I think Ed would be proud of it.” 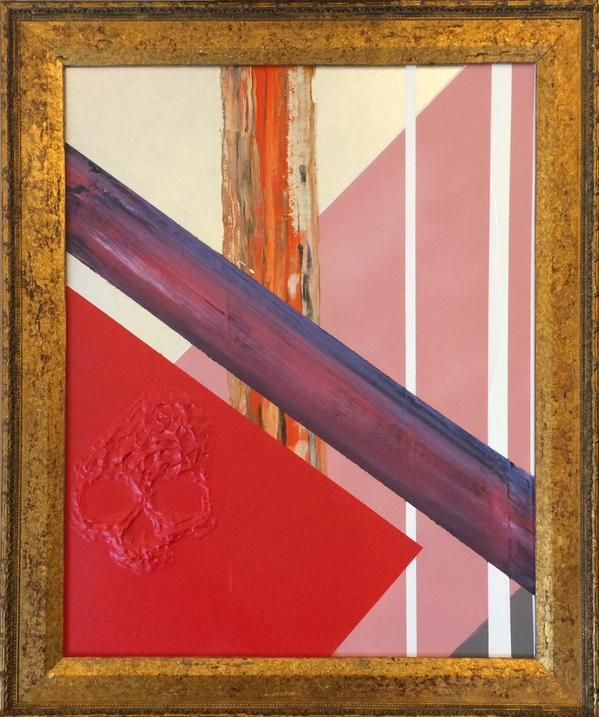 + Uomo Mangiato Tigre (Man Eating Tiger) by Wasalu Jaco, courtesy Ed Paschke Art Center. If the artwork looks familiar, it's because Lupe Fiasco used a version of it on the cover of his fifth studio album, Tetsuo & Youth.

The primary mission of the Ed Paschke Art Center is to preserve and provide public access to the work of Ed Paschke, a legendary Polish American painter who’s brightly-colored work was inspired by the pop art of Andy Warhol and often depicted themes of fame, sex, and violence. The museum includes a recreation of Paschke’s 2004 studio, alongside works from each period of his artistic career.

EPAC also serves as an educational resource for artists and academics, as well as an accessible platform for artists to showcase their work. The museum’s co-founder, Lionel Rabb said Jaco’s Beta is “new, compelling, colorful and challenging, and I think Ed would be proud of it.”

“I am thrilled to show my work in my home city of Chicago and the Ed Paschke Art Center. The themes I explore are perfectly suited for the art center’s mission to provide an accessible, open space for emerging artists,” Jaco said in a statement about the exhibit.

Beta opens on September 23 and runs until November 30, 2016. Kick Push your way to the Ed Paschke Art Center in Jefferson Park and check it out.

In Bed With… Wing Ta